The second-half goal from Isak was the only goal of the game. Real Sociedad won 1-0 (0-0) away to Osasuna in the La Liga.

Goal was scored right at the death with four minutes left to play, when Alexander Isak scored a goal made it 1–0 for Real Sociedad. He has now scored 17 La Liga goals this season.

Osasuna have 1 win, 1 draw and 3 losses with a 6–9 goal difference in the last 5 games, while Real Sociedad have 3 wins and and 2 losses and a 8–4 goal difference.

Osasuna finish in 11th place and Real Sociedad in fifth as the season rounds up. 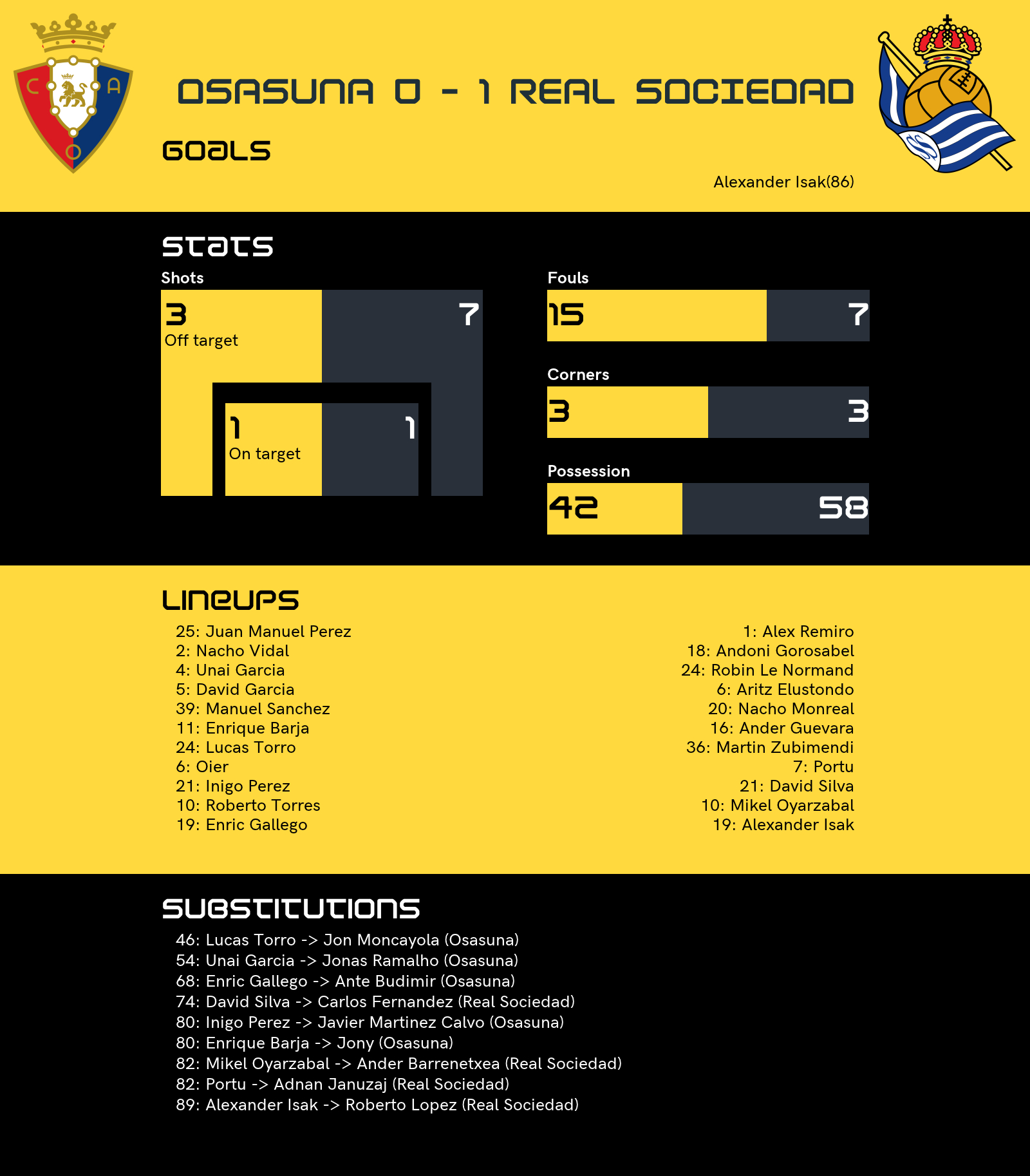