Millwall beat Bristol City at home in the Championship. Millwall had a 2-1 lead already by half time and ultimately won the game 4-1.

The hosting team Millwall started best and were already 1-0 up early in the game. After only 5 minutes Jed Wallace scored a goal.

Bristol City equalised to make it 1-1, as Tommy Conway scored a goal, in the 16th minute.

Millwall took the lead after more than half an hour’s play as Scott Malone scored a goal.

Straight after the break, Billy Mitchell scored and increased the team’s lead.

With more than 30 minutes on the clock, Millwall’s Tom Bradshaw scored a goal and increased their lead. This brought the final score to 4-1.

The result means the ninth game in a row without a win for Bristol City.

With one game remaining, Millwall are in 11th place in the table and Bristol City are in 19th.

Next up, Millwall face Coventry at St Andrew’s. Bristol City take on Brentford at home. Both games take place Saturday. 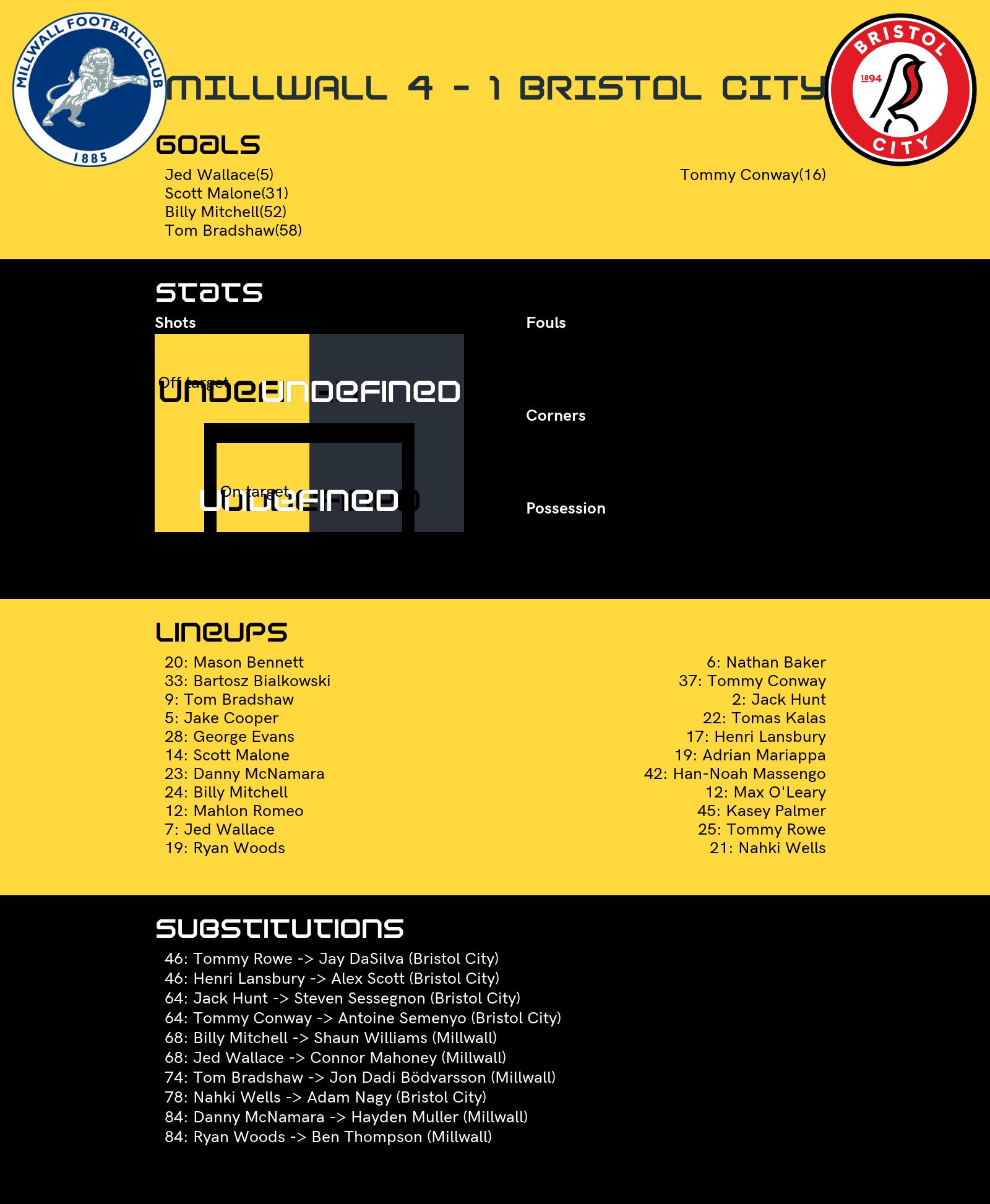