The game on Tuesday between Brentford and the visitors Cardiff at Brentford Community Stadium finished 1-1 (0-0). The result means Brentford remains unbeaten for the eighth consecutive game in the Championship.

The first half finished 0-0 and it took until the 57th minute before Kieffer Moore scored a goal to give Cardiff the lead.

With barely 30 minutes on the clock, Brentford’s Tarique Fosu scored a goal and equalised. The 1-1 goal was the last goal of the game.

The result means the fifth game in a row without a win for Cardiff.

Cardiff are in ninth place after the game, while Brentford are in fourth.

On Saturday, Brentford will play away to Bournemouth at 12:30 pm, while Cardiff will face Wycombe at home at Cardiff City Stadium at 3pm. 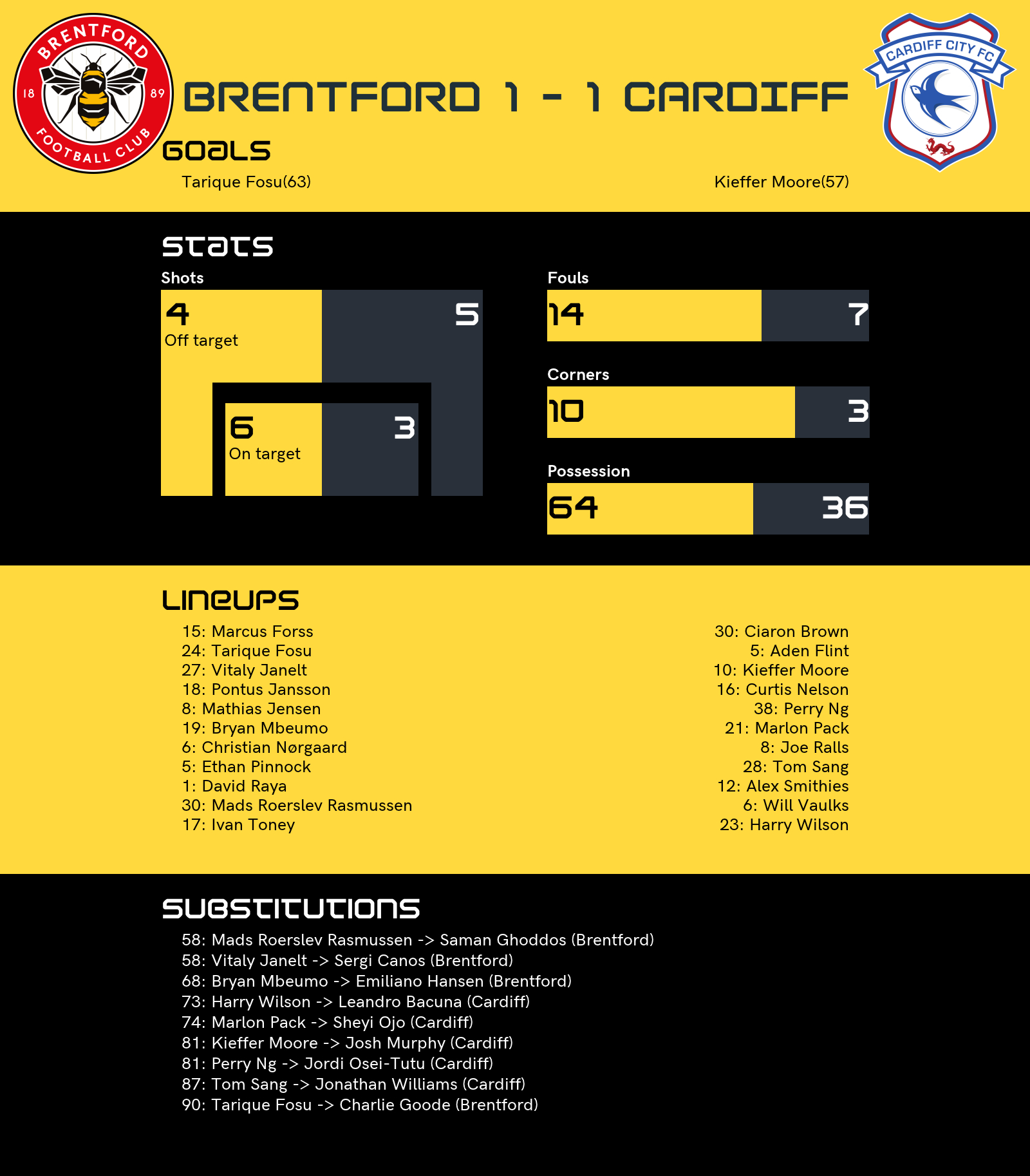