The visitors Hoffenheim started best and were already 0-1 up at the start of the game. After only 5 minutes Andrej Kramaric scored a goal from a pass from Sargis Adamyan. The goal was his 19th on target in the league this season.

Arminia Bielefeld equalised to make it 1-1, when Andreas Voglsammer scored a goal, in the 23rd minute. The second half was goalless and the match ended 1-1.

It means that Hoffenheim find themselves undefeated for the sixth game running.

With one game remaining, Arminia Bielefeld are in 15th place in the table while Hoffenheim are in 11th.

On Saturday, Arminia Bielefeld face Stuttgart at Mercedes-Benz Arena and Hoffenheim take on Hertha at home. 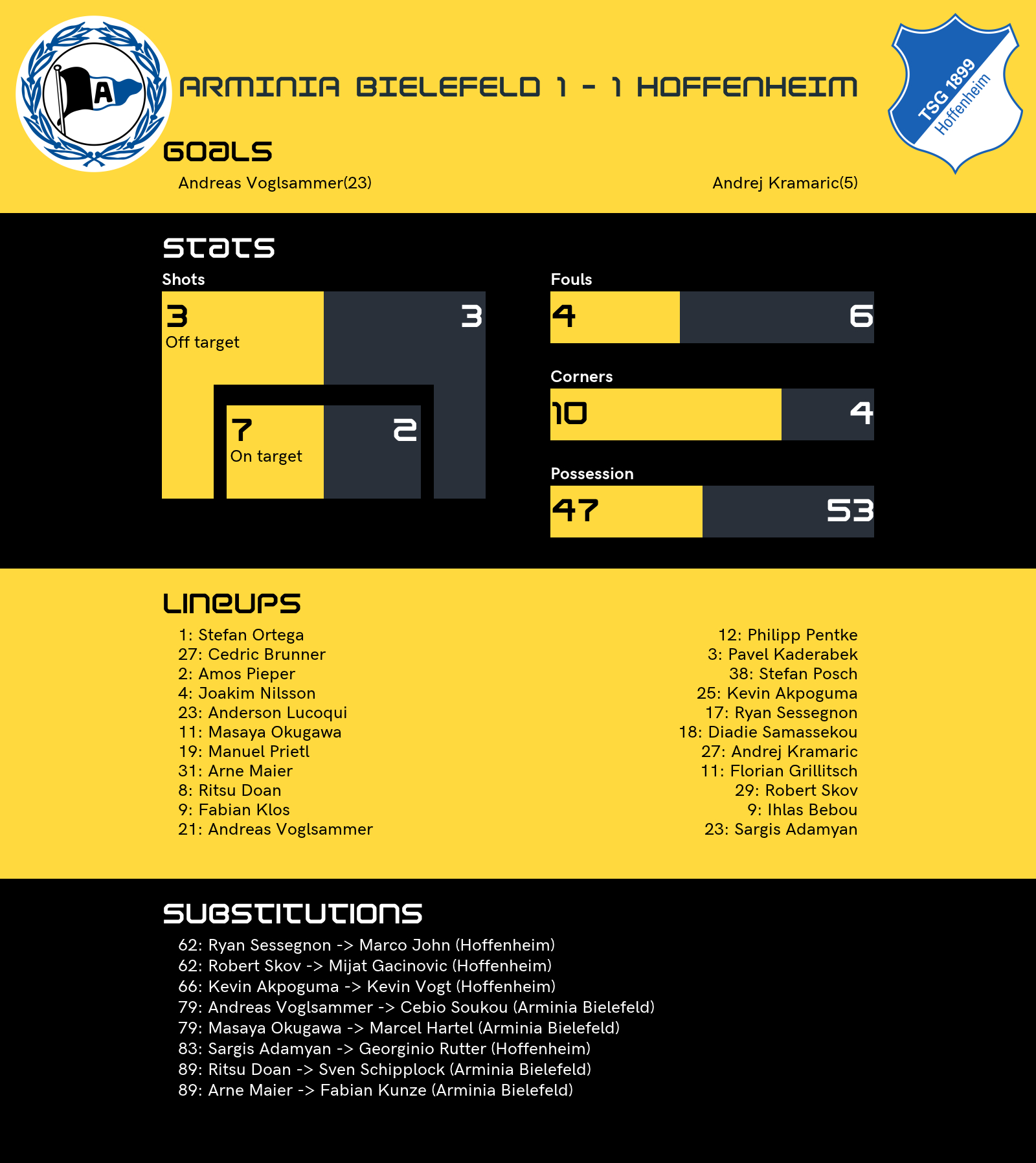