The away side Hertha Berlin were in control, leading 1-0 in the Bundesliga game. But Hoffenheim turned the game around and won 2-1.

Away team Hertha Berlin took the lead just before half time as Vladimir Darida scored a goal, with an assist by Marvin Plattenhardt.

Straight after the break, Sargis Adamyan found the net and equalised for Hoffenheim.

The deciding goal came in the 90th minute, when Andrej Kramaric scored a 2-1 for Hoffenheim, with an assist by Ihlas Bebou. The goal was his 20th on target in the league this season. The team had then turned the match around.

Hoffenheim have 3 wins and 2 draws with a 11–7 goal difference in the last 5 games, while Hertha Berlin have 2 wins, 2 draws and 1 loss and a 6–3 goal difference.

It was the last game in the league and the result means that Hoffenheim finish 11th in the table, withHertha Berlin in 14th place. 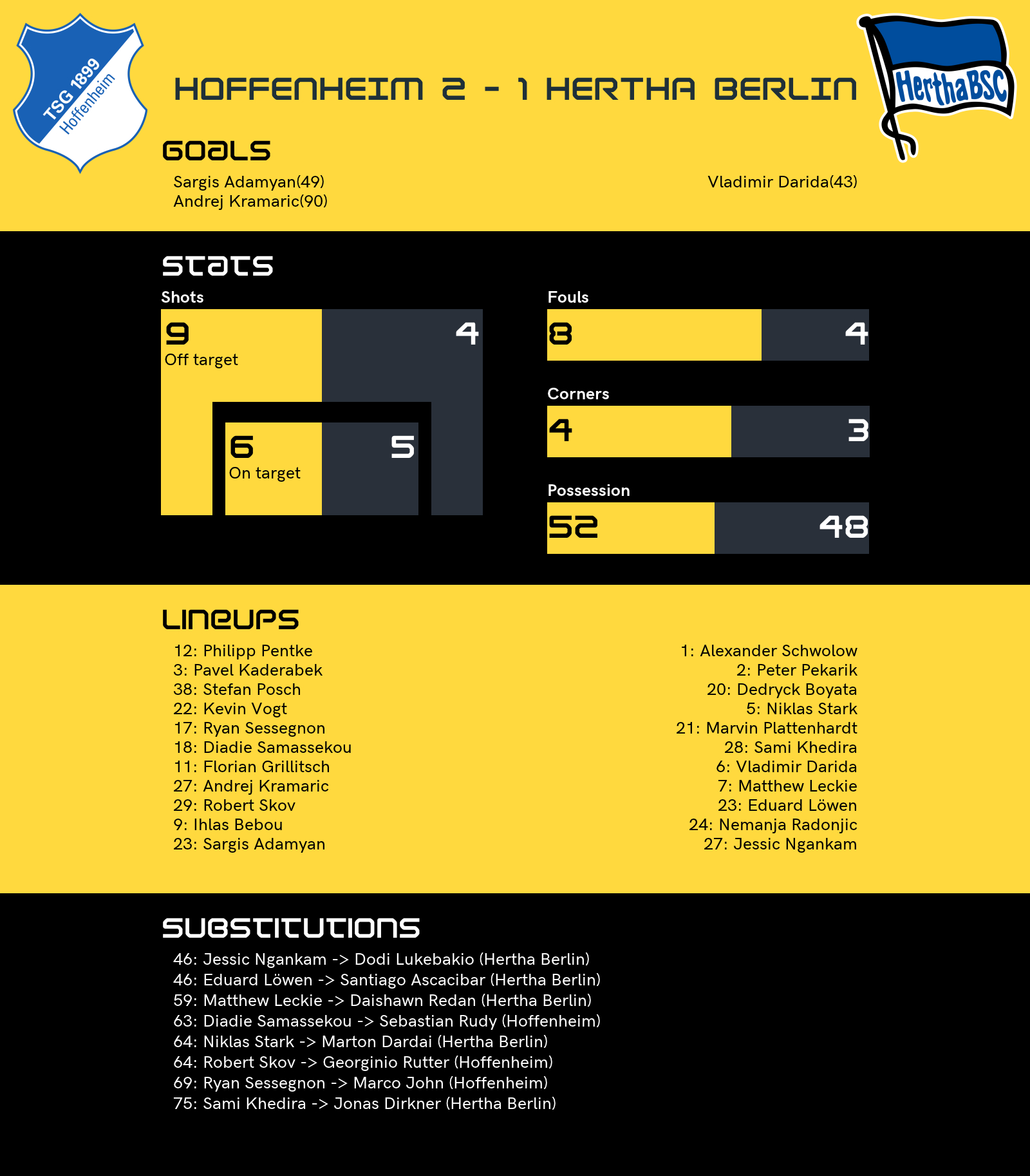