Eibar have ended their unfortunate run of five successive defeats in the La Liga. The much-longed-for break came at home to Alaves. The game at Ipurua finished 3-0 (1-0).

The hosts Eibar started the match at pace and took the lead straight away already from the kickoff. After only 3 minutes Kike scored a goal, with an assist from Bryan Salvatierra.

Straight after the break, Kike made his mark and increased the team’s lead.

Eibar increased the lead even more as Kike scored a goal and with this completed his hattrick in the 59th minute. The goal was his 12th on target in the league this season. This brought the final score to 3-0.

With four games remaining, Eibar are in last place while Alaves are in 16th.

Alaves will play against Levante on Saturday. Eibar will face Getafe on Sunday. 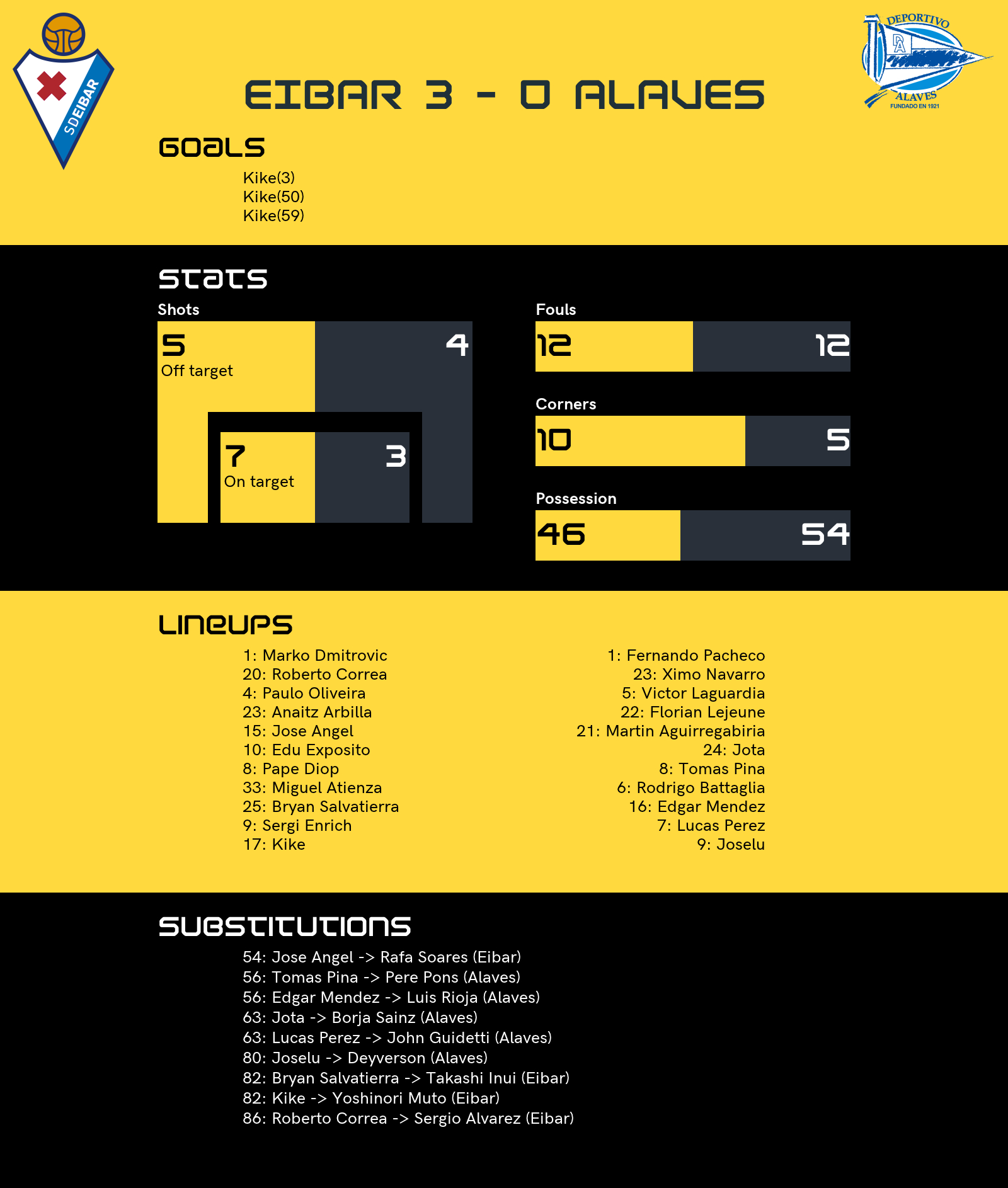