Celta Vigo were ahead 1-0 in the La Liga game at Abanca-Balaídos but the Real Betis came back to win 2-3.

The match was goalless until Celta Vigo took the lead in the 32nd minute through Iago Aspas, who scored a goal The goal was his 14th on target in the league this season.

Straight after the break, Brais Mendez scored and increased the team’s lead. It was Mendez’s ninth goal. However, Celta Vigo were unable to make more of an impression.

In the 53rd minute, Borja Iglesias scored a goal, to reduce the score for Real Betis, what was his 11th goal of the season.

Nabil Fekir also scored in the 69th minute as he scored a goal.

Victor Ruiz scored the deciding goal in the 73rd minute, with an assist by Marc Bartra. Ruiz then completed the team’s come back. The 2-3 goal was the last goal of the game.

Real Betis’ Cristian Tello was sent off in the 75th minute.

Wrapping up the regular season, Celta Vigo finished in eighth place and Real Betis in sixth. 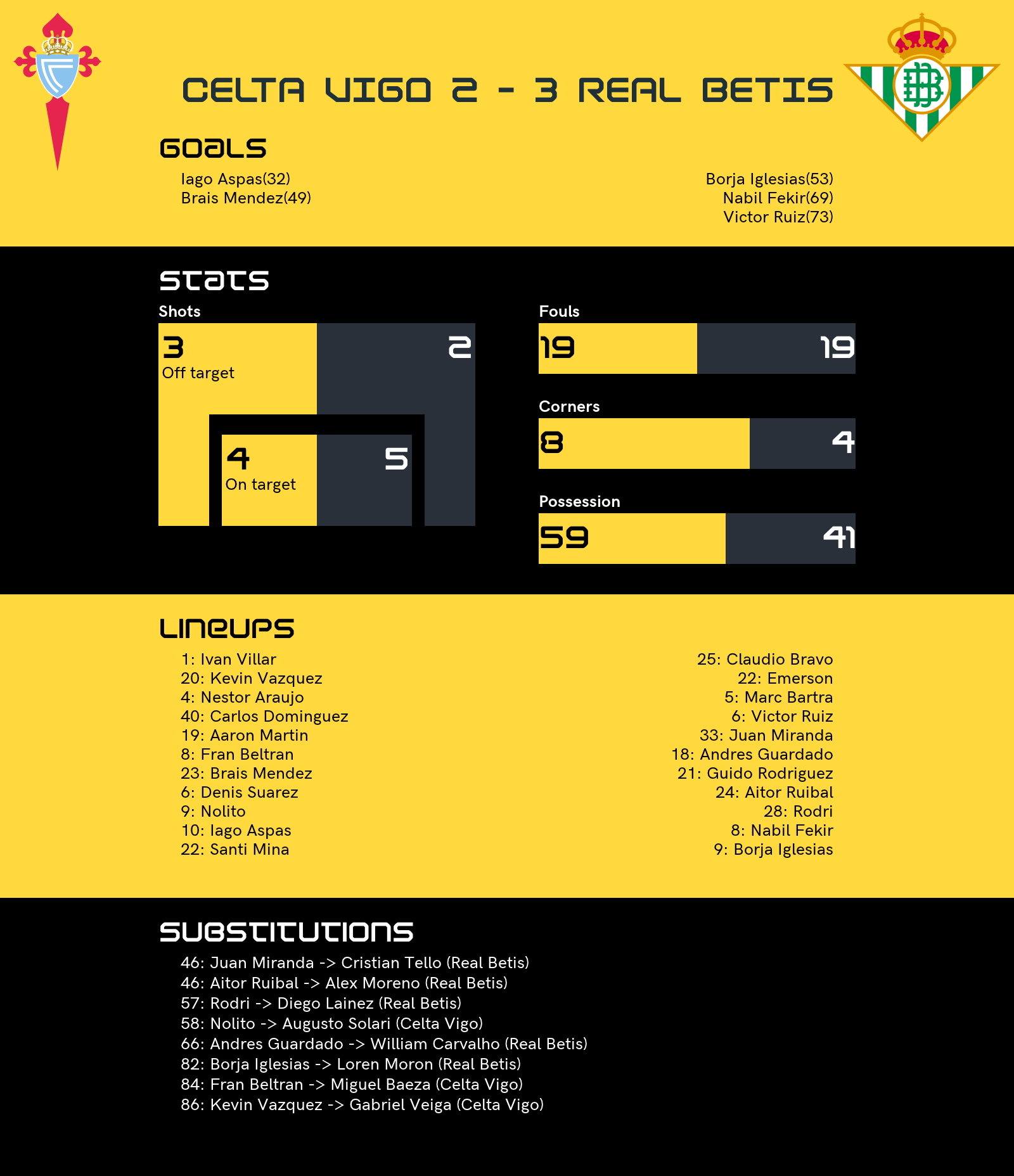