After a tough period, Celta Vigo got things going. On Sunday, they played Villarreal in the La Liga and secured yet another victory. The team has therefore three wins in a row. In the end, Celta walked away with 4-2 (3-1).

Villarreal were left with a man down early on, when Mario Gaspar was set off in the -5th minute.

Villarreal were left with a man down early on, when Geronimo Rulli was set off in the -5th minute.

The visiting team Celta Vigo started the match well and took the lead when Santi Mina scored a goal after 19 minutes, with an assist by Aaron Martin, making it 1-0.

Villarreal equalised to make it 1-1, as Moi Gomez scored a goal, with an assist by Ruben Pena, in the 25th minute.

Celta Vigo took the lead again, when Santi Mina scored one more time. This occasion he scored a goal, in the 34th minute. He has now scored 10 La Liga goals this season.

Straight after the break, Brais Mendez found the net and increased the team’s lead. It was Mendez’s eighth goal.

With more than 30 minutes on the clock, Celta Vigo’s Augusto Solari scored a goal, with an assist by Aaron Martin, and increased their lead.

The goal that reduced the score to 2-4 came, when Gerard Moreno scored a goal for Villarreal. But Villarreal ran out of steam. The 2-4 goal was the last goal of the game.

Celta Vigo’s Facundo Ferreyra was sent off in the 88th minute.

With three games remaining, Villarreal are in sixth place in the table while Celta Vigo are in eighth.

In the next round, Villarreal take on Valladolid away at José Zorrilla on Thursday. Celta play at home to Getafe on Wednesday. 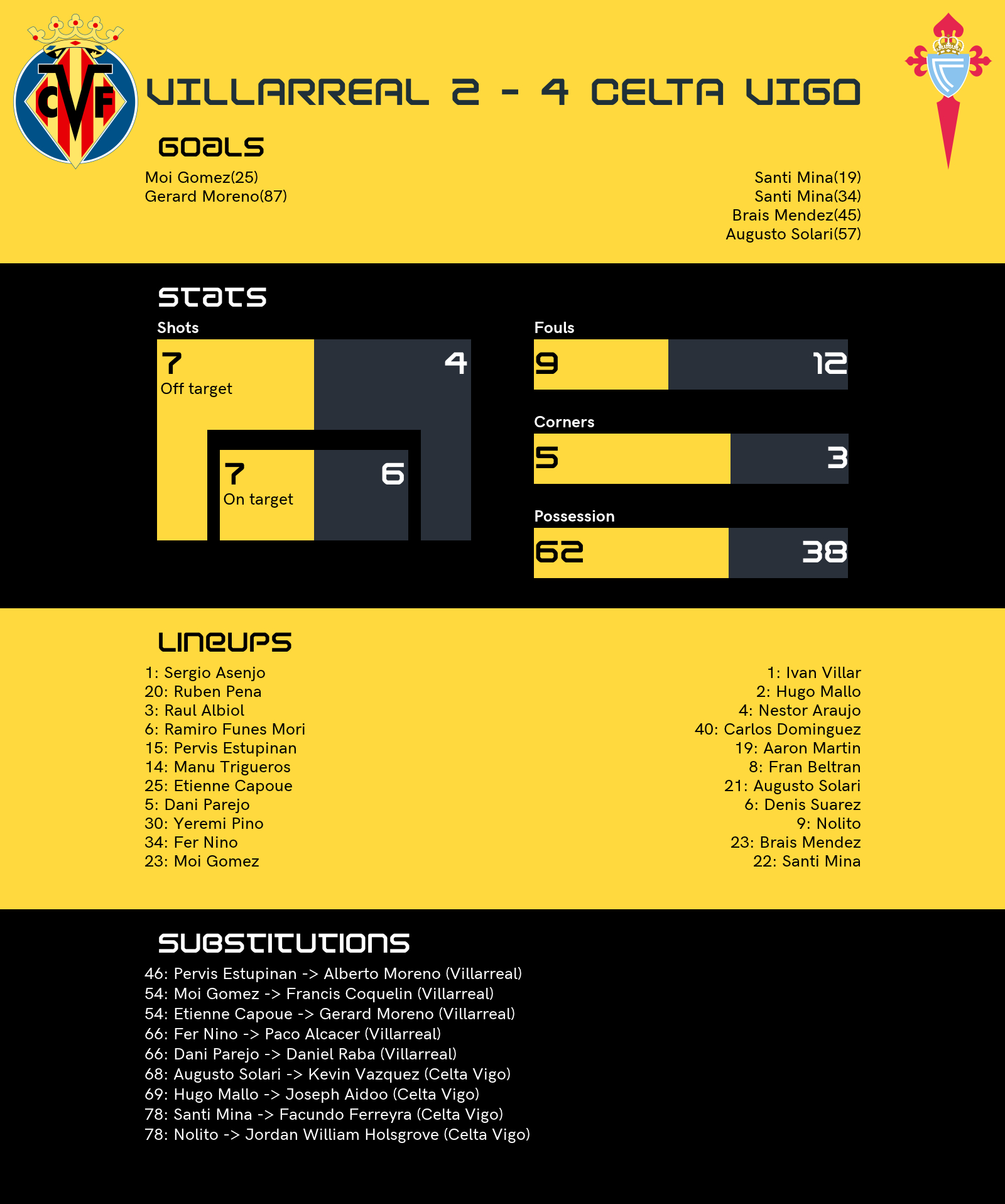