League leaders Bayern München continue to impress. With a 2-0 (2-0) win at home against Bayer Leverkusen, Bayern München recorded yet another victory. This means the team has extended their lead in the Bundesliga and the gap to second placed Leipzig is now 10 points. Bayer Leverkusen are in sixth place in the league.

Bayern München started the match well and took the lead when Eric Maxim Choupo Moting scored a goal after 7 minutes, making it 0-1.

The team increased the lead to 2-0 early in the match when Joshua Kimmich made his mark as he scored a goal in the 13th minute. The teams were unable to score in the second half and the game ended with a 2-0 win for Bayern München.

The result means that Bayern München have taken points in eight straight games.

Bayern München have 4 wins and 1 draw with a 11–3 goal difference in the last 5 games, while Bayer Leverkusen have 2 wins, 1 draw and 2 losses and a 5–6 goal difference.

In the next round, on Saturday at 2:30 pm, Bayern will face Mainz away at Opel Arena, while Leverkusen will play on the same day at home to Frankfurt at 5:30 pm. 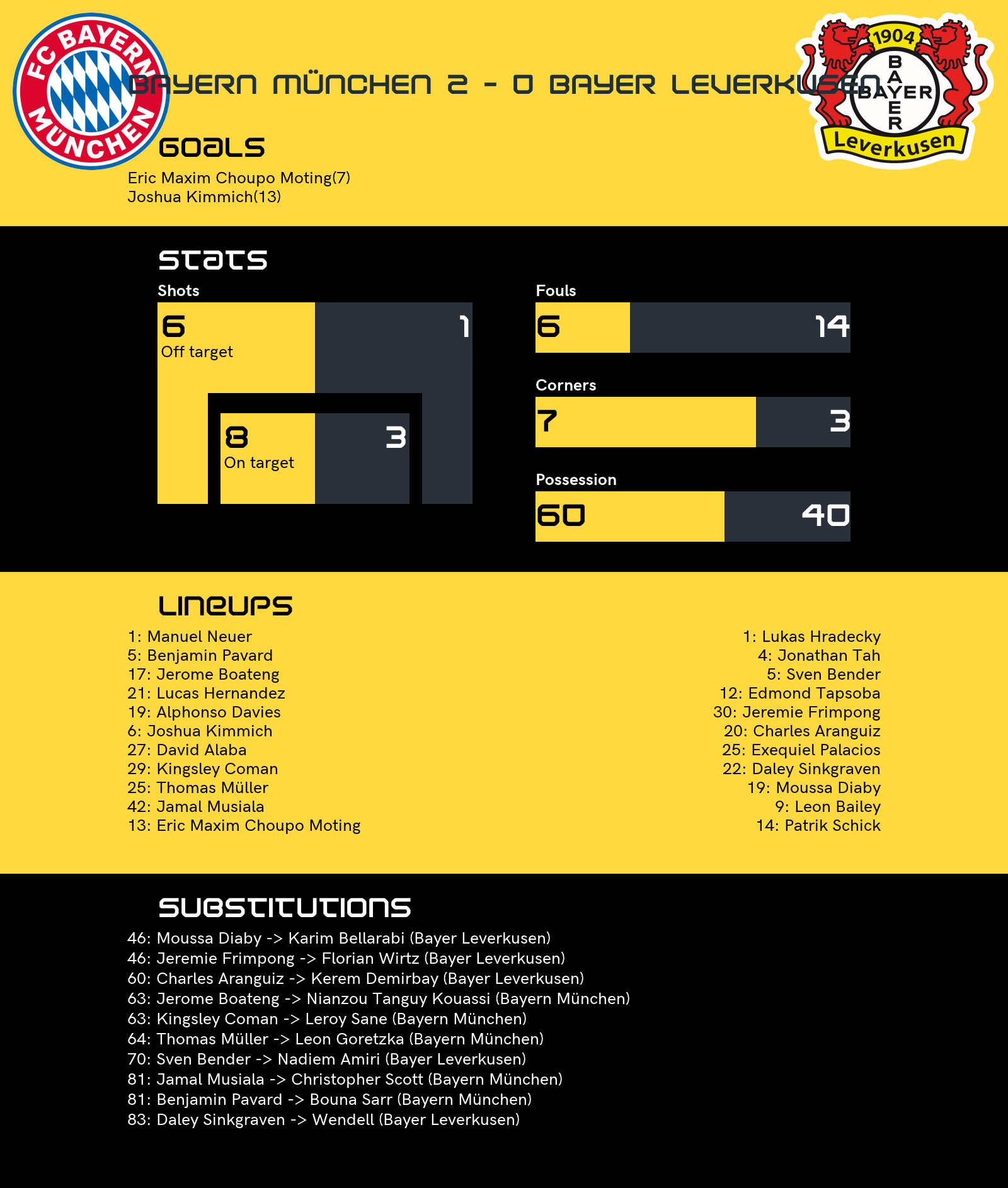