Wolfsburg defeated the visiting VfB Stuttgart 3-1 (2-0) in the Bundesliga on Wednesday.

Wolfsburg scored the first goal when Xaver Schlager scored a goal after 13 minutes, with an assist by Jerome Roussillon, making it 1-0.

The team increased the lead to 0-2 after almost half an hour’s play as Wout Weghorst scored a goal, with an assist by Josip Brekalo. The goal was his 20th on target in the league this season.

In the 65th minute, Yannick Gerhardt scored a goal, from a pass from Josip Brekalo, to increase the lead for Wolfsburg.

The goal that reduced the score to 1-3 came in the 90th minute, when Gonzalo Castro scored a goal for VfB Stuttgart. VfB Stuttgart were unable to score any more goals. The 1-3 goal was the last goal of the game.

VfB Stuttgart have 1 win and and 4 losses with a 5–12 goal difference in the last 5 games, while Wolfsburg have 3 wins and and 2 losses and a 11–9 goal difference.

With four games remaining, VfB Stuttgart are in 10th place in the table while Wolfsburg are in third.

Wolfsburg will play against Dortmund on Saturday. Stuttgart will face Leipzig on Sunday. 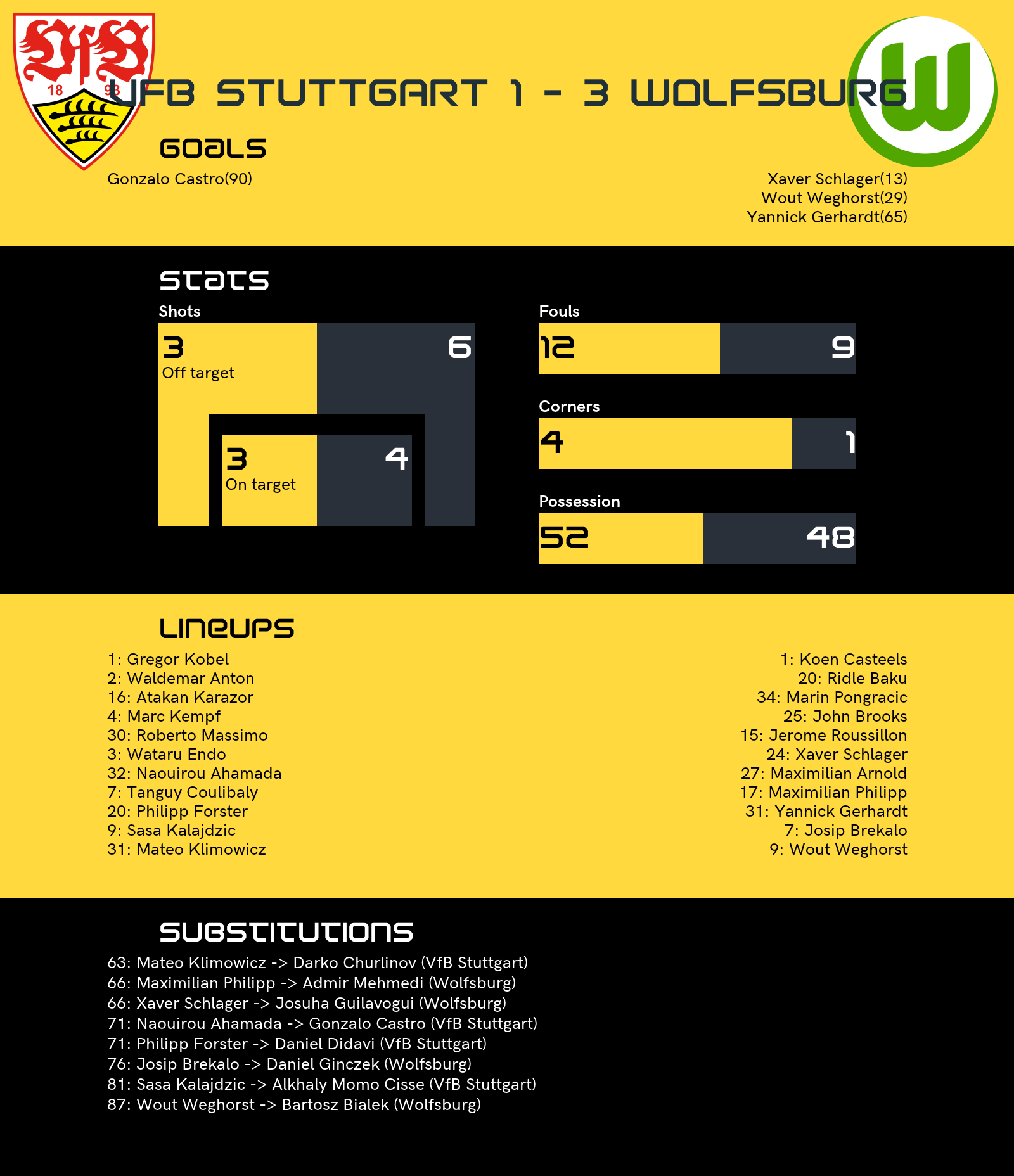