After a goal from Salah, Liverpool were 1-0 up at half-time, in their home game against Newcastle in the Premier League. But then, Newcastle clawed their way back into the game and equalised through Willock. The game finished 1-1.

The hosts Liverpool started the match at pace and took the lead straight away early in the game. After only 3 minutes Mohamed Salah scored a goal. He has now scored 20 Premier League goals this season.

It took a while for either team to score again. The equaliser came in the 90th minute, when Joseph Willock scored a goal for Newcastle, with an assist by Dwight Gayle, what brought the final score to 1-1.

Liverpool have 3 wins and 2 draws with a 8–3 goal difference in the last 5 games, while Newcastle have 2 wins, 2 draws and 1 loss and a 8–9 goal difference.

Liverpool are now in sixth place, while Newcastle are in 15th place.

On Sunday, Liverpool will host Man United at 4:30 pm and Newcastle will play against Arsenal at 2pm. 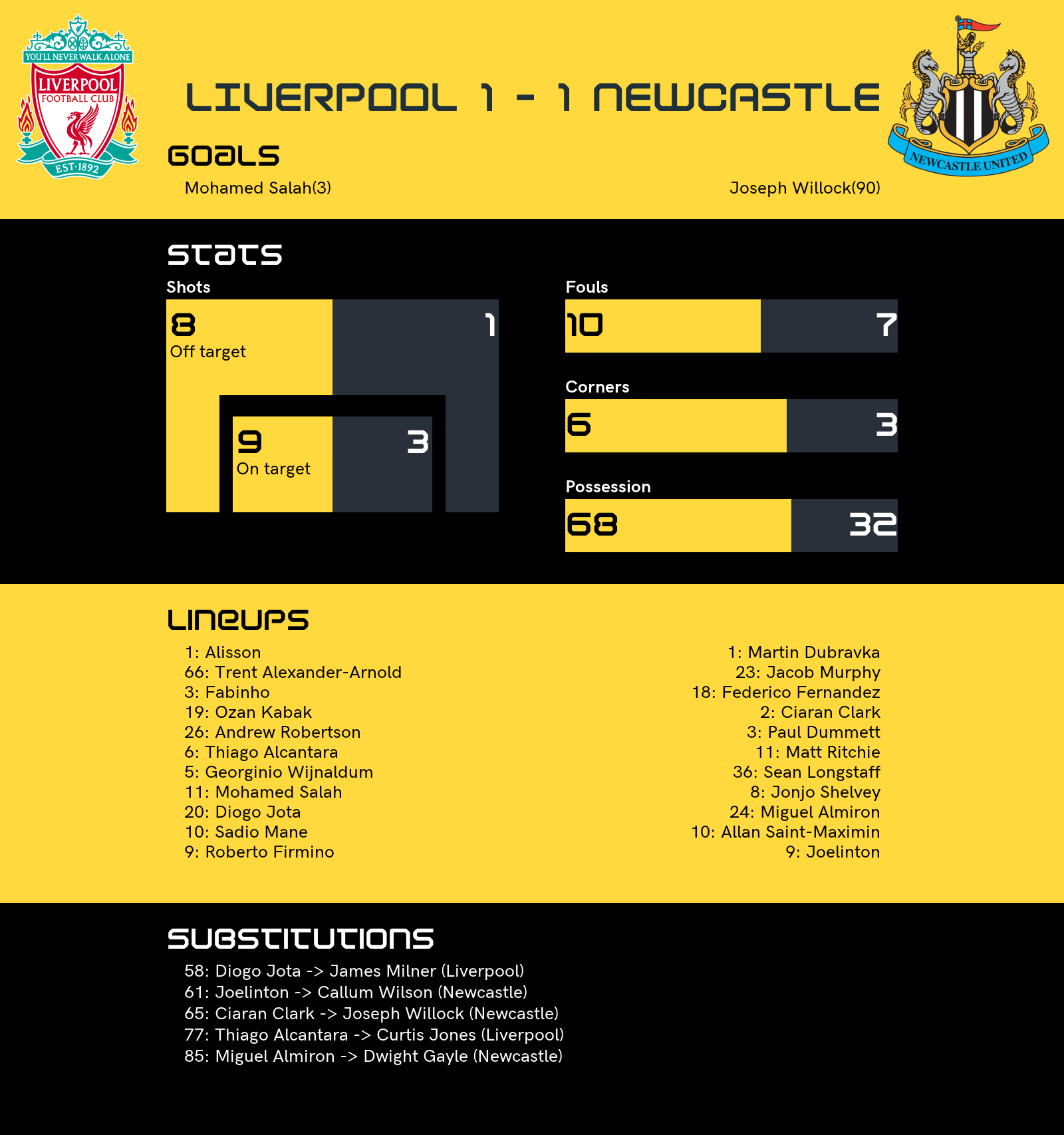