Chelsea won 1-0 away to West Ham in the Premier League. The only goal of the game came in the first half through Werner.

Away team Chelsea took the lead just before half time as Timo Werner scored a goal, with an assist by Benjamin Chilwell. He has now scored six Premier League goals this season.

West Ham’s Fabian Balbuena was sent off in the 81st minute.

The result brings no change for the teams in terms of league position: West Ham in fifth place and Chelsea in fourth.

West Ham will host Burnley on Monday. Chelsea will face Fulham at Stamford Bridge on Saturday. 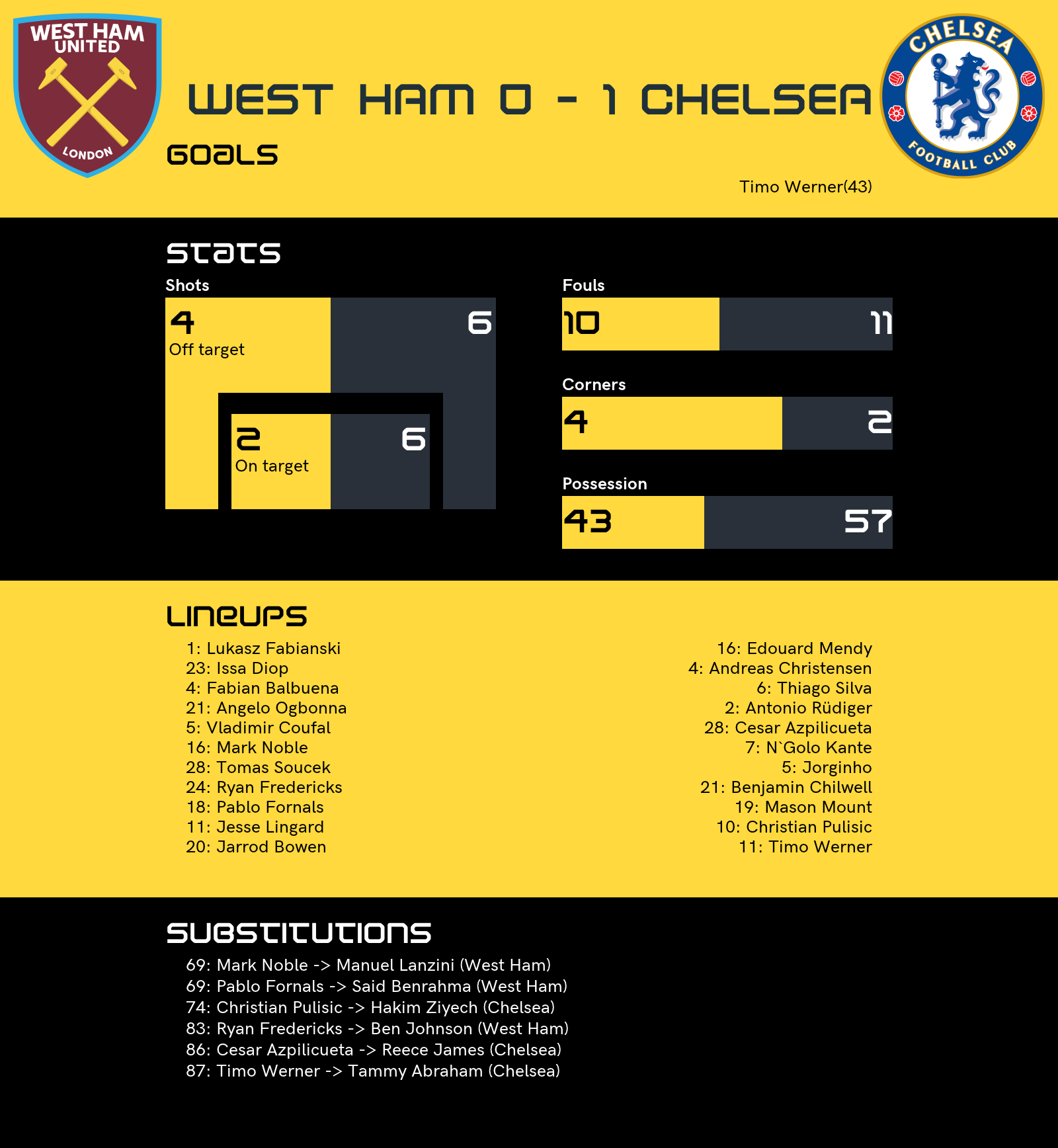