Tottenham beat Sheffield United 4-0 (1-0) at home in the Premier League. But Gareth Bale stole all the post-match praise after scoring a hat-trick for Tottenham. Heung Min Son also scored a goal for the winners.

The match was goalless until Tottenham took the lead in the 36th minute through Gareth Bale, who scored a goal, with an assist by Serge Aurier.

With barely 30 minutes on the clock, Tottenham’s Gareth Bale scored a goal, with an assist by Heung Min Son, and increased their lead.

In the 69th minute, Gareth Bale scored a goal, from a pass from Serge Aurier, to increase the lead for Tottenham, what became his ninth goal of the season and then completed a hatrick.

Tottenham increased the lead even more as Heung Min Son scored a goal, with an assist by Steven Bergwijn, in the 77th minute. The goal was his 16th on target in the league this season, what brought the final score to 4-0.

Tottenham have 2 wins, 2 draws and 1 loss with a 11–8 goal difference in the last 5 games, while Sheffield United have 1 win and and 4 losses and a 2–10 goal difference.

With four games remaining, Tottenham are in fifth place in the table while Sheffield United are in 20th.

In the next round, on Saturday at 12:30 pm, Tottenham will face Leeds away at Elland Road, while Sheffield Utd will play on the same day at home to Palace at 3pm. 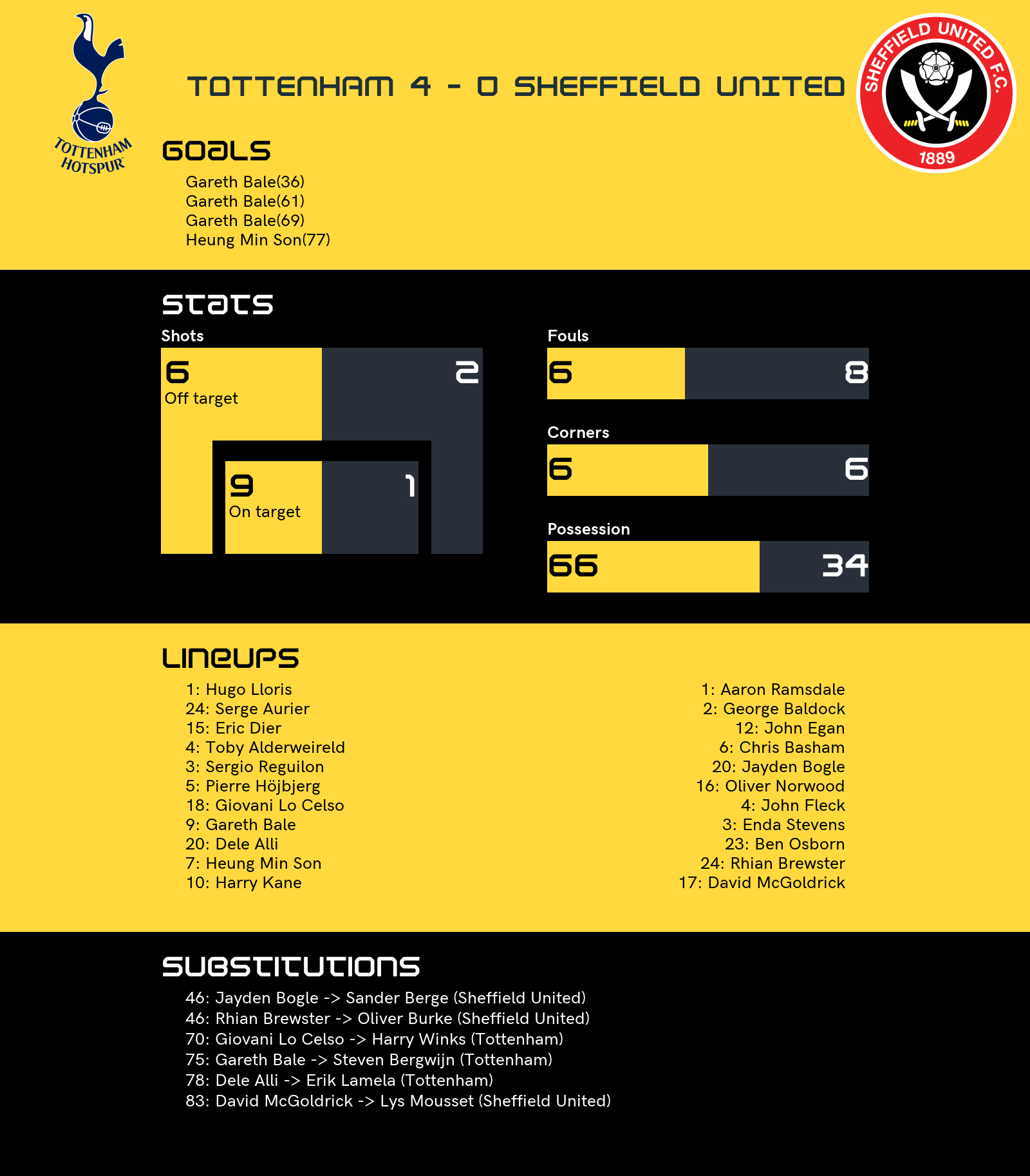