Sevilla and Granada met on Sunday at Ramón Sánchez Pizjuán. Sevilla came into the game off the back of a run of four successive wins in the La Liga and made no mistake to claim yet another vicory. The match finished 2-1 (1-0).

Sevilla took an early lead when Ivan Rakitic scored a goal in the 16th minute, making it 0-1.

Straight after the break, Lucas Ocampos found the net and increased the team’s lead.

The goal that reduced the score to 2-1 came in the 90th minute, when Roberto Soldado scored a goal for Granada. He has now scored nine La Liga goals this season. But Granada ran out of steam. The 2-1 goal was the last goal of the game.

This means Sevilla are still in fourth place and Granada are in eighth.

Granada will play against Barca on Thursday. Sevilla will face Athletic Club on Monday. 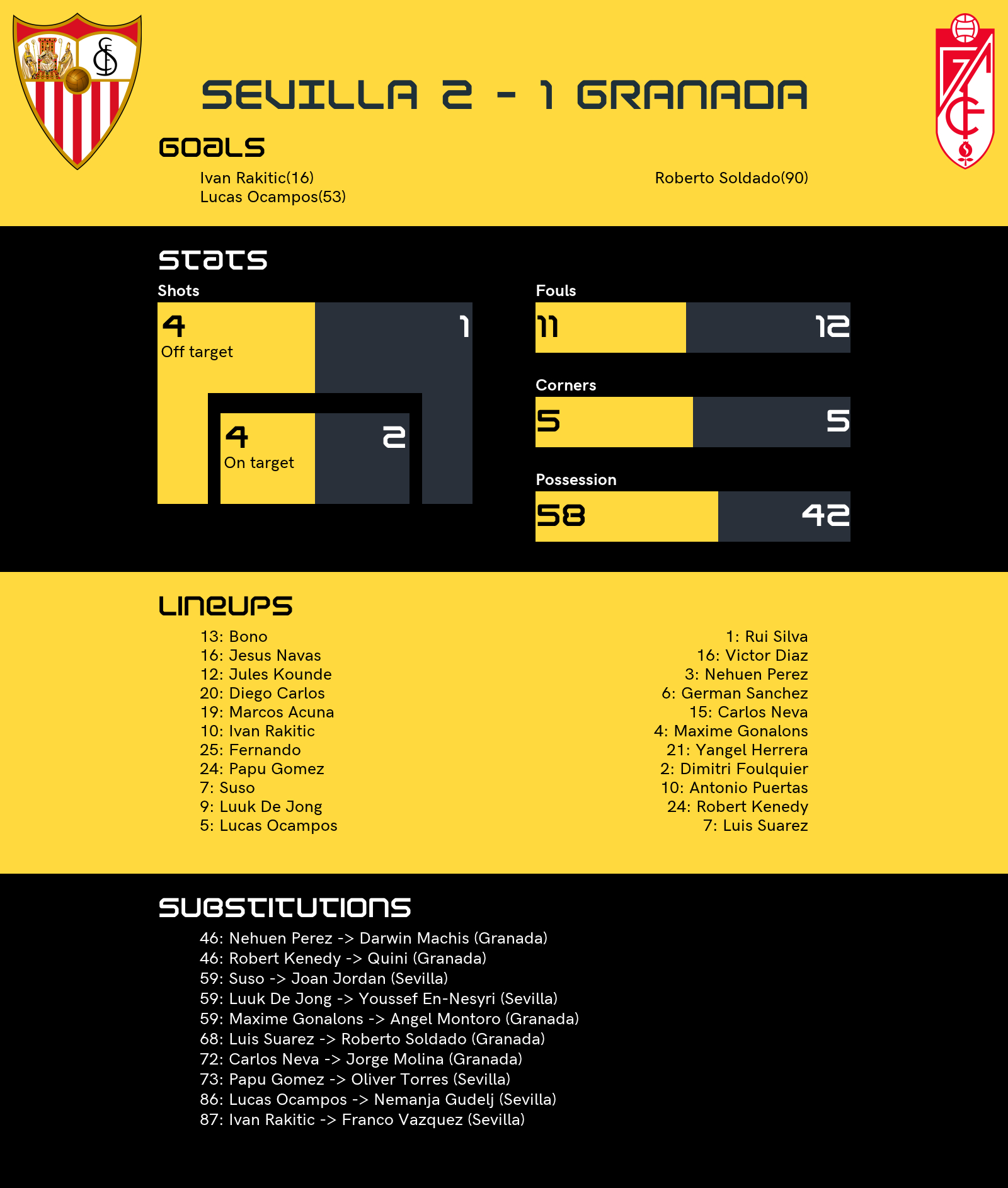