Real Betis remain hard to beat in the La Liga. The 2-1 (1-0) win at home to Granada means they notched up a eighth consecutive game without defeat.

The match was even in terms of goals until Real Betis took the lead in the 39th minute through Borja Iglesias, who scored a goal.

In the 66th minute, Darwin Machis scored a goal, to equalise for Granada.

The deciding goal came right at the end of the game, when Borja Iglesias scored yet again. This time he scored a 2-1 for Real Betis. He has now scored nine La Liga goals this season. The 2-1 goal was the last one of the game.

It was the first victory for Real Betis after a six-game winless run.

Real Betis have 1 win and 4 draws with a 5–4 goal difference in the last 5 games, while Granada have 2 wins and and 3 losses and a 8–7 goal difference.

With three games remaining, Real Betis are in sixth place in the table and Granada are in 10th.

They both play on Thursday, with Real Betis hosting Eibar at Ipurua at 7pm and Granada against Madrid at 9pm. 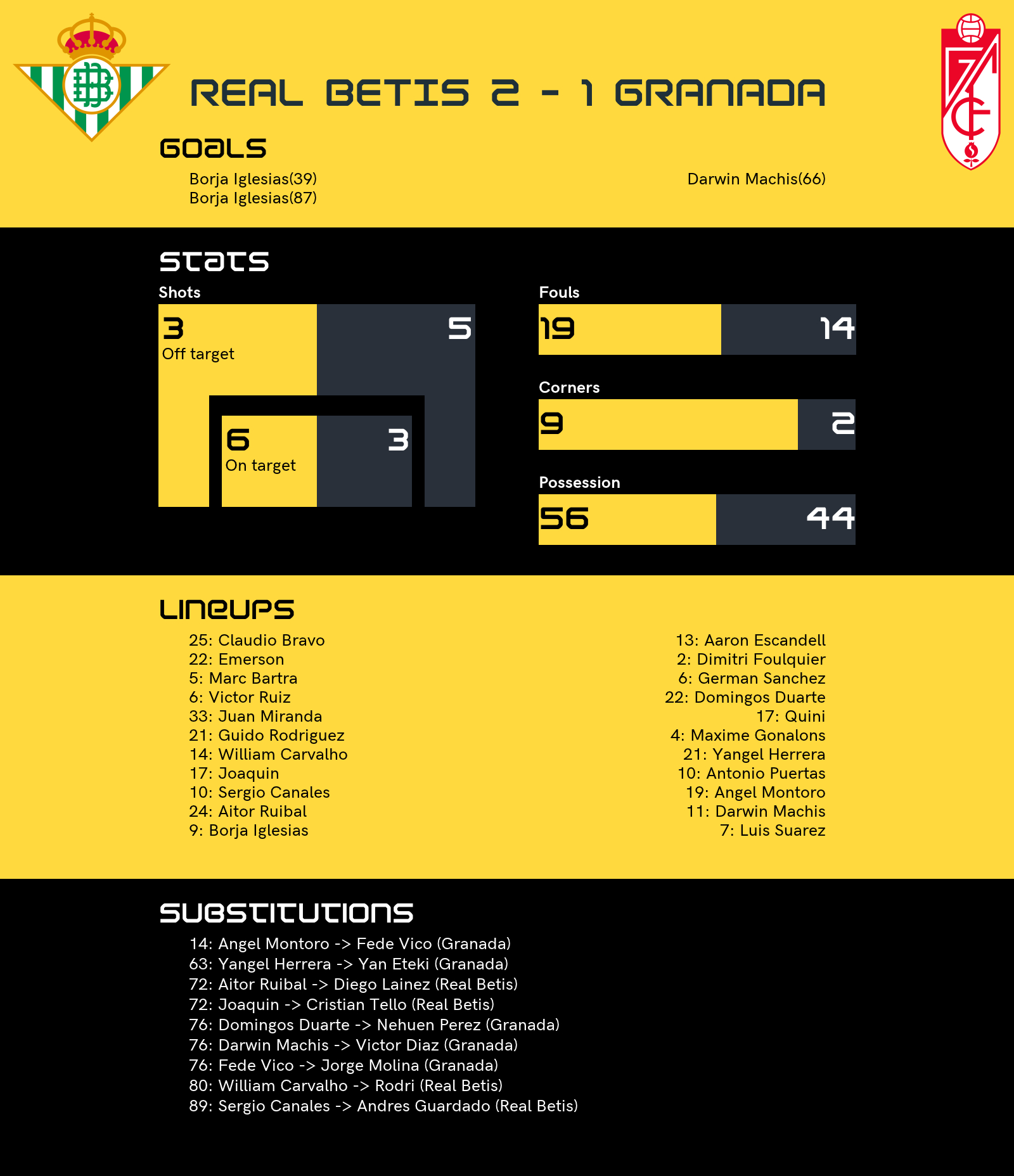