The first-half goal from Mbeumo was the only goal of the game. Brentford won 1-0 (1-0) at home to Rotherham in the Championship.

Brentford started the match well and took the lead early when Bryan Mbeumo scored a goal in the 26th minute, making it 0-1.

It was Brentford’s 10th game in a row without defeat.

So, Brentford are still in third place and Rotherham are in 22nd.

Brentford are set to face Watford at Brentford Community Stadium, while Rotherham face Blackburn. Both games are scheduled for Saturday. 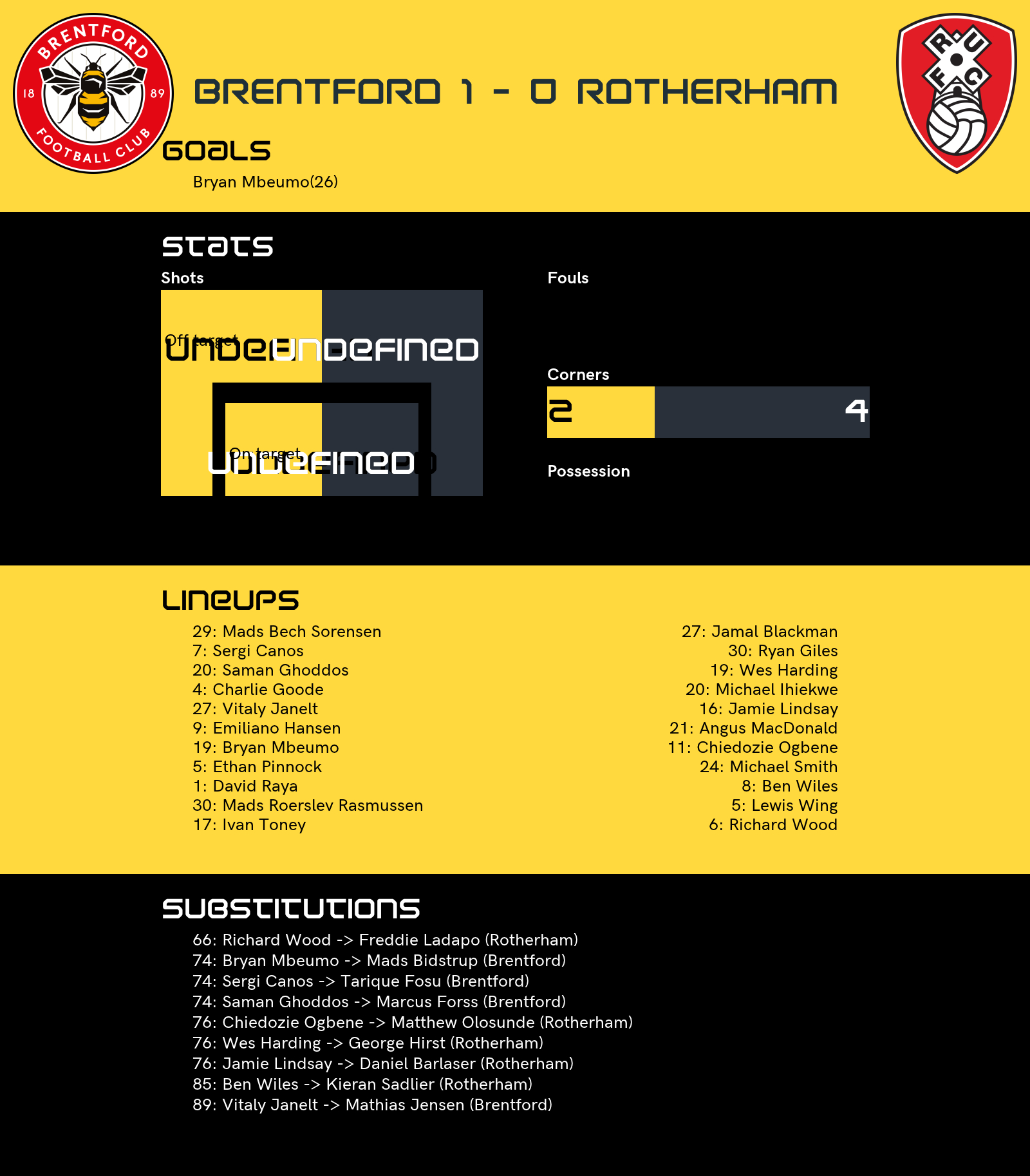