Leicester took the lead before the first half in the Premier League game against West Bromwich Albion on Thursday. In the second half, West Brom’s efforts bore no fruit and the game finished 3-0 (3-0) to the home side.

Leicester scored the first goal when Jamie Vardy scored a goal after 23 minutes, with an assist by Timothy Castagne, making it 0-1. He has now scored 13 Premier League goals this season.

The team increased their lead to 2-0, when Jonny Evans scored a goal, in the 26th minute.

Leicester found the net once more, this time through Kelechi Iheanacho, who scored a goal, with an assist by Jamie Vardy, in the 36th minute. It was his ninth goal for the season. The second half was goalless and the match ended with a 3-0 win for Leicester.

Leicester remains in third place and West Bromwich Albion is in 19th.

Next time Leicester will play against Palace on Monday at King Power Stadium. West Brom take on Villa away on Sunday. 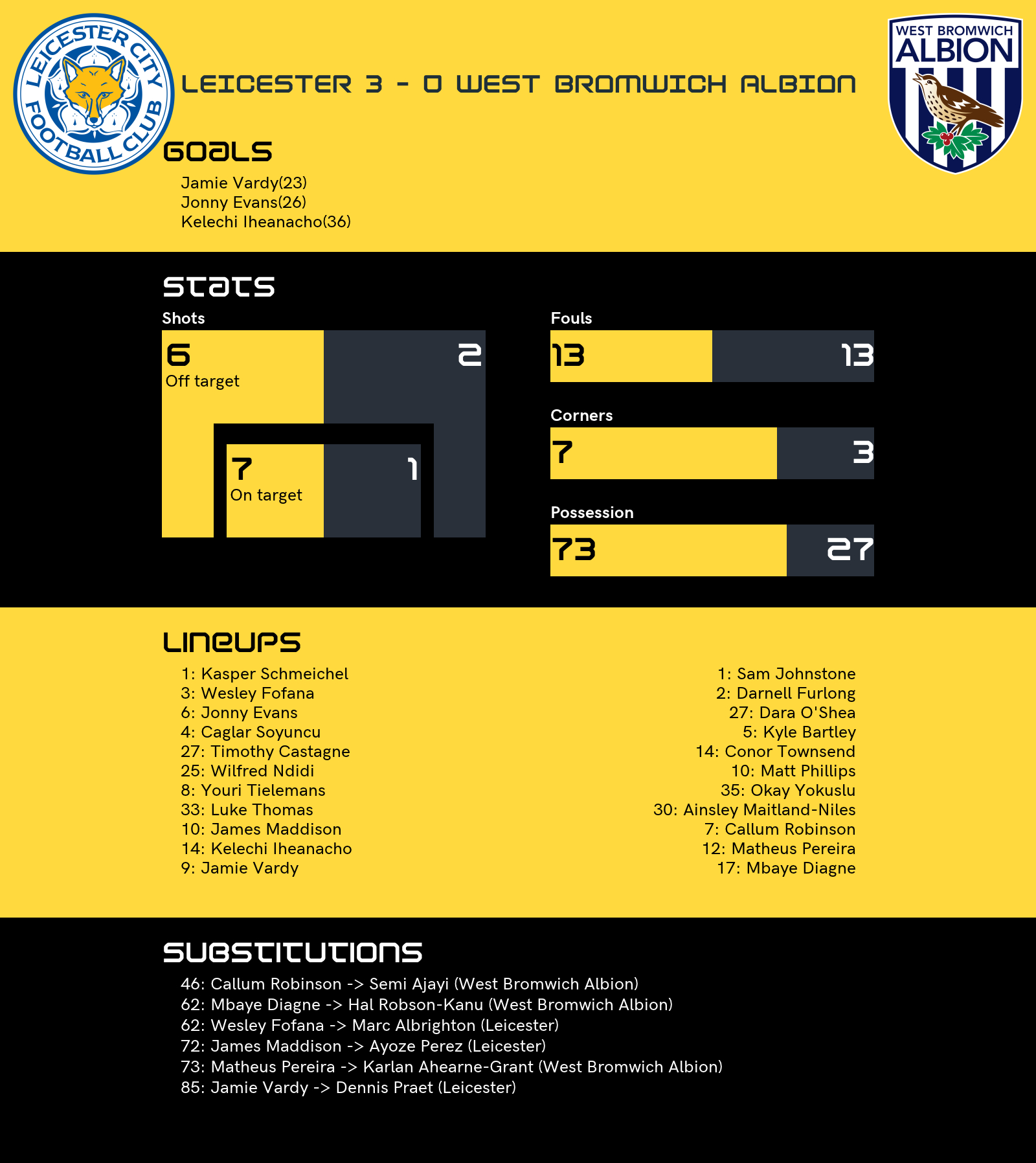