FC Köln’s players were treated to the taste of victory again as they beat Red Bull Leipzig 2-1 (0-0) at home. It was their first after nine games in a row without a win in the Bundesliga.

The first half was goalless, but straight after half-time, Jonas Hector made his mark as he scored a goal, with an assist by Jannes Horn, to give FC Köln the lead.

With more than 30 minutes on the clock, Red Bull Leipzig’s Amadou Haidara scored a goal, from a pass from Marcel Halstenberg, and equalised.

With 30 minutes on the clock, FC Köln’s Jonas Hector scored a goal, with an assist by Ondrej Duda, and avgjorde matchen. The 2-1 goal was the last one of the game.

With four games remaining, FC Köln are in 17th place in the table while Red Bull Leipzig are in second.

Next time Köln will play against Augsburg on Friday at WWK Arena. Leipzig take on Stuttgart at home on Sunday. 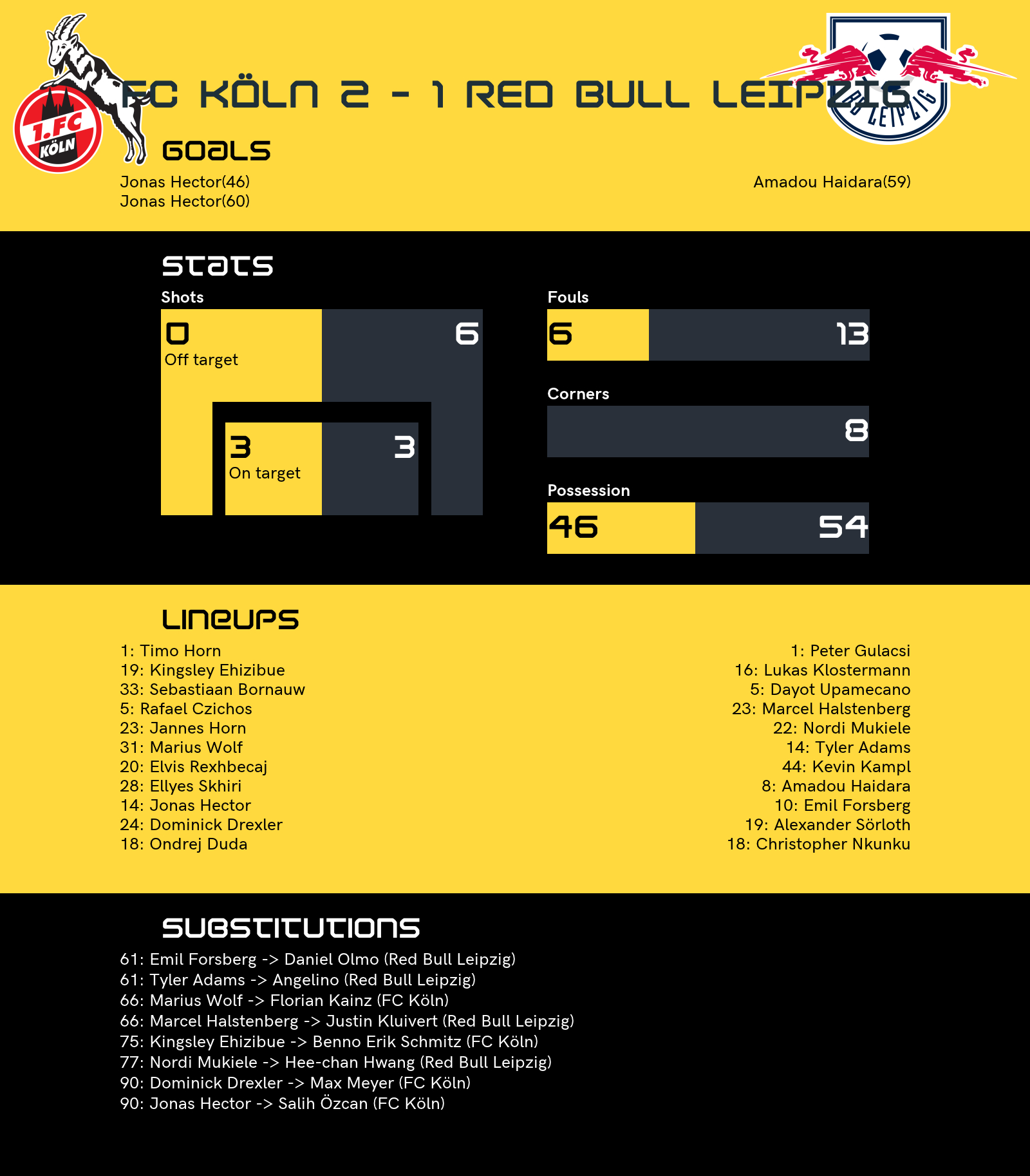