Chelsea won the game home to Fulham 2-0 (1-0) in the Premier League. With two goals, Kai Havertz was the main protagonist.

Chelsea scored the first goal when Kai Havertz scored a goal in the 10th minute, with an assist by Mason Mount, making it 0-1.

Straight after the break, Kai Havertz scored and increased the team’s lead. The 2-0 goal was the last one of the game.

The result means Chelsea have kept a clean sheet in three consecutive games.

The game was the sixth in a row without a win for Fulham.

With four games remaining, Chelsea are in fourth place in the table and Fulham are in 18th.

Chelsea will host Man City on Saturday. Fulham will face Burnley at Craven Cottage on Monday. 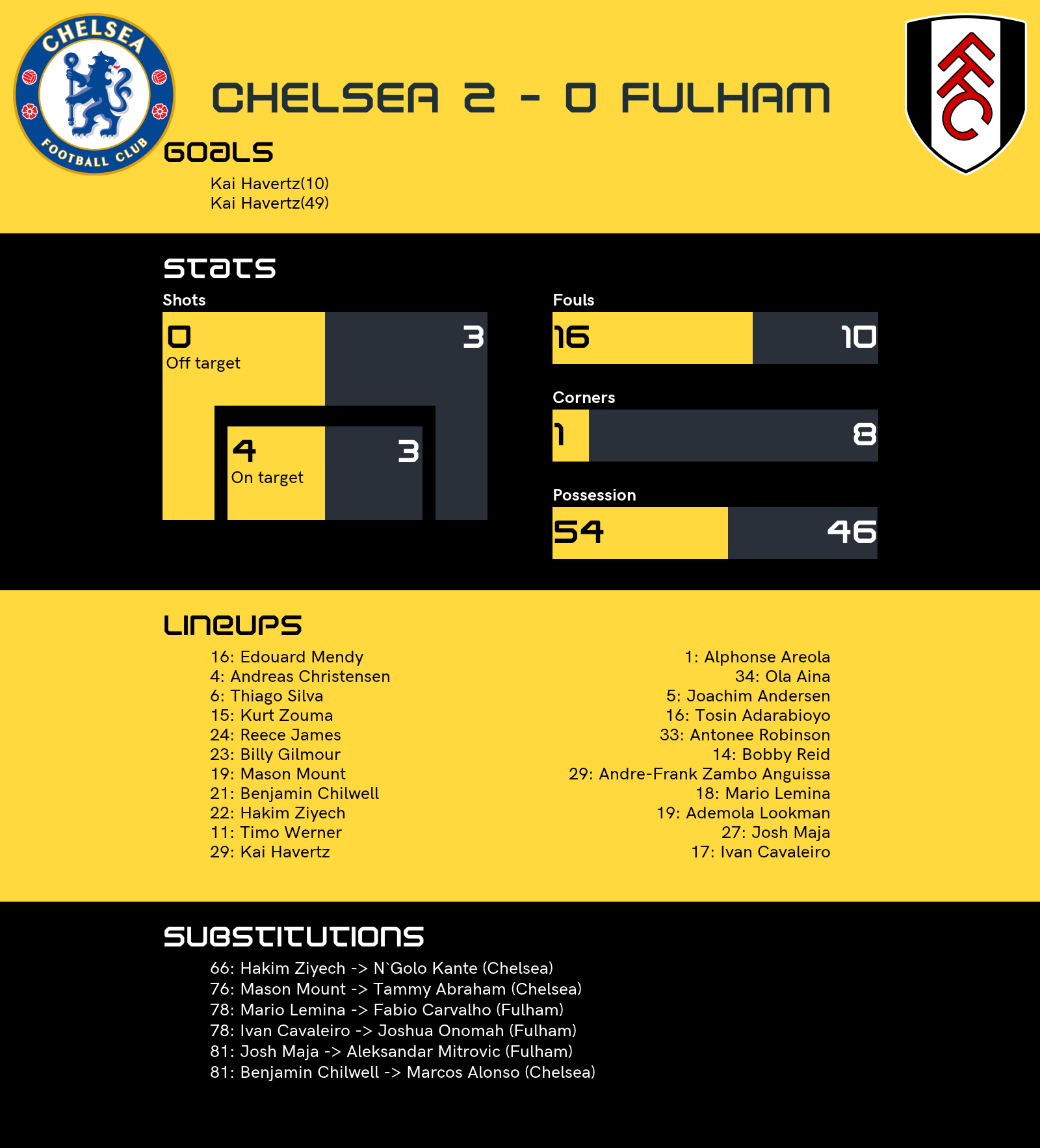