It took a while to open the scoring. Brighton took a 1–0 lead first with 6 minutes left to play through Danny Welbeck scored a goal. He has now scored six Premier League goals this season.

The equaliser came, when Said Benrahma scored a goal for West Ham. The 1-1 goal was the last goal of the game.

With two games remaining, Brighton are in 17th place in the table while West Ham are in sixth. 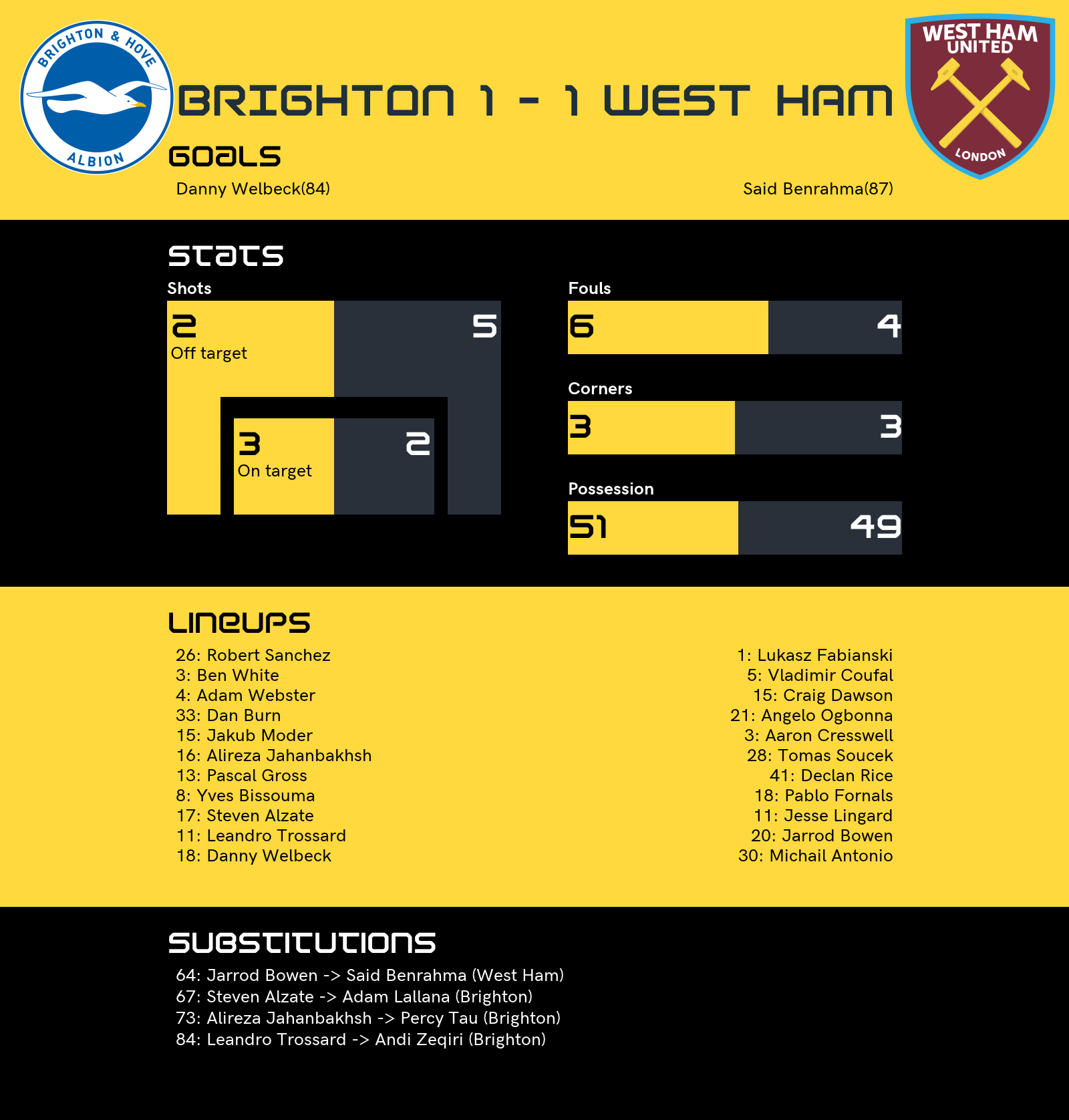