Carlos Bacca scored three goals as the team beat Sevilla 4-0 (1-0) at home in the La Liga. Gerard Moreno also scored a goal for the winners.

The match was goalless until Villarreal took the lead in the 34th minute through Carlos Bacca, who scored a goal, with an assist by Dani Parejo.

Straight after the break, Carlos Bacca scored and increased the team’s lead.

Sevilla’s Diego Carlos was sent off in the 52nd minute.

In the 66th minute, Gerard Moreno scored a goal, to increase the lead for Villarreal, what was his 23rd goal of the season.

Villarreal found the net once more, this time through Carlos Bacca, who scored a goal and with this completed his hattrick in the 79th minute. The 4-0 goal was the last one of the game.

With one game remaining, Villarreal are in seventh place in the table while Sevilla are in fourth.

Sevilla will play against Alaves on Sunday. Villarreal will face Madrid on Saturday. 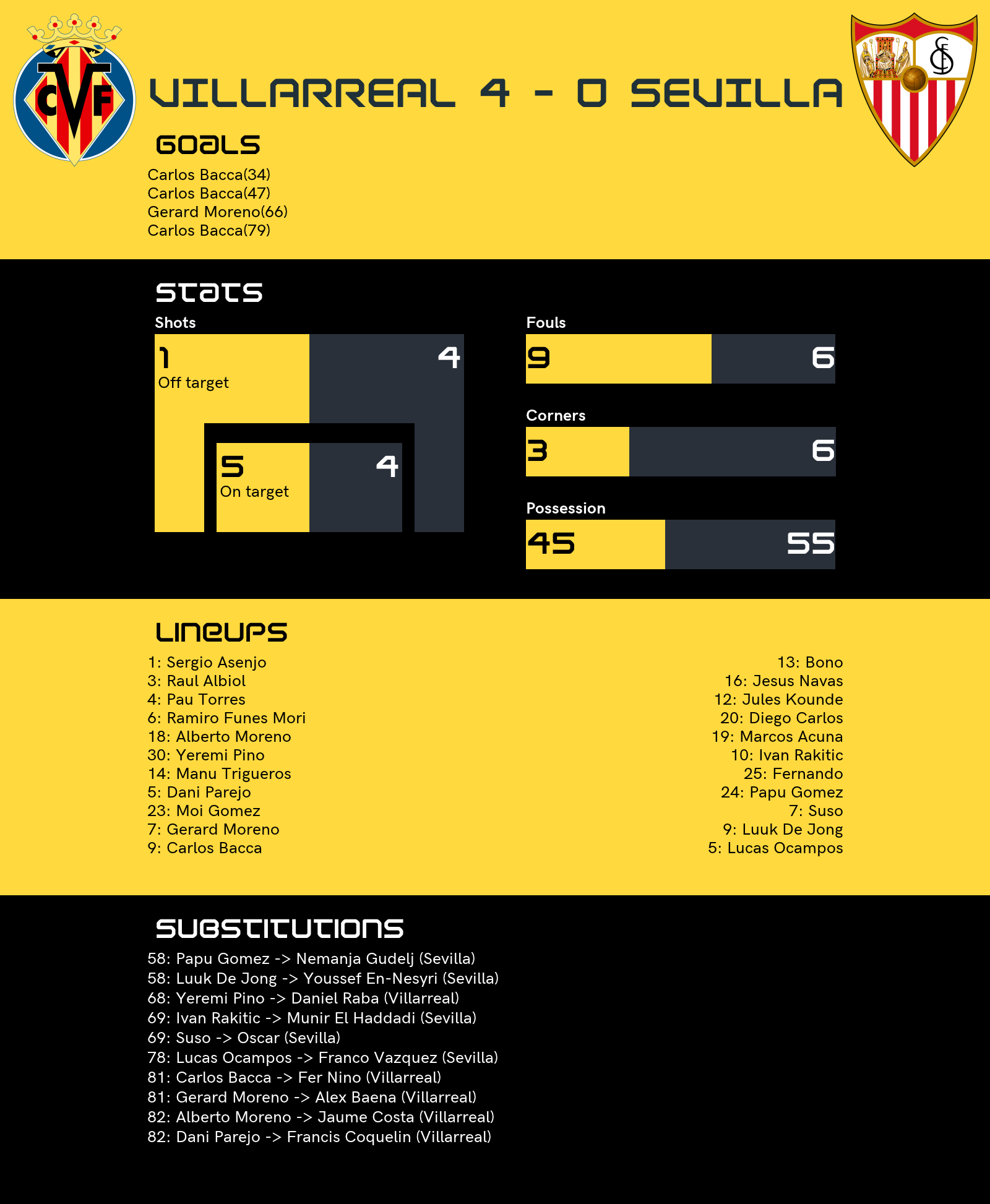