Everton won 1-0 at home to Wolverhampton in the Premier League. The only goal of the game came in the second half through Richarlison.

The first half was goalless, but straight after half-time, Richarlison made his mark as he scored a goal, with an assist by Gylfi Sigurdsson, to give Everton the lead. The goal was his seventh on target in the league this season.

With one game remaining, Everton are in eighth place in the table while Wolverhampton are in 12th. 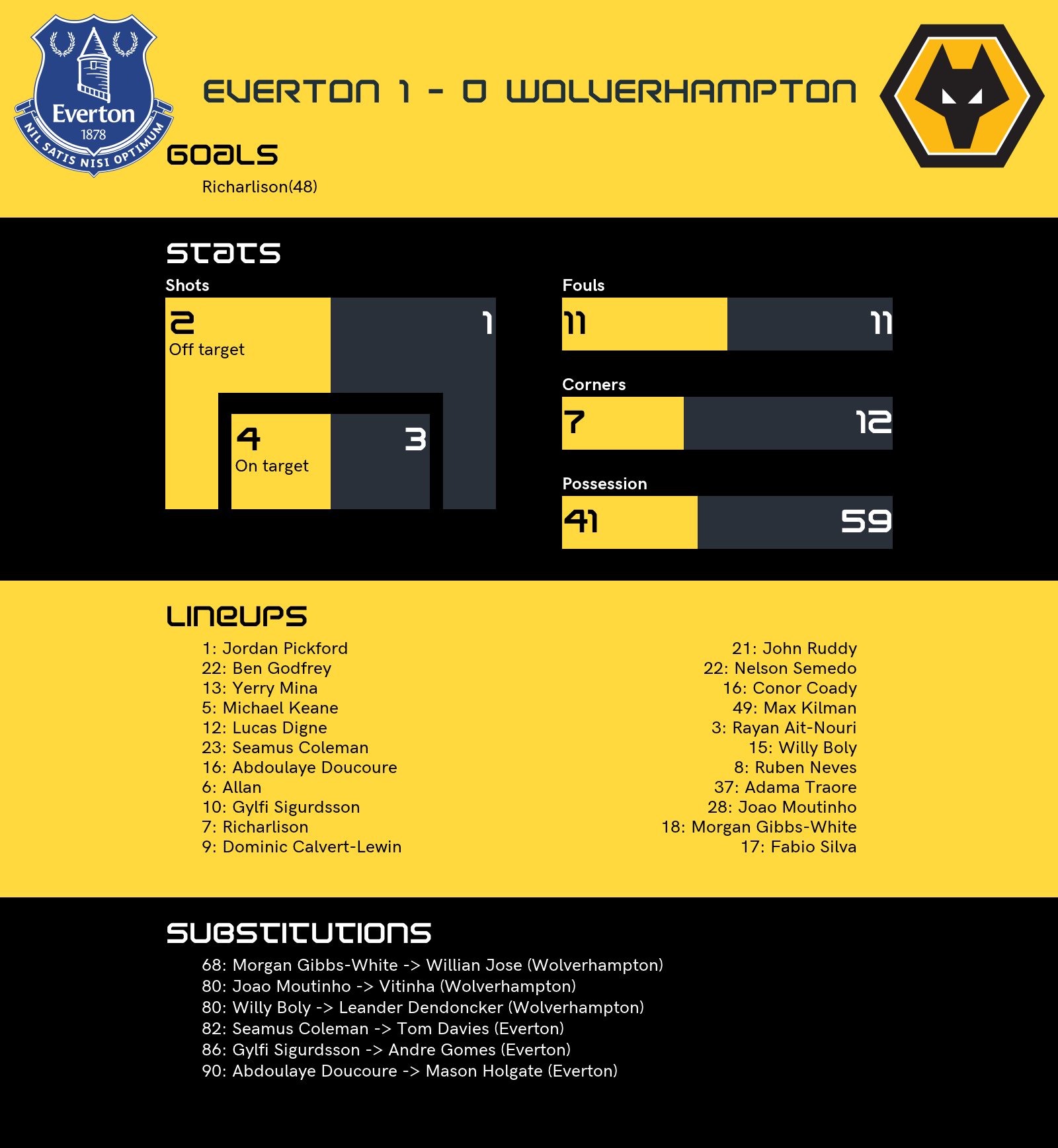