Coventry City won with a goal to spare the game against Stoke City in the Championship on Wednesday. The team won 3-2 (1-0) at bet365 Stadium.

Away team Coventry City took the lead just before half time as Tyler Walker scored a goal.

With more than 30 minutes on the clock, Stoke City’s Jacob Brown scored a goal and equalised.

In the 68th minute, Maxime Biamou scored a goal, to give Coventry City the lead.

Stoke City’s Sam Clucas also scored in the 69th minute as he scored a goal.

Viktor Gyökeres scored the decider, in the 77th minute, what brought the final score to 3-2.

The result means the fourth game in a row without a win for Stoke City.

Both teams will be back in action on Saturday when Stoke City host Nottingham at City Ground and Coventry welcome Preston. 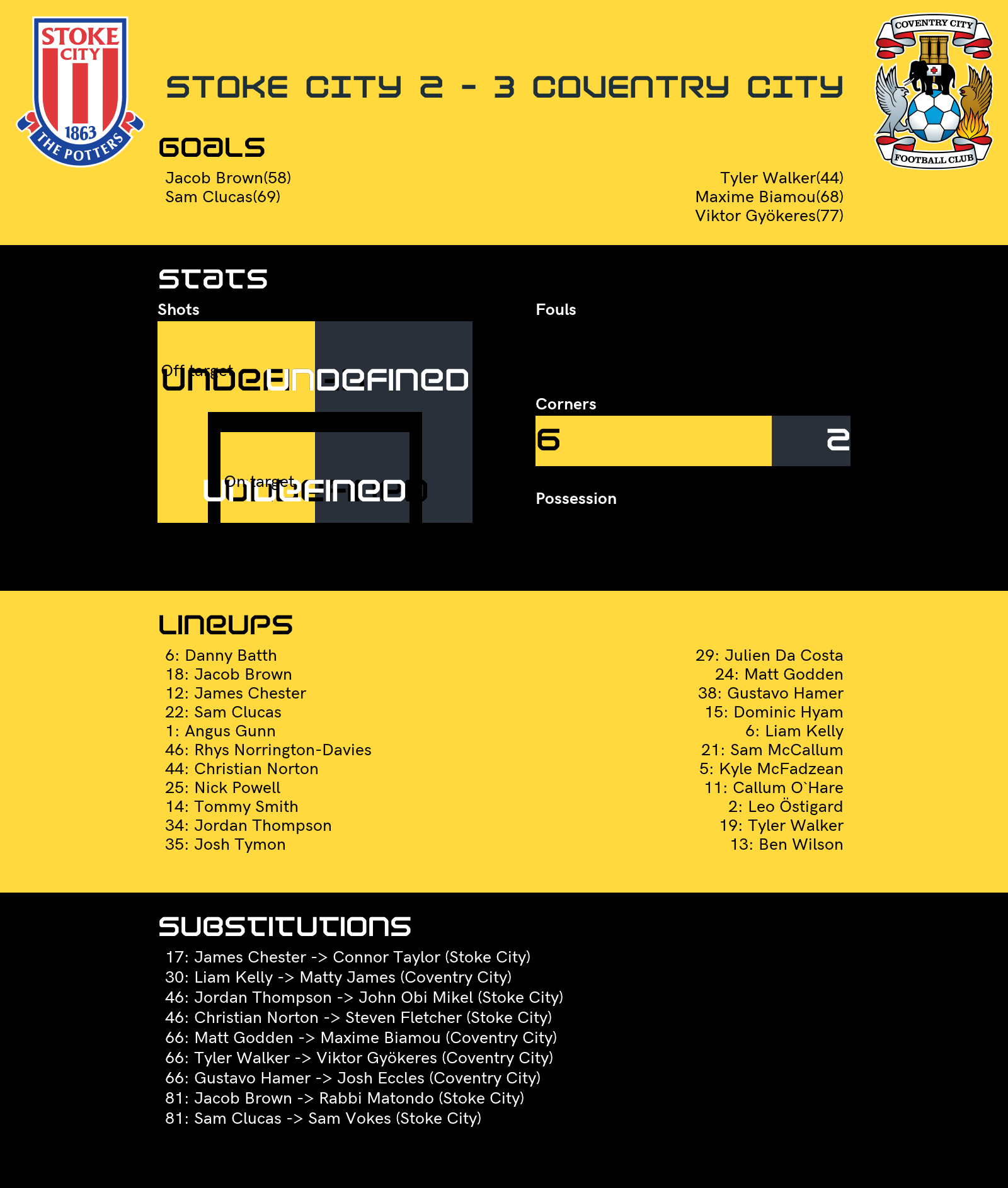