The away side Mainz found an odd-goal win in the game against Wolfsburg at Volkswagen Arena. The team won 3-2 (1-0) in Bundesliga action on Saturday.

Away team Mainz took the lead just before half time as Jean-Paul Boëtius scored a goal, with an assist by Robin Quaison.

Straight after the break, Maximilian Philipp made his mark and equalised for Wolfsburg.

In the 54th minute, Robin Quaison scored a goal, to give Mainz the lead.

Wolfsburg’s Joao Victor also scored in the 66th minute as he scored a goal.

Stefan Bell scored the decider, with an assist by Edimilson Fernandes, in the 77th minute. This brought the final score to 3-2.

The results in the last round mean that Wolfsburg finish in fourth place and Mainz in 12th. 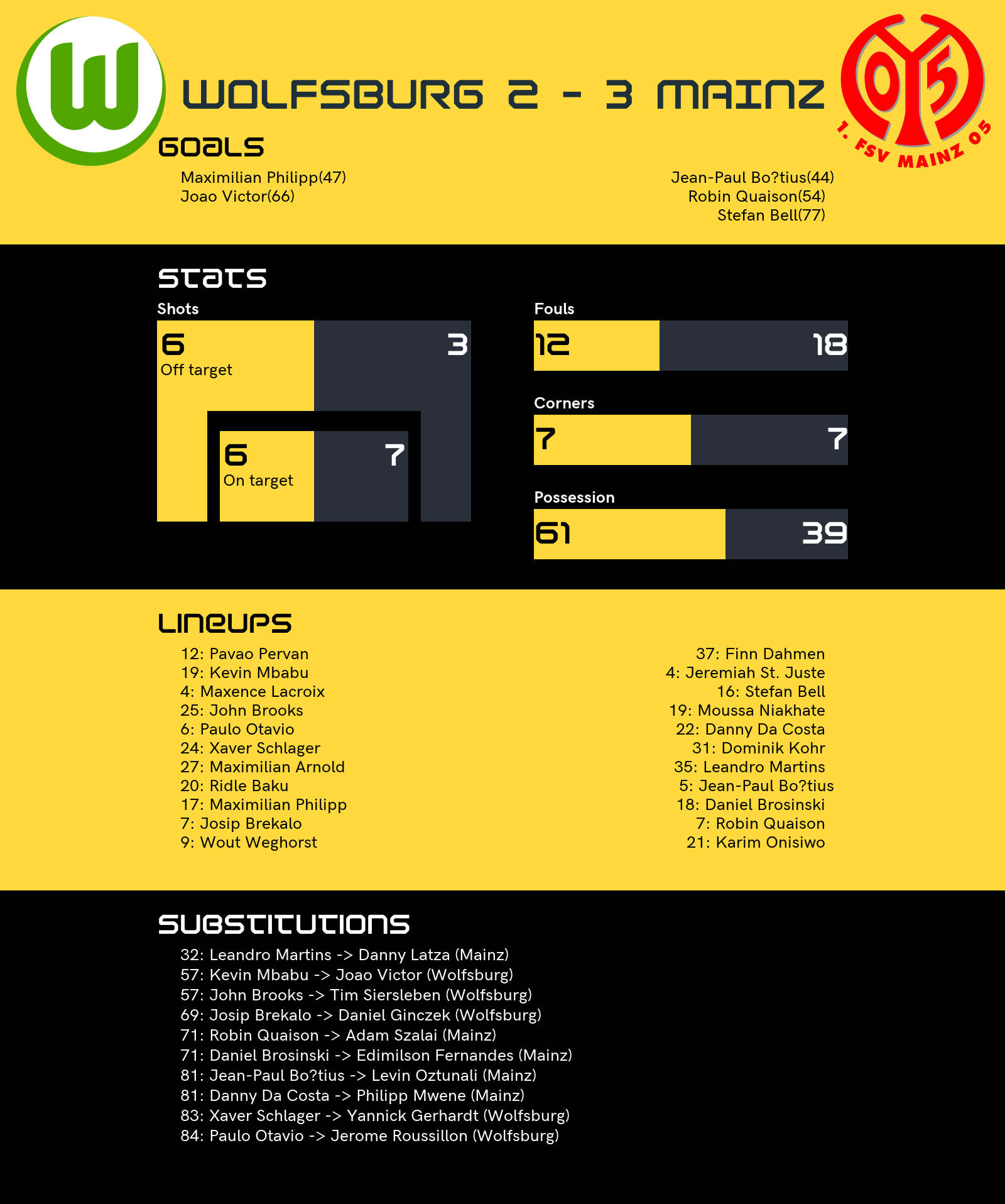 The Data Zone: Diagne salvages point for West Bromwich Albion in draw with Wolverhampton
Data Analysis: No goals in game between Cadiz and Celta Vigo