Liverpool won the game at home to Southampton 2-0 (1-0) in the Premier League. Thiago Alcantara and Sadio Mane were behind the victory with one goal each.

There was no real shape to the match until Liverpool took the lead just after the half-hour mark through Sadio Mane, who scored a goal, with an assist by Mohamed Salah, making it 1-0. The goal was his ninth on target in the league this season.

The 2-0 goal came in the 90th minute, when Thiago Alcantara scored a goal for Liverpool, with an assist by Roberto Firmino. The 2-0 goal was the last one of the game.

It was Liverpool’s sixth game in a row without defeat.

It was Southampton’s fourth game in a row without a win.

Liverpool have 3 wins and 2 draws with a 9–3 goal difference in the last 5 games, while Southampton have 1 win, 1 draw and 3 losses and a 5–10 goal difference.

With four games remaining, Liverpool are in sixth place in the table while Southampton are in 16th.

Next time Liverpool will play against Man United on Thursday at Old Trafford. Southampton take on Palace at home on Tuesday. 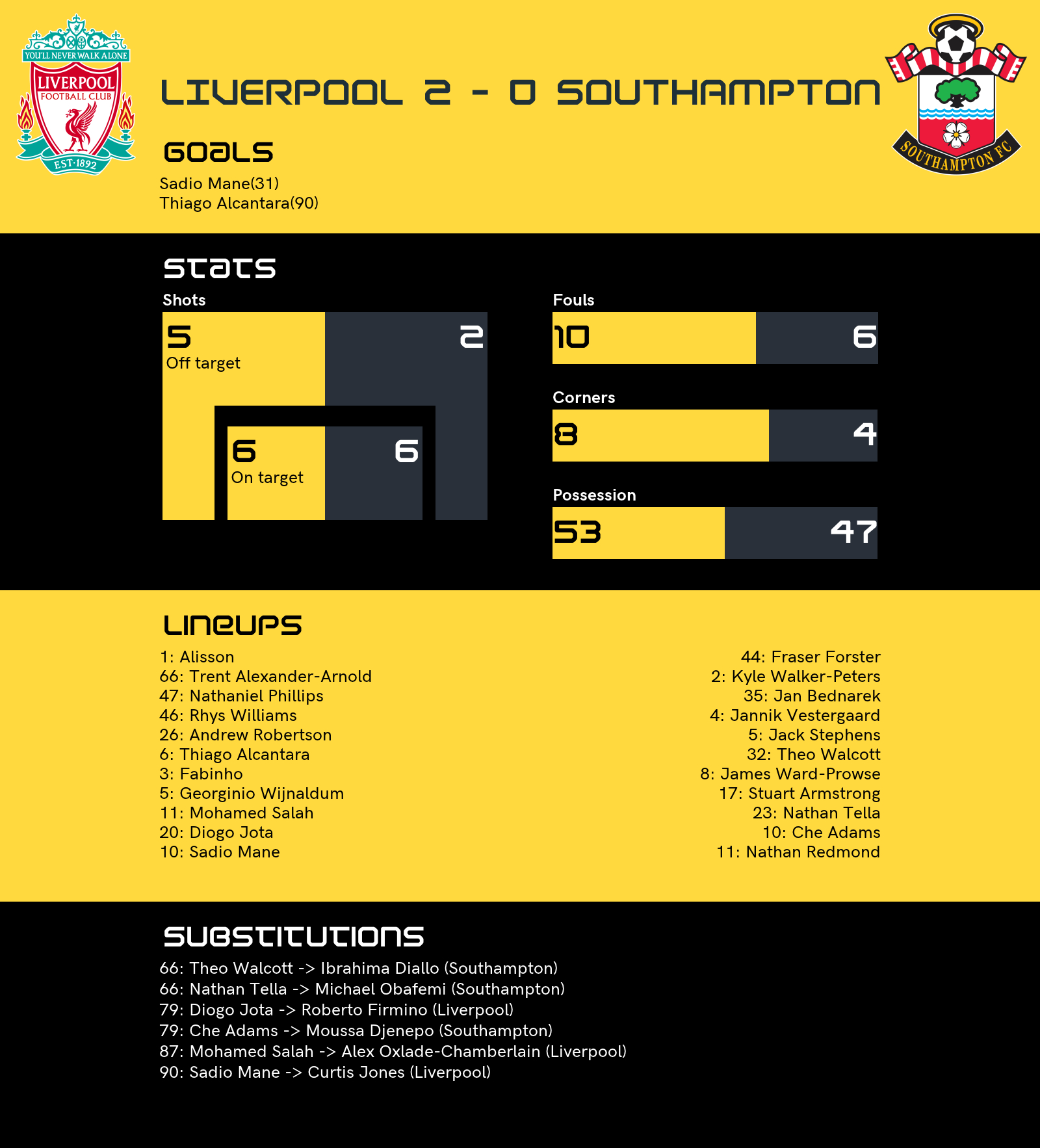