Eintracht Frankfurt won the game at home to Augsburg 2-0 (1-0) in the Bundesliga. Martin Hinteregger and Andre Silva were behind the victory with one goal each.

The match was goalless until Eintracht Frankfurt took the lead in the 37th minute through Martin Hinteregger, who scored a goal, with an assist by Daichi Kamada.

With more than 30 minutes on the clock, Eintracht Frankfurt’s Andre Silva scored a goal, from a pass from Filip Kostic, and increased their lead, what was his 24th goal of the season. The 2-0 goal was the last one of the game.

Eintracht Frankfurt have 4 wins and and 1 loss with a 13–10 goal difference in the last 5 games, while Augsburg have 1 win, 1 draw and 3 losses and a 2–6 goal difference.

With four games remaining, Eintracht Frankfurt are in third place in the table and Augsburg are in 11th.

In the next round, Frankfurt take on Leverkusen away at BayArena on Saturday. Augsburg play at home to Köln on Friday. 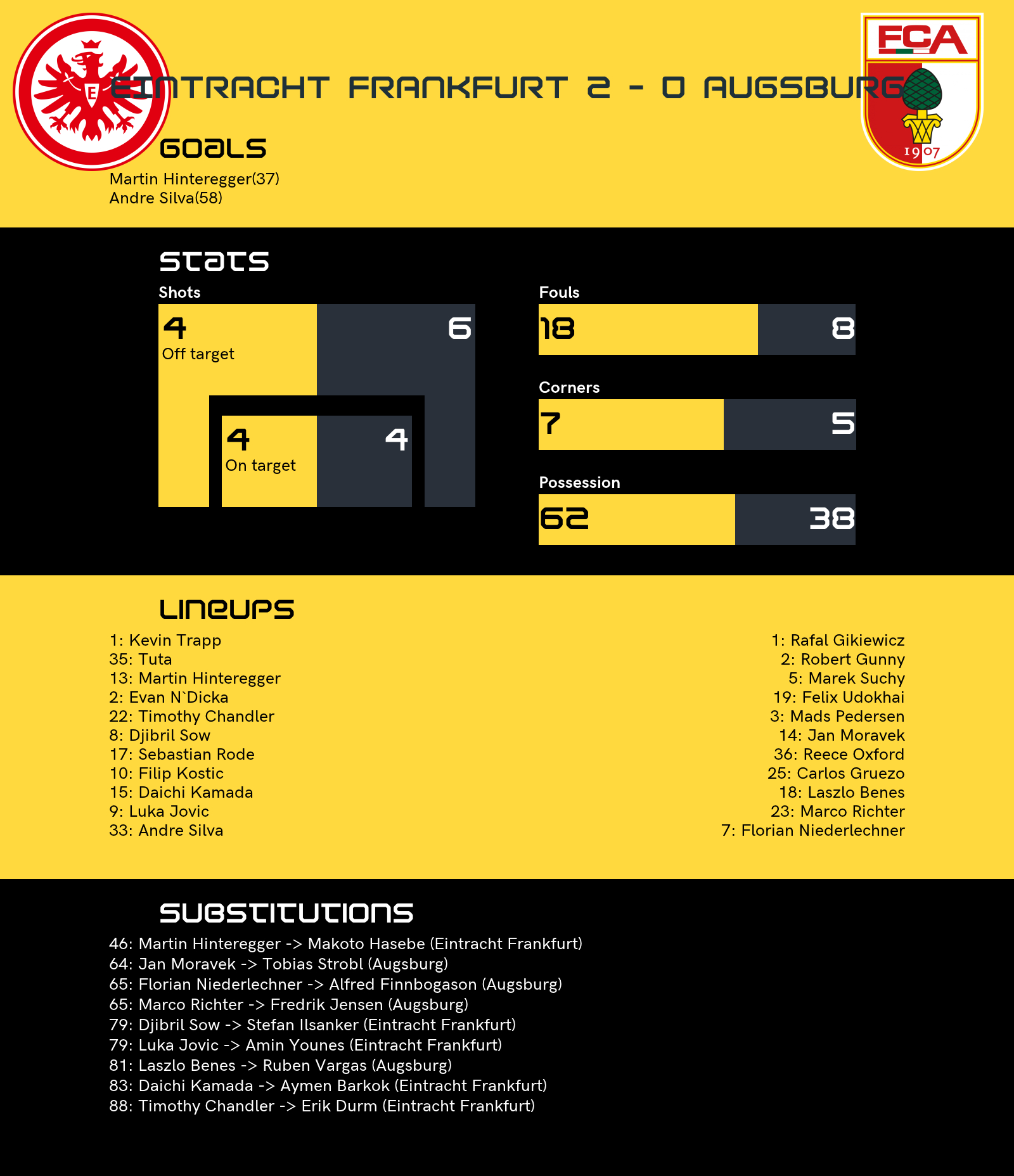