Juventus were trailing in the away game against Udinese in the Serie A. But they managed to turn defeat into victory as the match on Sunday finished 2-1 (0-1).

Udinese started the match best and took the lead when Nahuel Molina scored a goal after 10 minutes, with an assist by Rodrigo De Paul, making it 0-1.

Udinese looked like they were going to win for most of the game. Seven minutes left to play, Juventus’s Cristiano Ronaldo equalised as he scored a goal.

The deciding goal came in the final minutes, when Cristiano Ronaldo scored one more time. This occasion he scored a 1-2 for Juventus, with an assist by Adrien Rabiot. The team had then turned the match around.

Udinese have 2 wins and and 3 losses with a 7–7 goal difference in the last 5 games, while Juventus have 3 wins, 1 draw and 1 loss and a 9–5 goal difference.

With four games remaining, Udinese are in 11th place in the table while Juventus are in third.

Next time Udinese will play against Bologna on Saturday. Juventus take on Milan at home on Sunday. 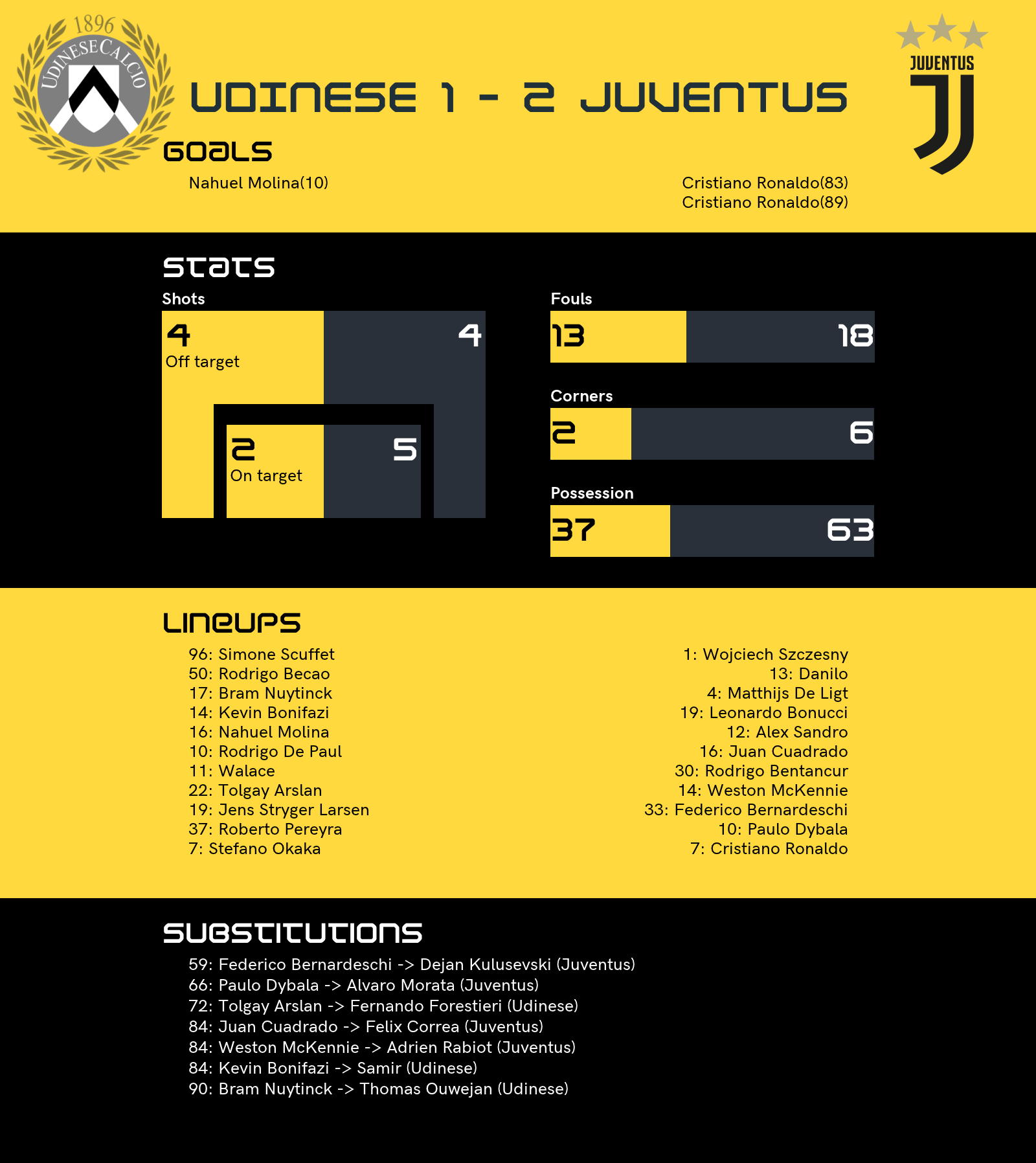