Celta Vigo are very hard to stop at the moment and in the game against Barcelona at Camp Nou on Sunday, they claimed yet another victory. The match finished 1-2 (1-1) and Celta now have five wins a row in the La Liga.

There was no real shape to the match until Barcelona took the lead just before the half-hour mark through Lionel Messi, who scored a goal, with an assist by Sergio Busquets, making it 1-0. The goal was his 30th on target in the league this season.

Celta Vigo equalised to make it 1-1, as Santi Mina scored a goal, with an assist by Iago Aspas, in the 38th minute.

Barcelona’s Clement Lenglet was sent off in the 83rd minute.

The deciding goal came in the final minutes, when Santi Mina scored yet again. This time he scored a 1-2 for Celta Vigo. It was Mina’s 12th goal. The team had then turned the match around.

With one game remaining, Barcelona are in third place in the table and Celta Vigo are in eighth.

On Saturday, Barca face Eibar at Ipurua and Celta take on Real Betis at home. 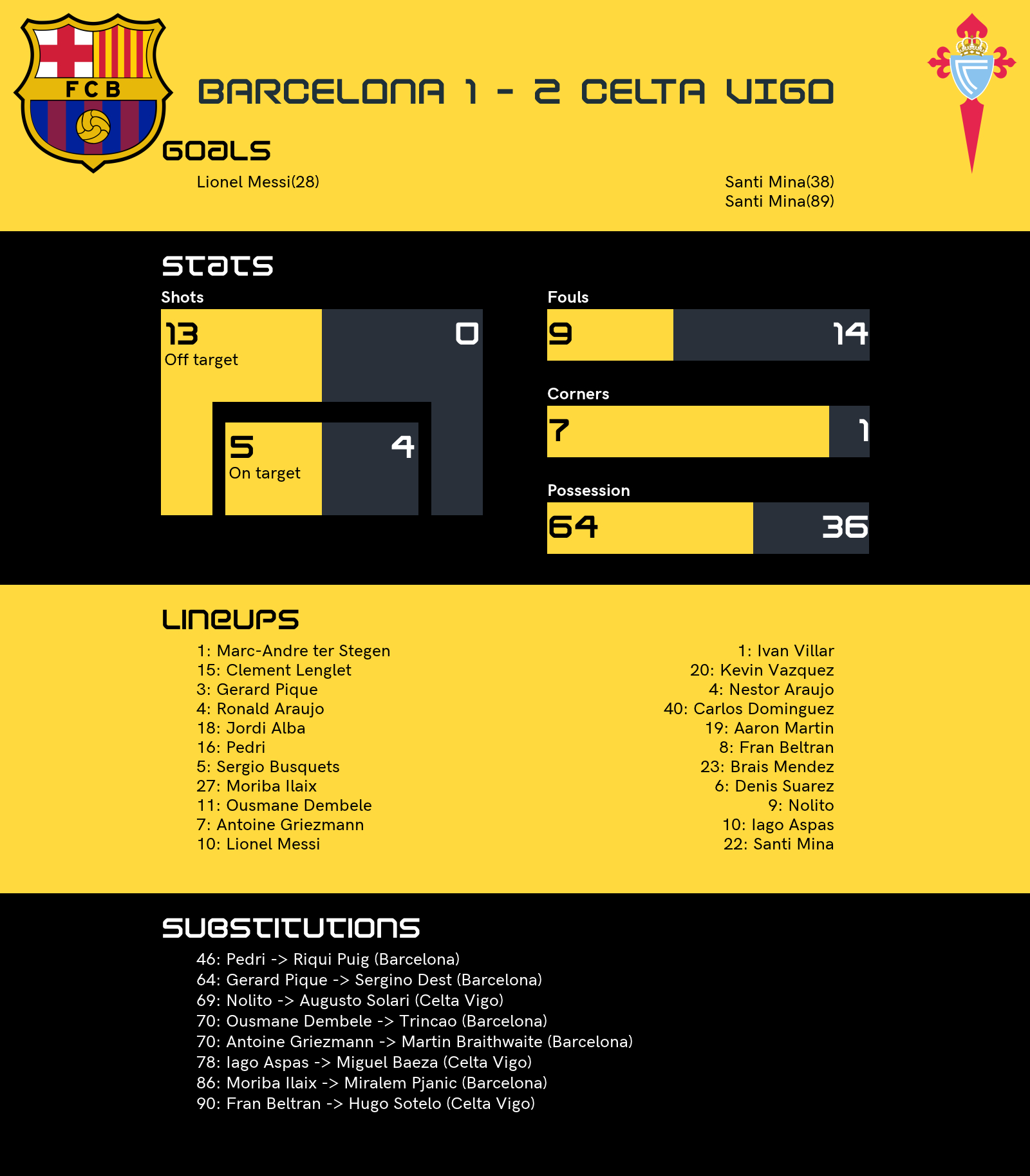