The first-half goal from Sobrino was to be the only goal of the game when Cadiz won 1-0 (1-0) away to Granada in the La Liga.

The match was goalless until Cadiz took the lead in the 39th minute through Ruben Sobrino, who scored a goal, with an assist by Alvaro Negredo.

Granada’s Roberto Soldado was sent off in the 88th minute.

With four games remaining, Granada are in eighth place in the table and Cadiz are in 12th.

Next time Granada will play against Real Betis on Monday at Benito Villamarín. Cadiz take on Huesca at home on Saturday. 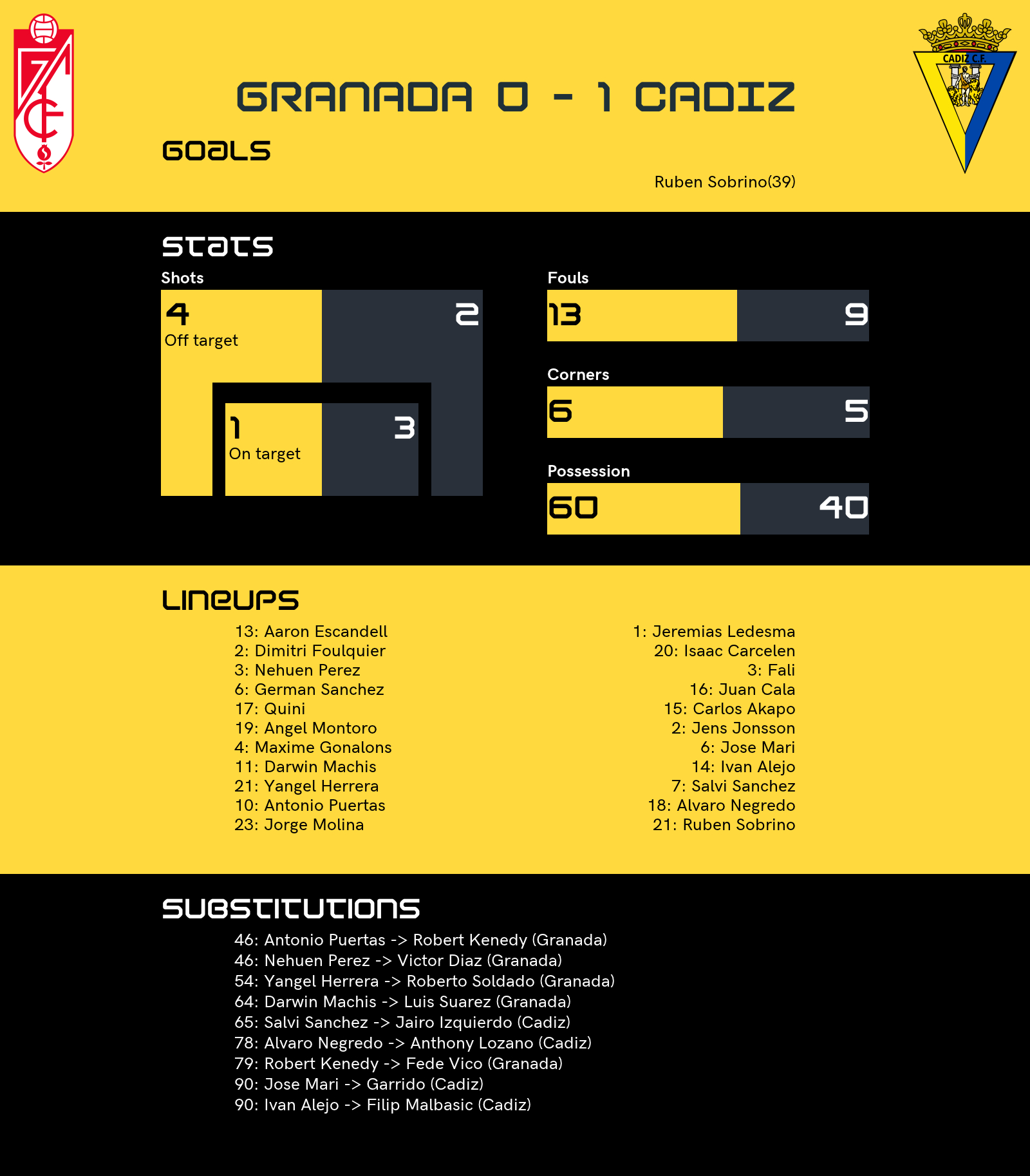