Schalke 04 have ended their unfortunate run of four successive defeats in the Bundesliga. The much-longed-for break came at home to Eintracht Frankfurt. The game at Veltins-Arena finished 4-3 (1-1).

Schalke 04 took an early lead when Klaas-Jan Huntelaar scored a goal after 15 minutes, making it 0-1.

Eintracht Frankfurt equalised to make it 1-1 after almost half an hour’s play as Andre Silva scored a goal, with an assist by Amin Younes.

Straight after the break, Evan N`Dicka found the net and gave the team the lead.

In the 52nd minute, Blendi Idrizi scored a goal, from a pass from Klaas-Jan Huntelaar, to equalise for Schalke 04.

With 30 minutes on the clock, Schalke 04’s Florian Flick scored a goal, with an assist by Matthew Hoppe, and gave Schalke 04 the lead.

With barely 30 minutes on the clock, Schalke 04’s Matthew Hoppe scored a goal and increased their lead, what was Hoppe’s sixth goal of the season.

With one game remaining, Schalke 04 are in last place while Eintracht Frankfurt are in fifth.

In the next round on Saturday, Schalke face Köln away at RheinEnergieStadion, while Frankfurt host Freiburg. 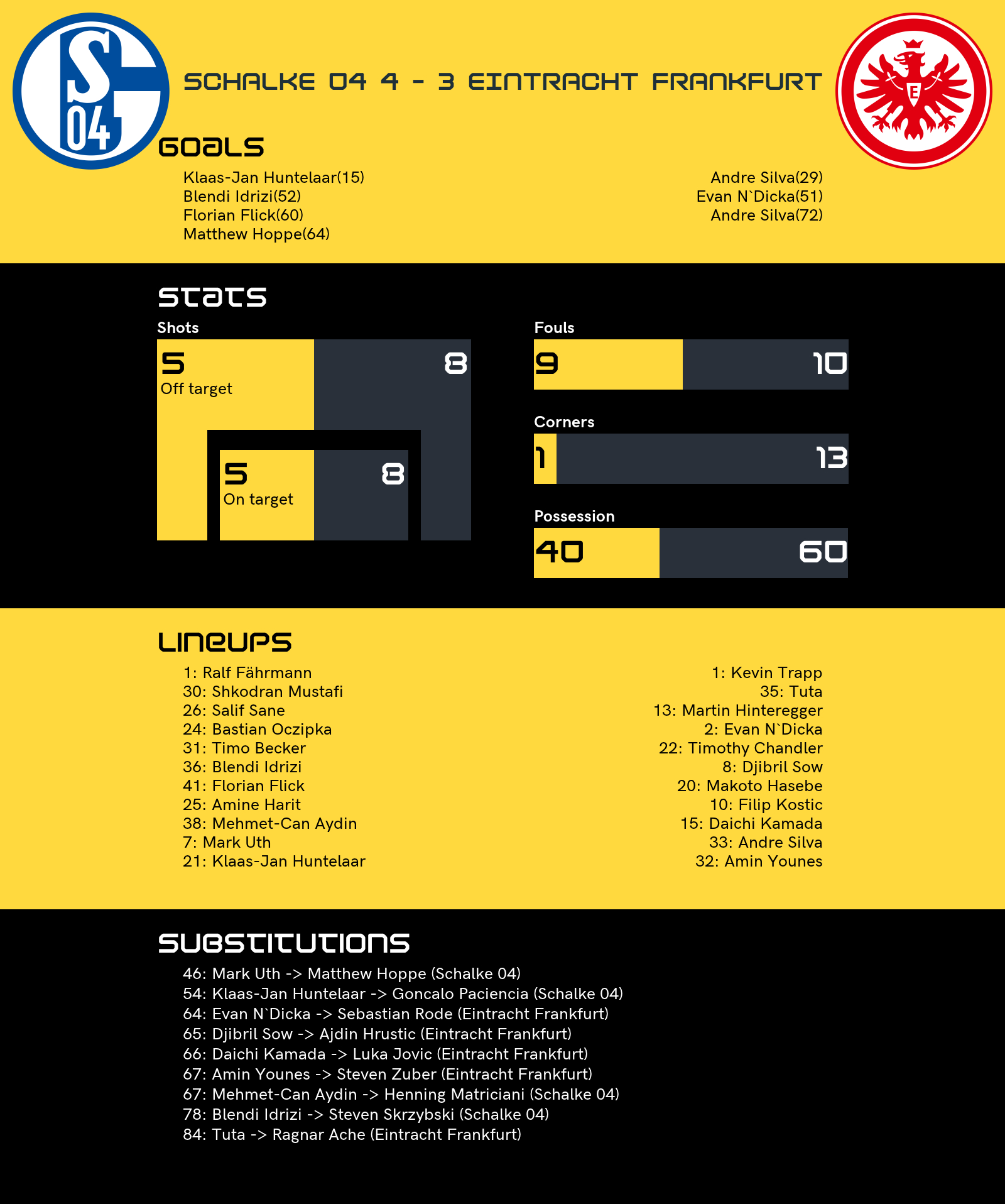