The only goal of the game came from Ramirez in the second half in Huesca’s victory in the La Liga, as they beat Real Sociedad 1-0 (0-0) at home.

Goal was scored right at the death with three minutes left to play, when Sandro Ramirez scored a goal made it 1–0 for Huesca.

With four games remaining, Huesca are in 17th place in the table while Real Sociedad are in fifth.

In the next round, Huesca take on Cadiz away at Ramón de Carranza on Saturday. Sociedad play at home to Elche on Friday. 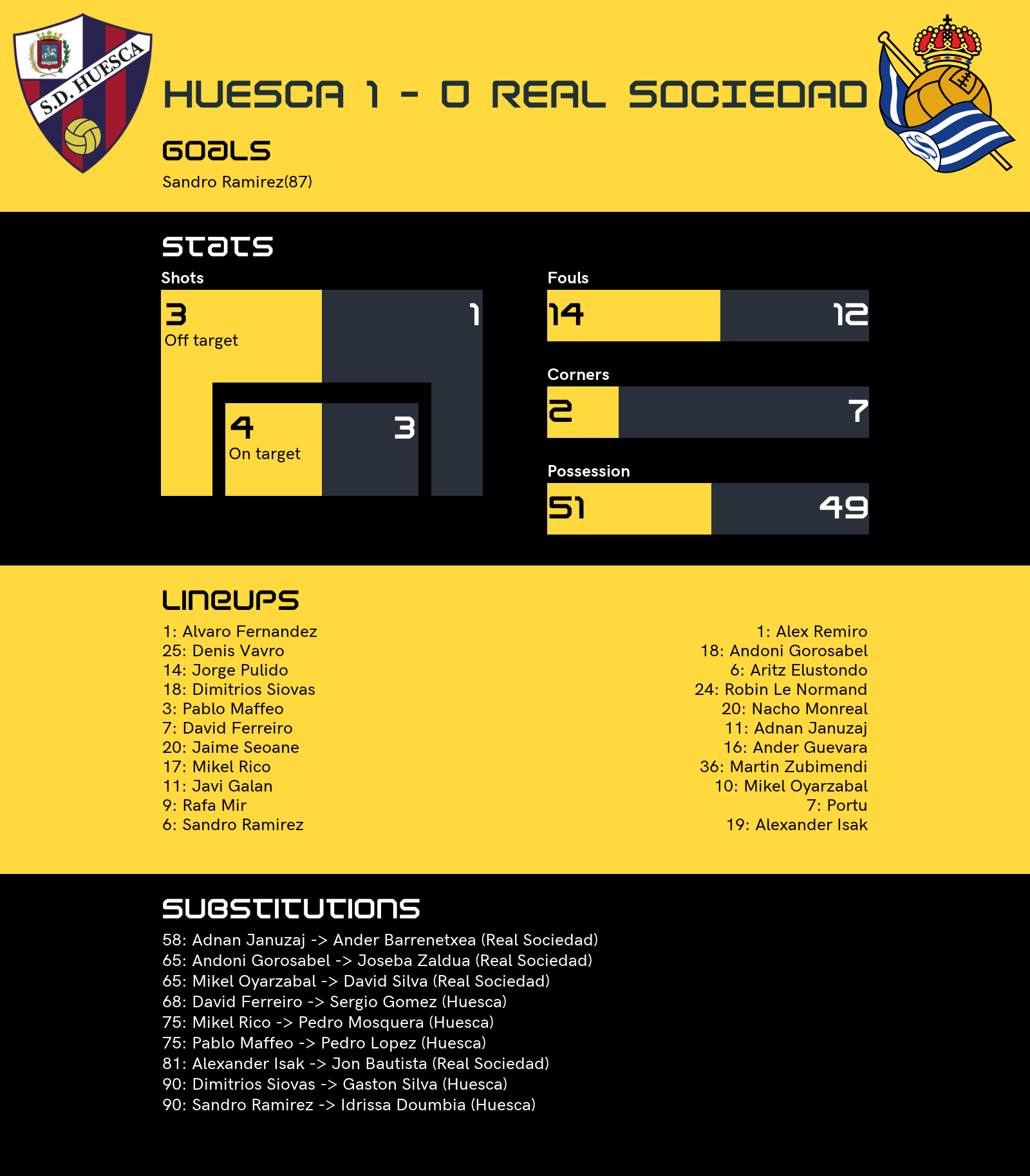