Queens Park Rangers won 2-0 (1-0) away to Stoke City in the Championship. Charlie Austin and Osman Kakay scored one goal each for QPR.

After that the game came to a long, indecisive standstill without either team managing to score. It took until the 71st minute before Osman Kakay increased the lead. This brought the final score to 2-0.

It was Stoke City’s sixth game in a row without a win.

Stoke City have 2 draws 3 losses with a 3–8 goal difference in the last 5 games, while Queens Park Rangers have 3 wins and and 2 losses and a 7–7 goal difference.

With one game remaining, Stoke City are in 14th place in the table and Queens Park Rangers are in ninth. 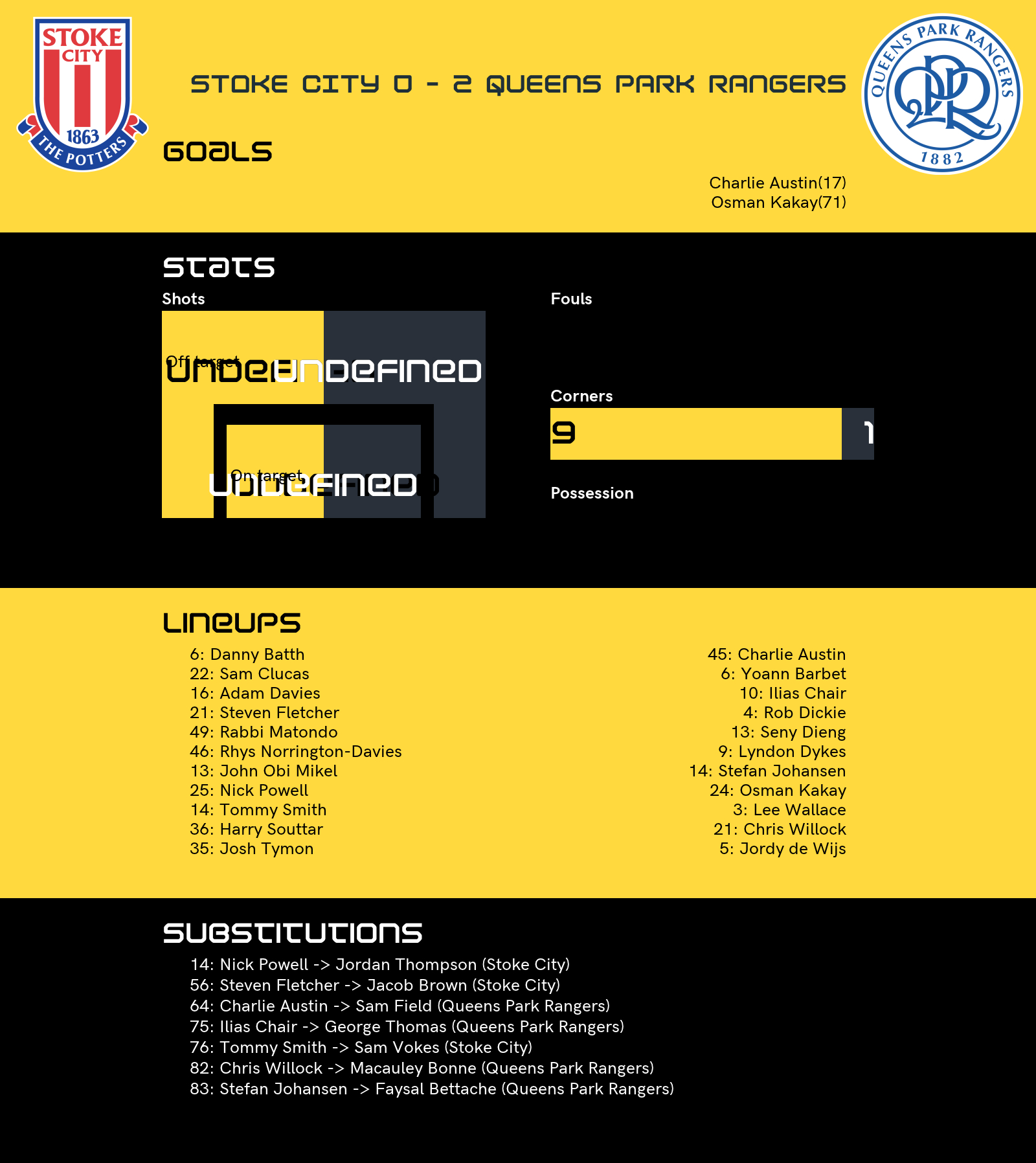