After a goal from Vlahovic, Fiorentina were 1-0 up at half-time, in their home game against Juventus in the Serie A. But then, Juventus clawed their way back into the game and equalised through Morata. The game finished 1-1.

It was 0-0 until Fiorentina took the lead just before the half-hour mark through Dusan Vlahovic, who scored a goal, making it 1-0.

Straight after the break, Alvaro Morata found the net and equalised for Juventus. This brought the final score to 1-1.

This means Fiorentina are still in 14th place and Juventus are in third.

On Sunday, Fiorentina will host Bologna at 2pm and Juventus will play against Udinese at 5pm. 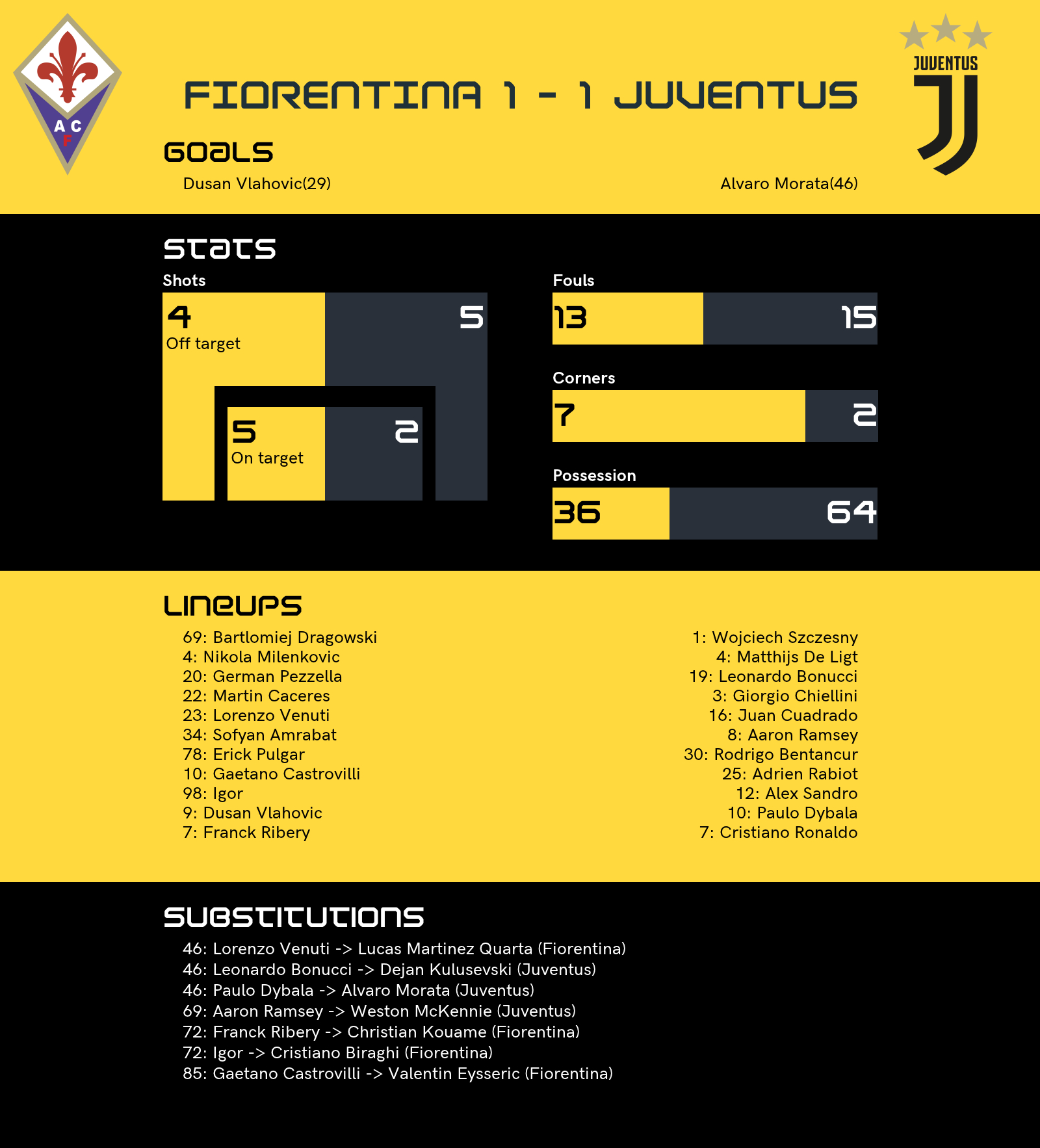 The Stats: Jankto and Silva matchwinners for Sampdoria against Roma
The Data: Millwall beat City in nailbiter