The home side Barcelona were in control, leading 1-0 in the La Liga game. But Granada turned the game around and won 2-1.

Barcelona started the match well and took the lead when Lionel Messi scored a goal after 23 minutes, with an assist by Antoine Griezmann, making it 0-1. The goal was his 26th on target in the league this season.

There was a long delay before the next goal came. With barely 30 minutes on the clock, Granada’s Darwin Machis scored a goal and equalised.

Jorge Molina scored the decider, in the 79th minute. It was Molina’s sixth goal for the season. Molina then completed the team’s come back, what brought the final score to 1-2.

So, Barcelona are still in third place and Granada are in eighth.

On Sunday, Barca will host Valencia at 8pm and Granada will play against Cadiz at 5:30 pm. 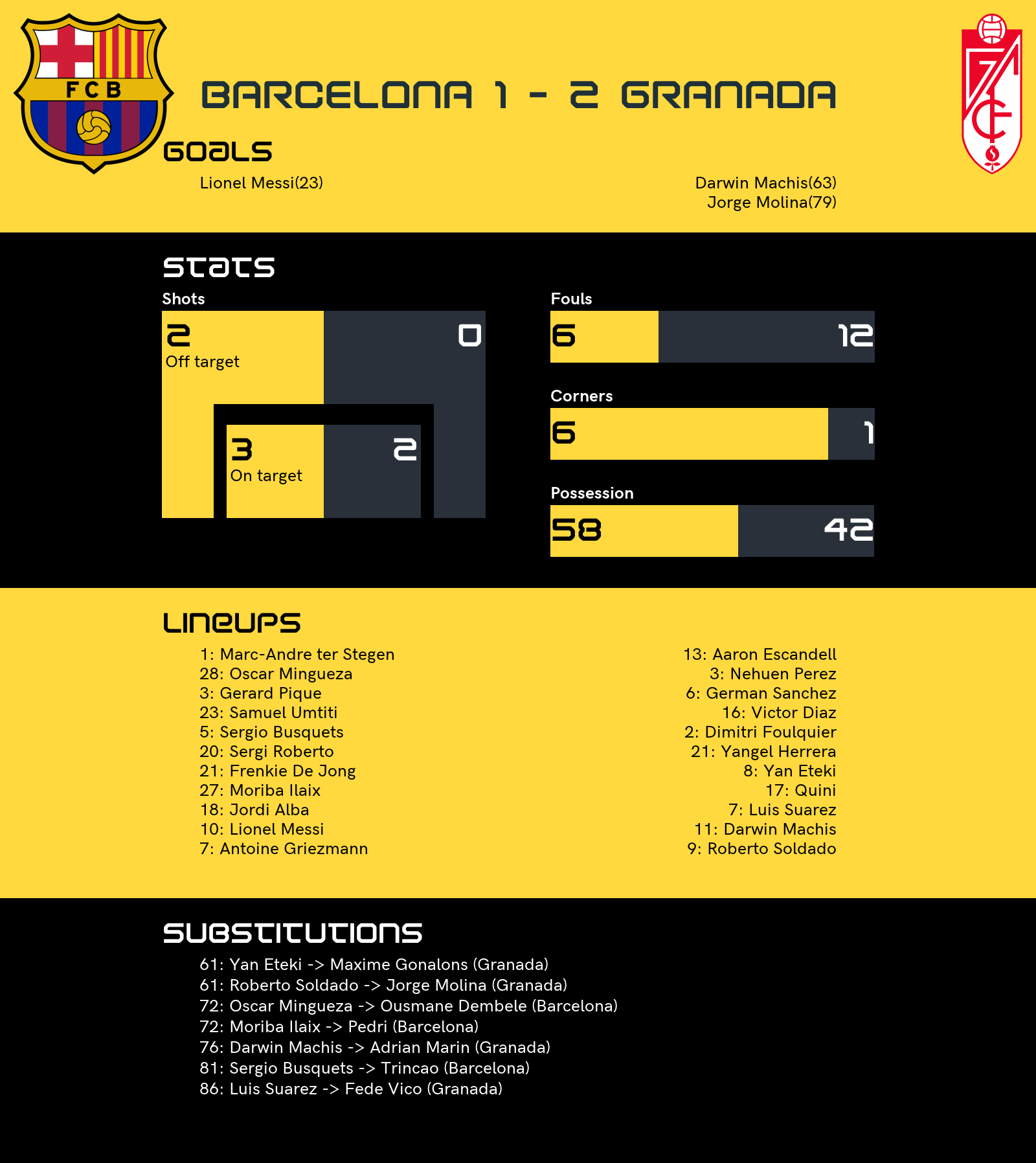