Freiburg won Sunday’s game away to FC Köln in the Bundesliga. They were ahead 2-0 and only increased their lead towards the end. The game finished 4-1.

Freiburg took an early lead when Nils Petersen scored a goal in the 18th minute, making it 1-0. The goal was his eighth on target in the league this season.

The team increased their lead to 0-2, as Ermedin Demirovic scored a goal, with an assist by Vincenzo Grifo, in the 20th minute.

Straight after the break, Sebastian Andersson made his mark and reduced the score for FC Köln. FC Köln were unable to score any more goals.

The 1-3 goal came in the 90th minute, when Vincenzo Grifo scored a goal for Freiburg, with an assist by Lucas Höler. It was Grifo’s ninth goal.

Freiburg’s 1-4 came straight after when Jonathan Schmid scored, with an assist by Vincenzo Grifo, in the 90th minute. The 4-1 goal was the last one of the game.

With two games remaining, FC Köln are in 17th place in the table and Freiburg are in ninth.

On Saturday, Köln face Hertha at Olympiastadion and Freiburg take on Bayern at home. 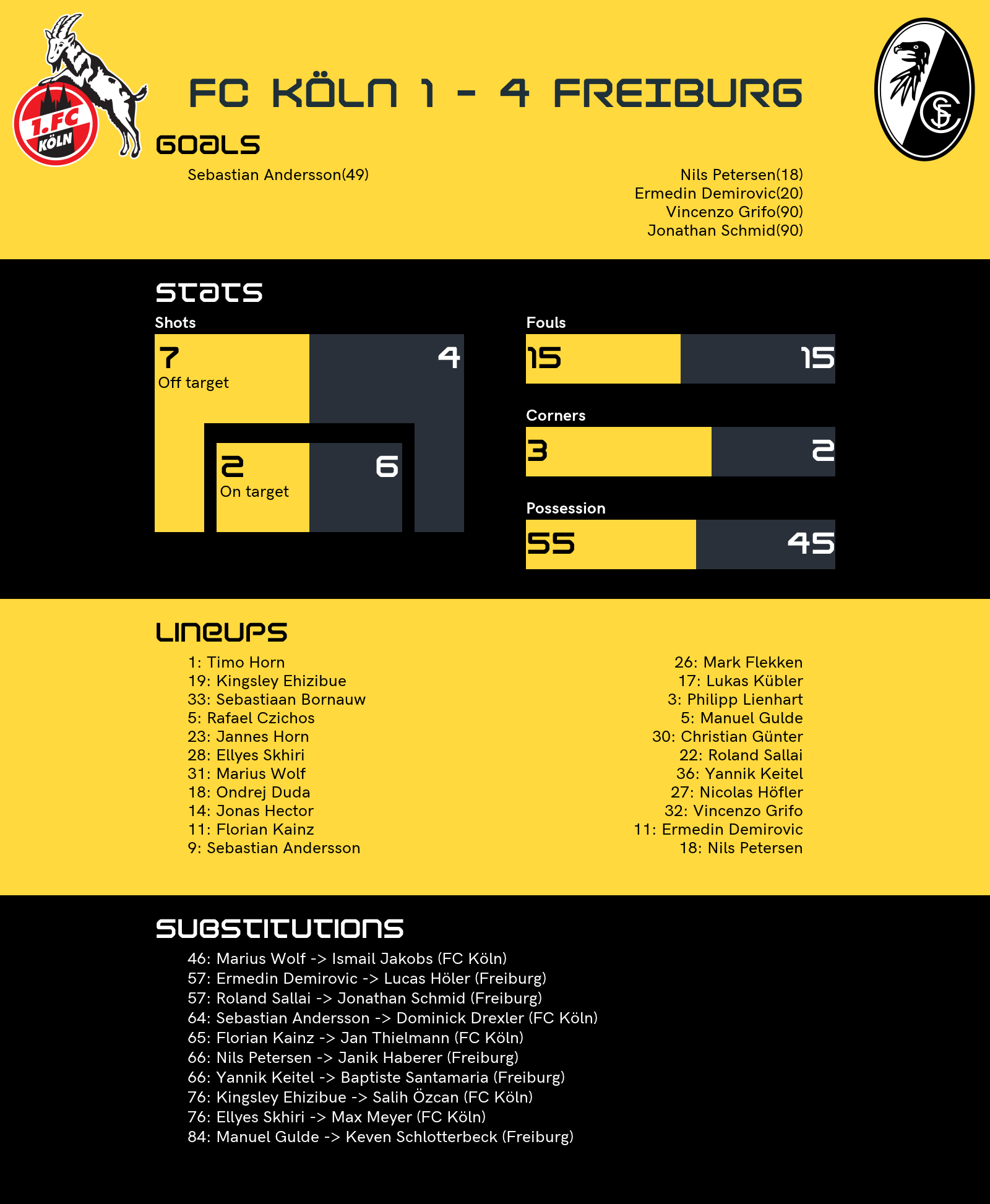