Elche won 2-0 (1-0) at home to Atlethic Bilbao in the La Liga. Lucas Boye and Raul Guti scored one goal each for Elche.

There was no real shape to the match until Elche took the lead just before the half-hour mark through Lucas Boye, who scored a goal, with an assist by Pere Milla, making it 1-0. He has now scored seven La Liga goals this season.

It took until the 73rd minute before Raul Guti increased the lead. The 2-0 goal was the last one of the game.

Wrapping up the regular season, Elche finished in 17th place and Atlethic Bilbao in ninth. 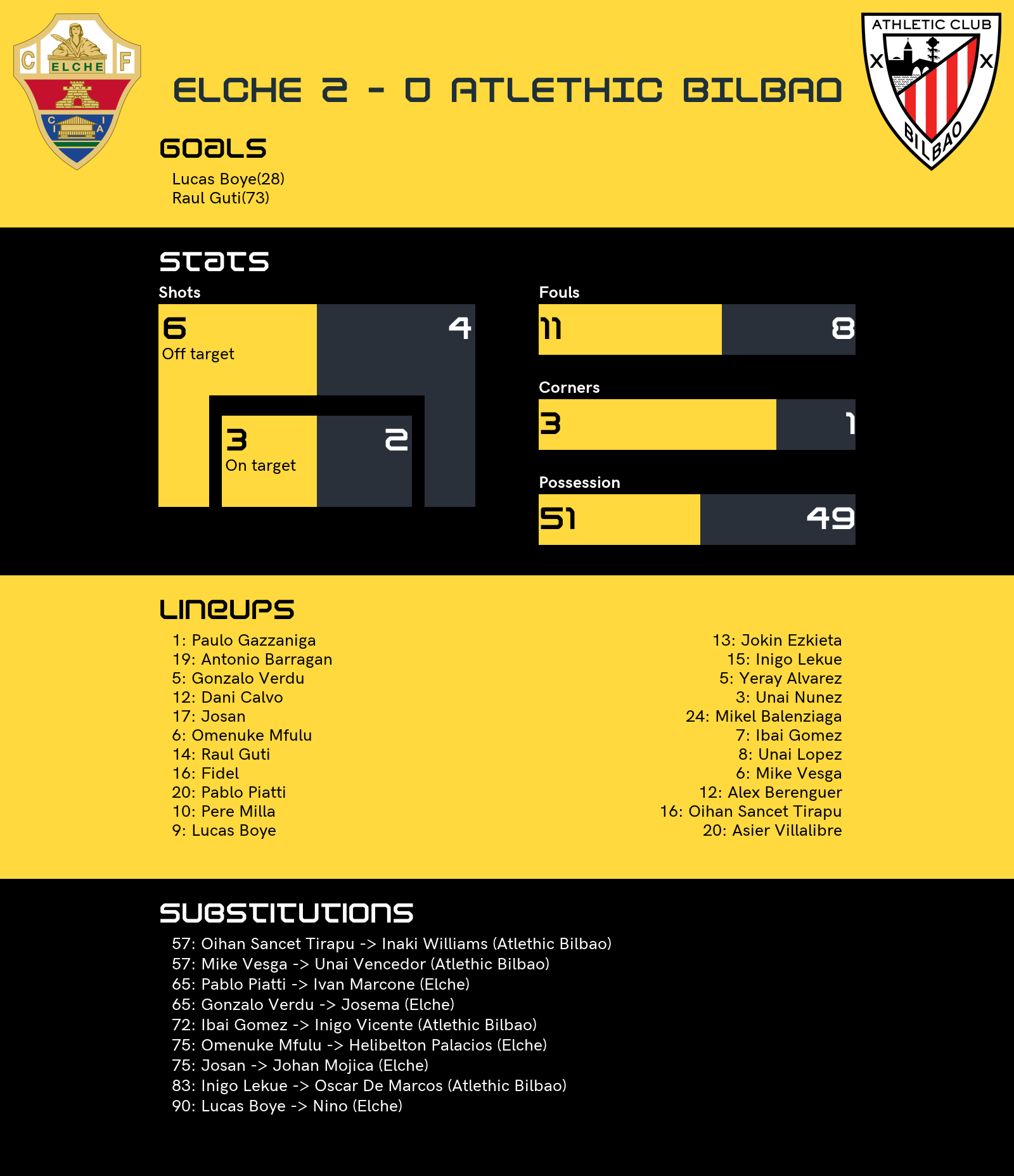