Sassuolo claimed an odd-goal win in the game against Genoa in the Serie A on Sunday. The team won 2-1 (1-0).

Sassuolo started the match well and took the lead when Giacomo Raspadori scored a goal after 14 minutes, with an assist by Hamed Junior Traore, making it 1-0.

It took a while for either team to score again. In the 66th minute, Domenico Berardi scored a goal, to increase the lead for Sassuolo.

Five minutes left to play, Genoa’s Davide Zappacosta reduced as he scored a goal, with an assist by Marko Pjaca. However, Genoa were unable to make more of an impression, what brought the final score to 1-2.

It was Sassuolo’s sixth game in a row without defeat.

With three games remaining, Genoa are in 14th place in the table while Sassuolo are in eighth. 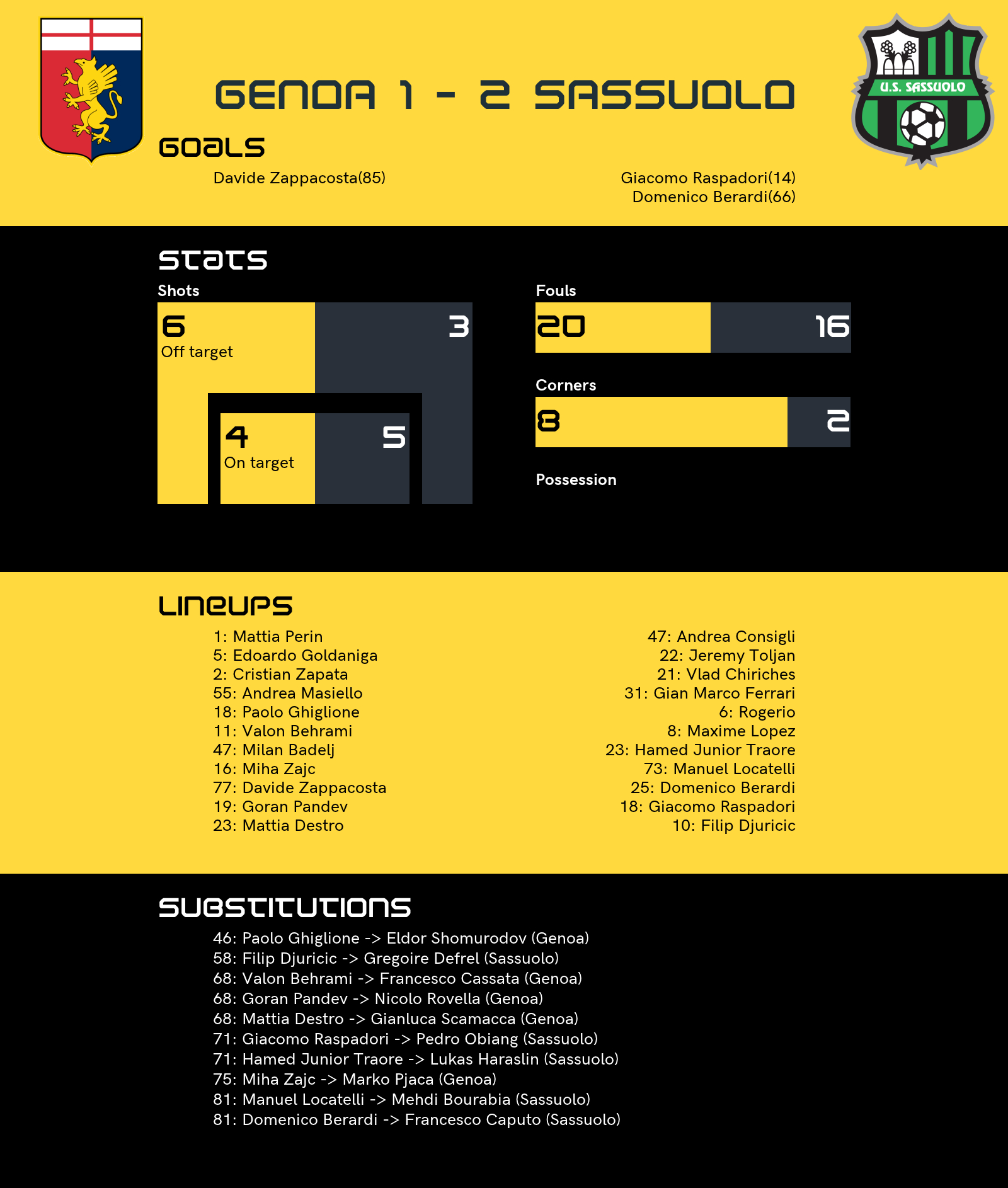