Manchester City were ahead 1-0 in the Premier League game at The Amex but the Brighton came back to win 3-2.

The visitors Manchester City started the match at pace and took the lead straight away early in the game. After only 2 minutes Ilkay Gündogan scored a goal from a pass from Riyad Mahrez. The goal was his 13th on target in the league this season.

Manchester City’s Joao Cancelo was sent off in the 10th minute.

Straight after the break, Phil Foden scored and increased the team’s lead. It was Foden’s eighth goal for the season. Manchester City were unable to score any more goals.

In the 50th minute, Leandro Trossard scored a goal, to reduce the score for Brighton.

Adam Webster equalised for Brighton in the 72nd minute, from a pass from Pascal Gross.

Dan Burn scored the decider, in the 76th minute. Burn then completed the team’s come back. The 3-2 goal was the last goal of the game.

With one game remaining, Brighton are in 15th place in the table and Manchester City are still at the top of the table. 12 points separate the teams.

In the next round on Sunday, Brighton face Arsenal away at Emirates Stadium, while Man City host Everton. 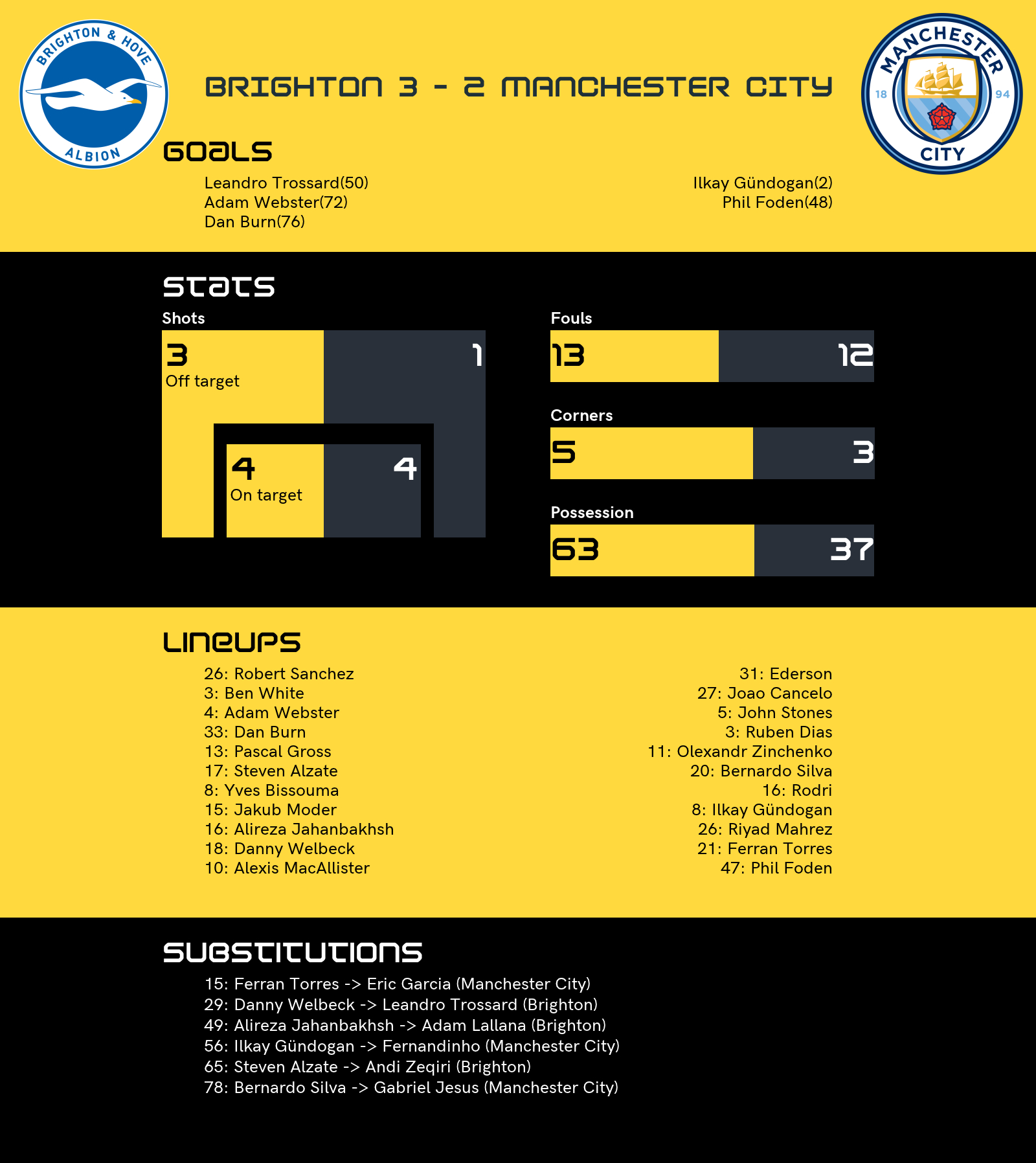