Barcelona took the lead before the first half in the La Liga game against Villarreal on Sunday. In the second half, Villarreal’s efforts bore no fruit and the game finished 2-1 (2-1) to the away side.

Villarreal started the match best and took the lead when Samuel Chukwueze scored a goal after 26 minutes, with an assist by Pau Torres, making it 0-1.

Barcelona equalised to make it 1-1 after almost half an hour’s play as Antoine Griezmann scored a goal, with an assist by Oscar Mingueza.

The team took the lead just seven minutes later as Antoine Griezmann scored again. This time he scored a goal. The goal was his 11th on target in the league this season. Griezmann then completed Barcelona’s come back. The second half was goalless and the game ended with a 2-1 win for Barcelona.

Villarreal’s Manu Trigueros was sent off in the 65th minute.

The result brings no change for the teams in terms of league position: Villarreal in seventh place and Barcelona in third.

Barca will play against Granada on Thursday. Villarreal will face Getafe on Sunday. 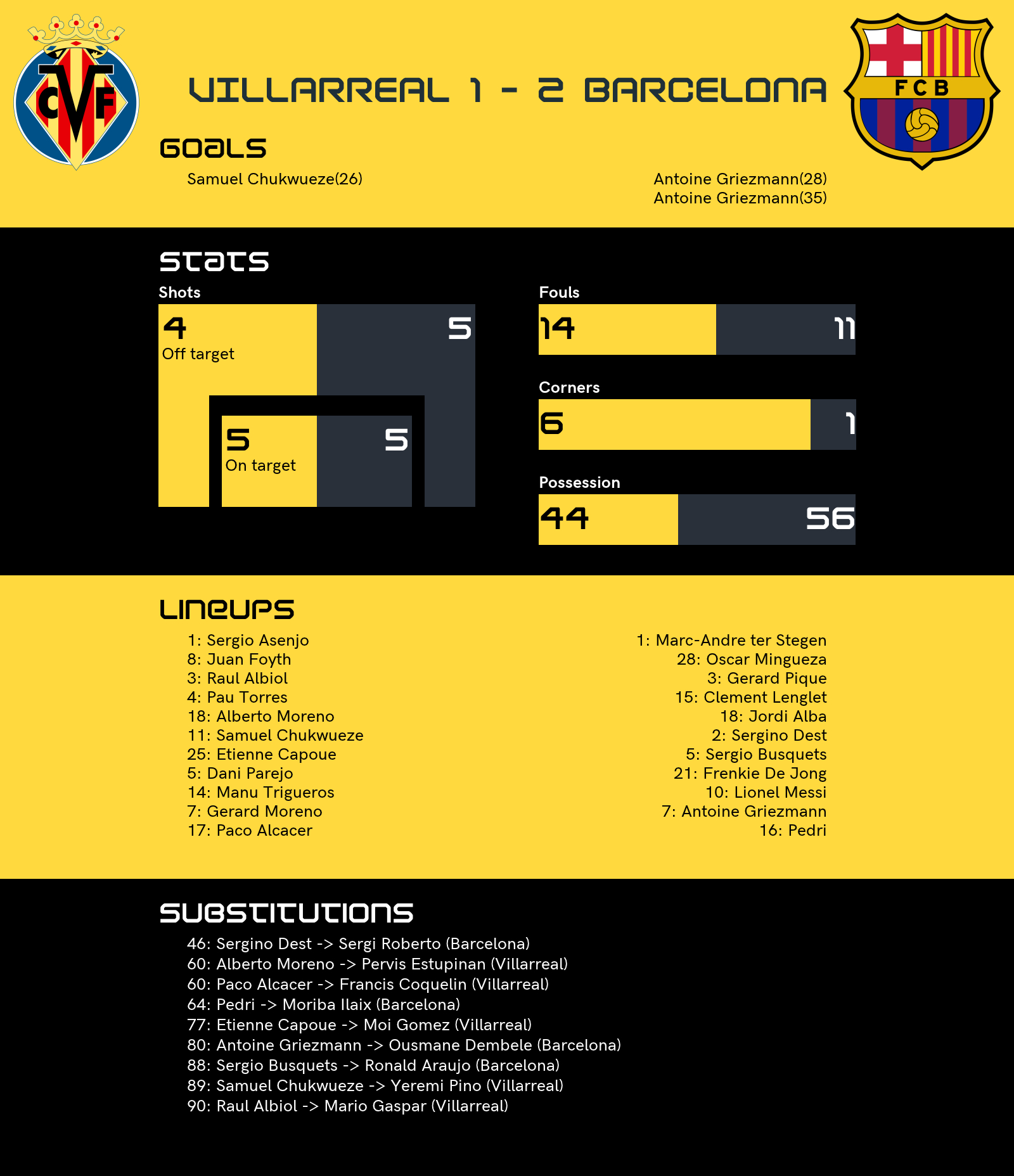