Determined performance by Fulham – claims a point away to Manchester United

Fulham got a point away from home against a strong Manchester United on Tuesday. The Premier League match finished 1-1 (1-0).

Manchester United started the match well and took the lead when Edinson Cavani scored a goal after 15 minutes, with an assist by Bruno Fernandes, making it 0-1. The goal was his 10th on target in the league this season.

It took a while for either team to score again. Joe Bryan equalised for Fulham, with an assist by Bobby Reid, in the 76th minute, what brought the final score to 1-1.

It was Fulham’s ninth game in a row without a win.

With one game remaining, Manchester United are in second place in the table and Fulham are in 18th.

In the next round on Sunday, Man United face Wolverhampton away at Molineux Stadium, while Fulham host Newcastle. 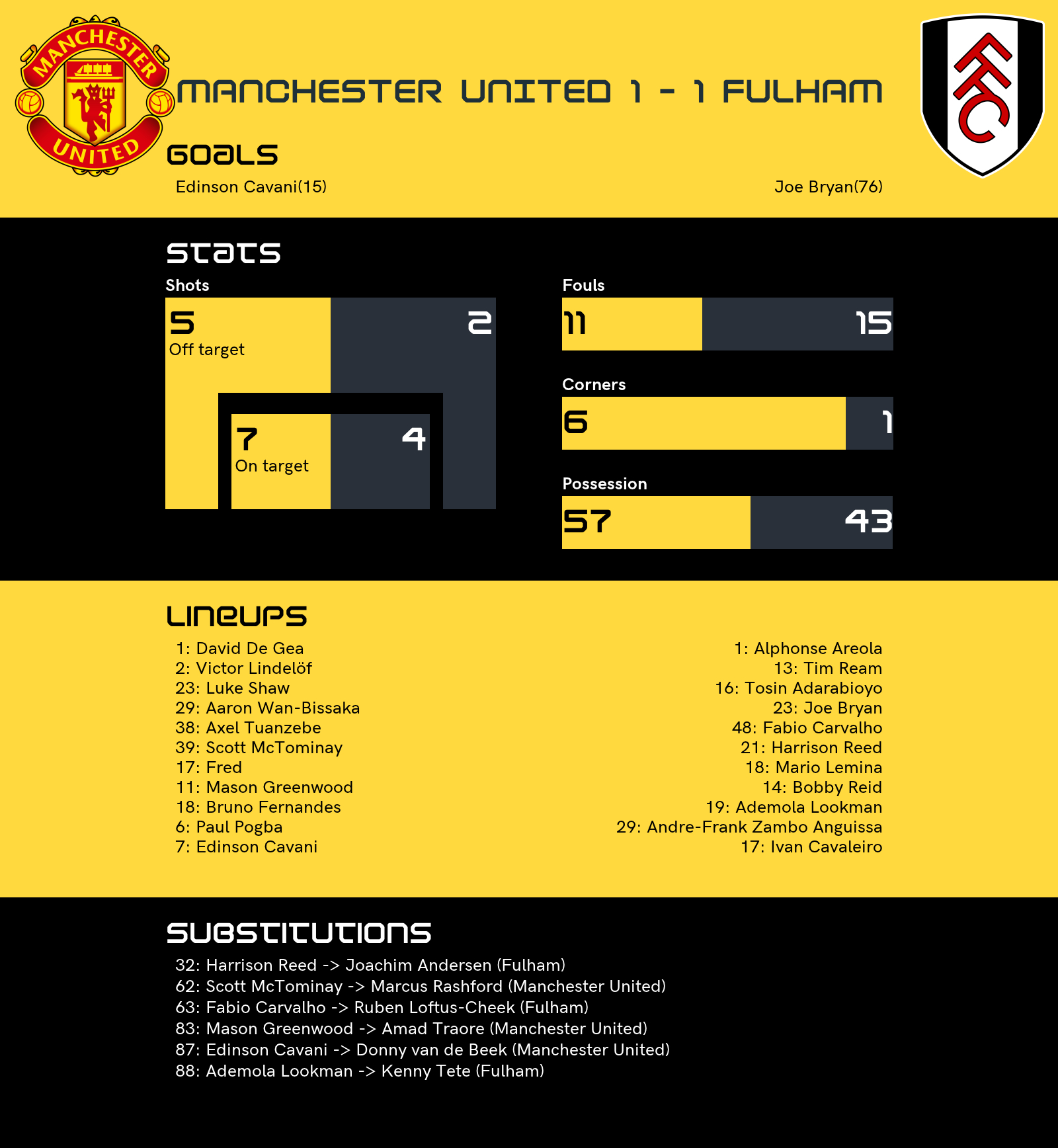