Granada scored the first goal when Roberto Soldado scored a goal in the 21st minute, with an assist by Antonio Puertas, making it 0-1.

The team also increased their lead to 2-0, as Antonio Puertas scored a goal, in the 37th minute.

With barely 30 minutes on the clock, Eibar’s Kike scored a goal, from a pass from Pedro Leon, and plugged one back for Eibar, what was his ninth goal of the season. Eibar were unable to score any more goals.

Roberto Soldado again increased Granada’s lead, with an assist by Robert Kenedy, in the 77th minute. He has now scored eight La Liga goals this season.

With nine minutes left to play, Granada’s Robert Kenedy increased the lead as he scored a goal. The 4-1 goal was the last one of the game.

The result means Granada are in eighth place, while Eibar are in 20th and last place.

Granada play Sevilla away on Sunday. Eibar will face Sociedad at home on Monday. 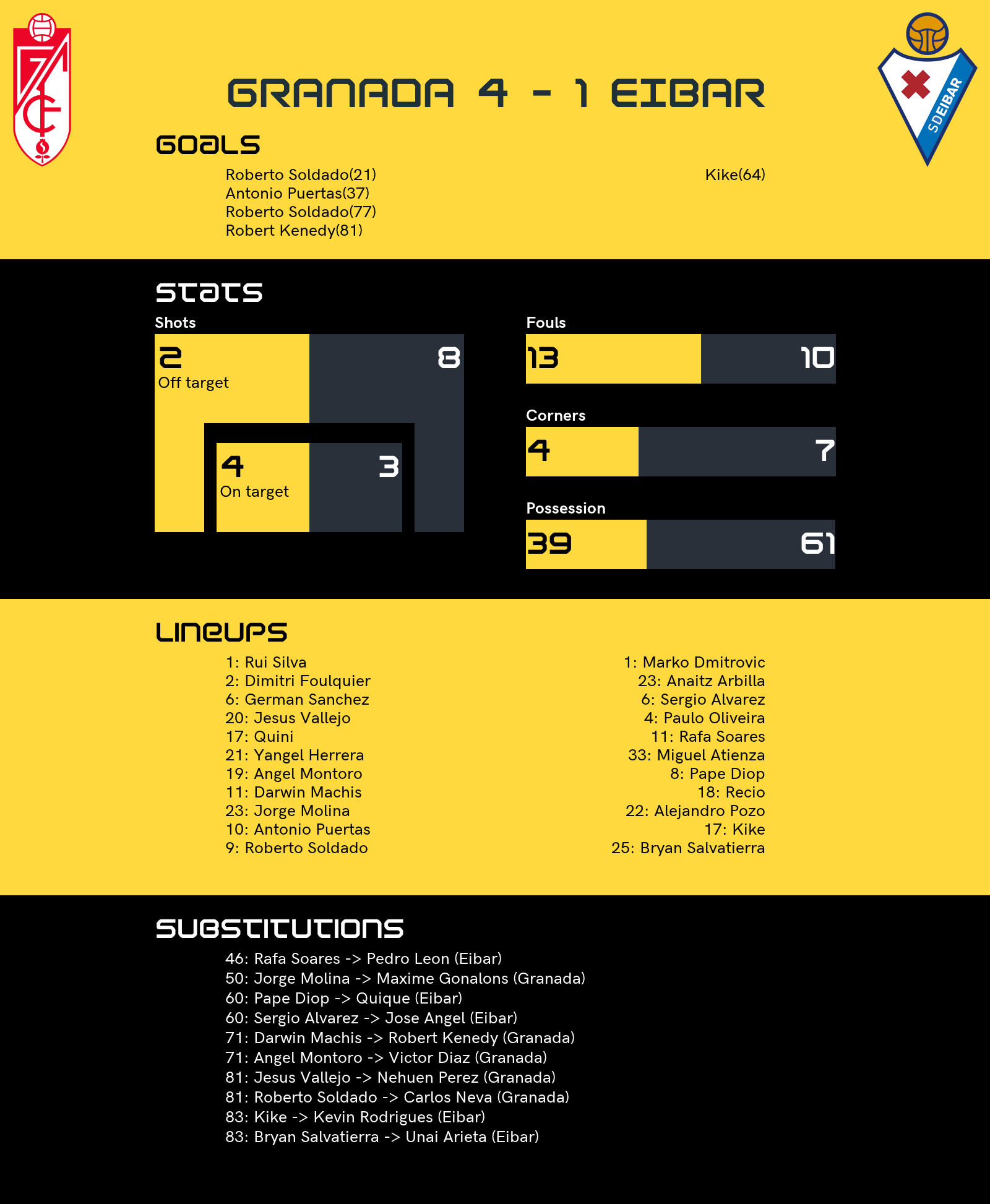