Rotherham have gone through a tough spell in the Championship with a run of five successive defeats. But after the 1-1 (0-1) win at New York Stadium against Blackburn Rovers, things are looking brighter for Rotherham with at least a much longed-for point.

The visiting team Blackburn Rovers scored the first goal when Adam Armstrong scored a goal in the 17th minute, making it 1-0.

It took a long time before the next goal came. The equaliser came in the final minutes, when Lewis Wing scored a goal for Rotherham. This brought the final score to 1-1.

The game was however the sixth in a row without a win for Rotherham.

Rotherham have 1 draw and 4 losses with a 2–6 goal difference in the last 5 games, while Blackburn Rovers have 2 wins, 2 draws and 1 loss and a 10–7 goal difference.

The result means Rotherham stay in 22nd place and Blackburn Rovers are in 15th.

Rotherham will host Luton on Tuesday. Blackburn will face Birmingham at Ewood Park on Saturday. 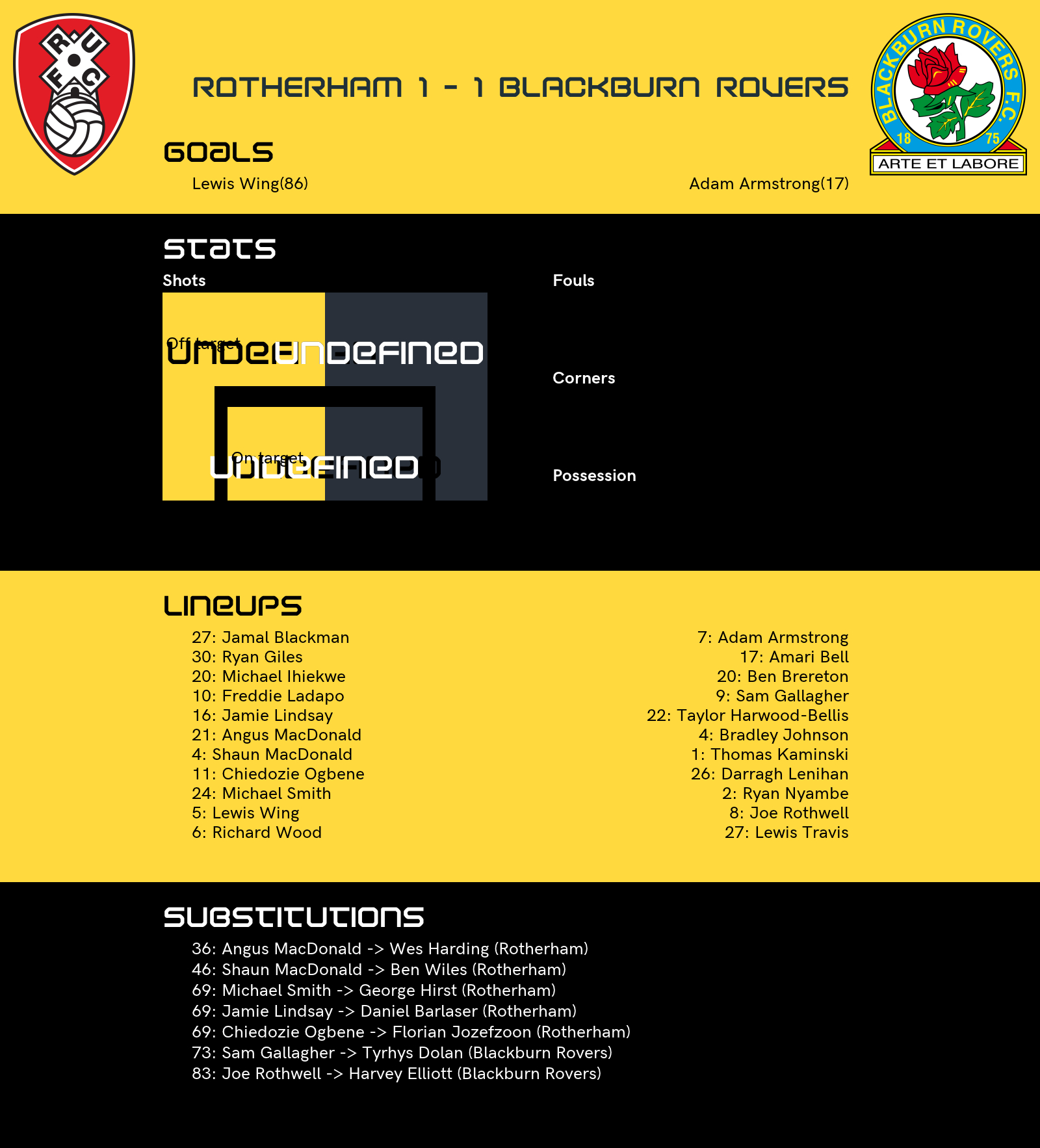