League leaders Manchester City continue to impress. With a 4-3 (2-2) win away against Newcastle, Manchester City recorded yet another victory. This means the team has extended their lead in the Premier League and the gap to second placed Manchester U is now 13 points. However, Manchester U have one game in hand. Newcastle are in 16th place in the league.

Newcastle started the match best and took the lead when Emil Krafth scored a goal after 25 minutes, with an assist by Jonjo Shelvey, making it 0-1.

Manchester City equalised to make it 1-1, when Joao Cancelo scored a goal, with an assist by Rodri, in the 39th minute.

The team took the lead just before the half-time whistle as Ferran Torres scored a goal, with an assist by Ilkay Gündogan.

Straight after the break, Joelinton scored and equalised for Newcastle.

With barely 30 minutes on the clock, Newcastle’s Joseph Willock scored a goal and gave Newcastle the lead, what became his sixth goal of the season. The team were unable to score any more goals.

With barely 30 minutes on the clock, Manchester City’s Ferran Torres scored a goal, from a pass from Gabriel Jesus, and equalised.

The team took the lead just two minutes later when Ferran Torres scored a goal and with this completed his hattrick. The goal was his seventh on target in the league this season. Manchester City had then turned the match around. The 3-4 goal was the last goal of the game.

Manchester City have now racked up 12 straight away wins.

Newcastle play Sheffield Utd at home on Wednesday. Man City will face Brighton away on Tuesday. 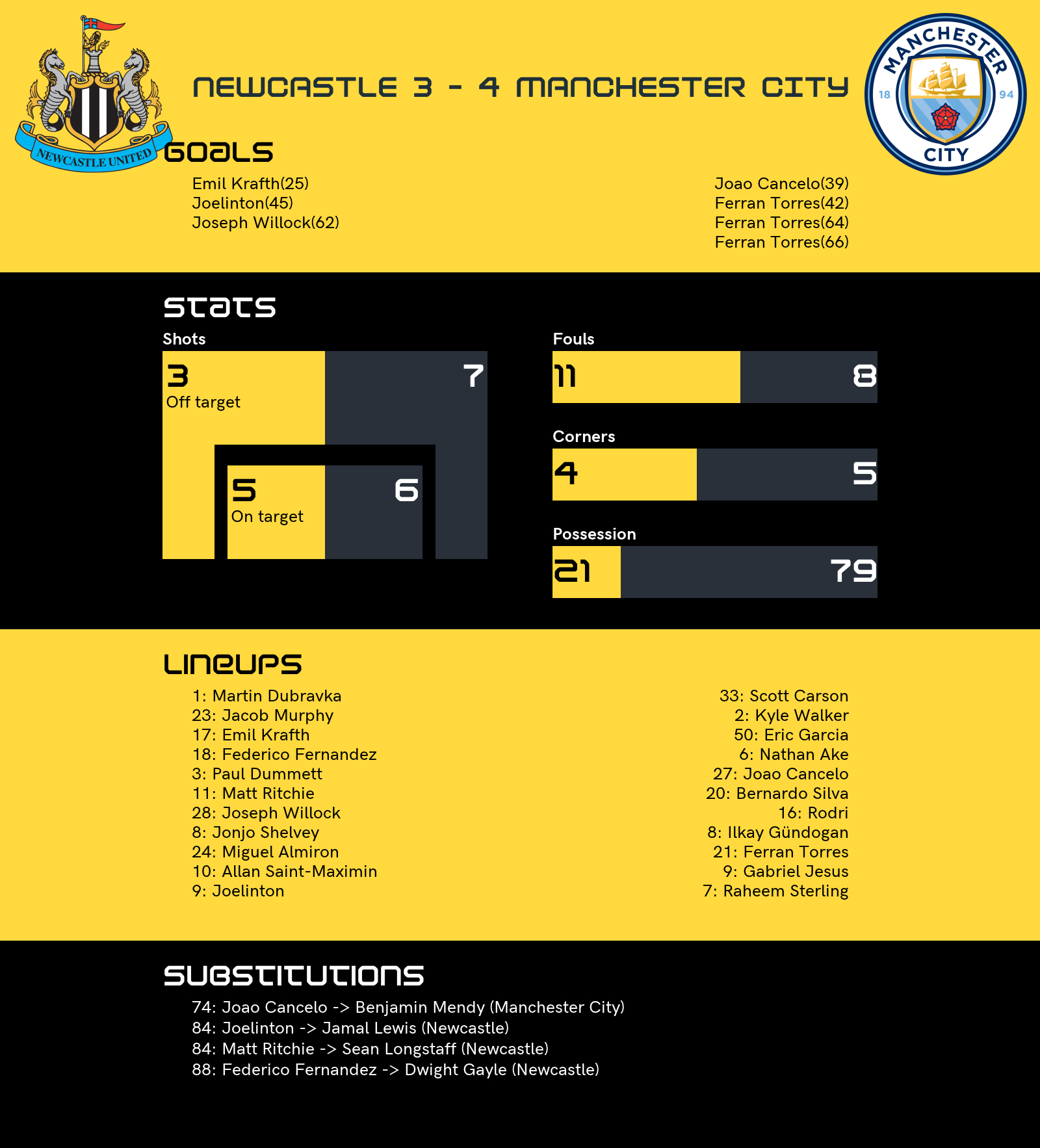