After a goal from Kramaric, Hoffenheim were 1-0 up at half-time, in their away game against Freiburg in the Bundesliga. But then, Freiburg clawed their way back into the game and equalised through Grifo. The game finished 1-1.

Away team Hoffenheim took the lead just before half time when Andrej Kramaric scored a goal, with an assist by Ihlas Bebou. The goal was his 17th on target in the league this season.

Nine minutes left to play, Freiburg’s Vincenzo Grifo equalised as he scored a goal. It was his eighth goal for the season. The 1-1 goal was the last goal of the game.

This means Freiburg are still in ninth place and Hoffenheim are in 11th.

In the next round, Freiburg take on Hertha away at Olympiastadion on Thursday. Hoffenheim play at home to Schalke on Saturday. 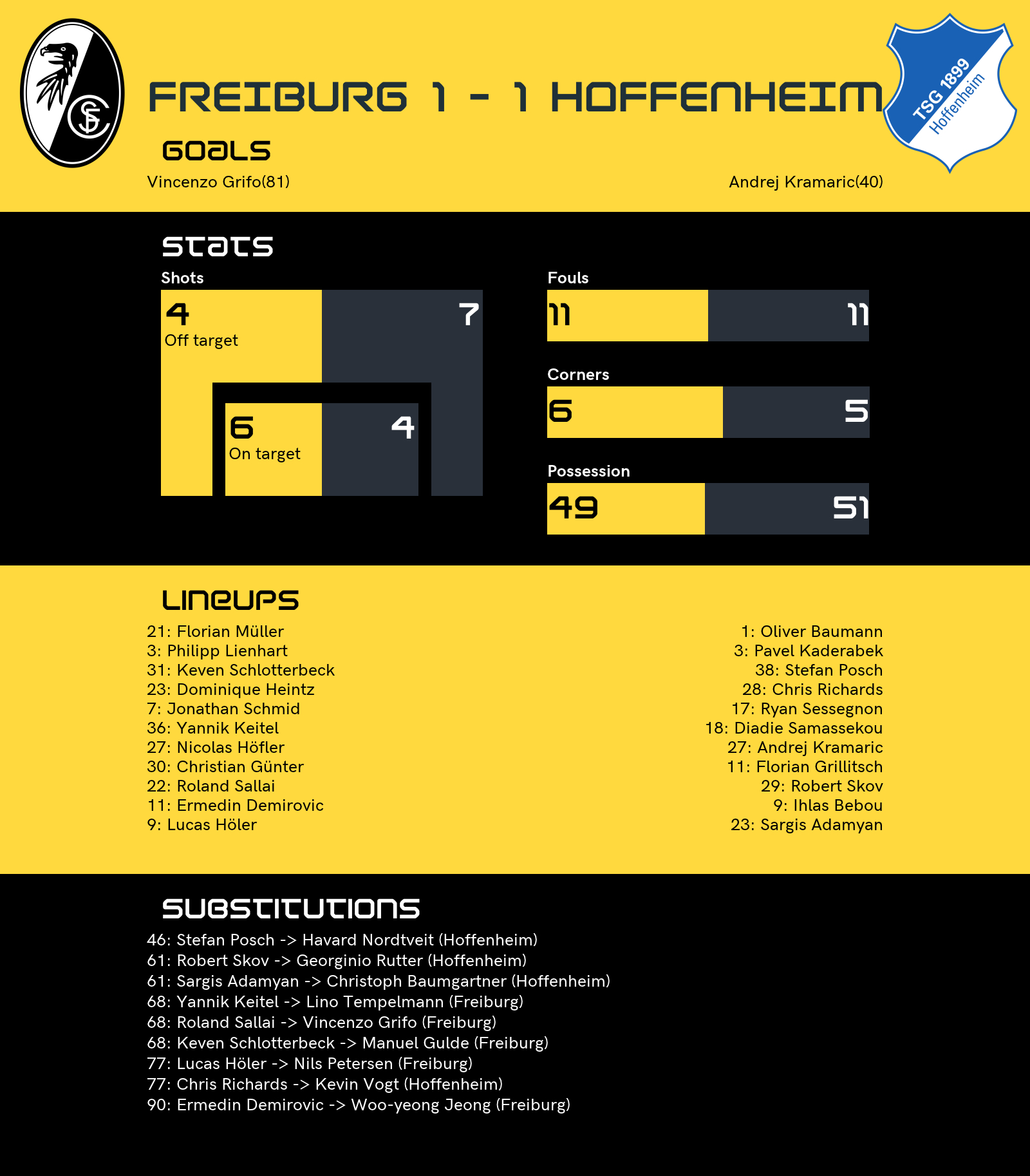