There was no real shape to the match until West Ham took the lead just on the half-hour mark through Pablo Fornals, who scored a goal, making it 1-0.

The team also increased their lead to 2-0, as Pablo Fornals scored yet again. This time he scored a goal, with an assist by Vladimir Coufal, in the 33rd minute.

West Ham increased the lead even more as Declan Rice scored a goal, with an assist by Pablo Fornals, in the 86th minute. The 3-0 goal was the last one of the game.

West Ham have 3 wins, 1 draw and 1 loss with a 9–4 goal difference in the last 5 games, while Southampton have 2 wins and and 3 losses and a 6–9 goal difference.

The results in the last round mean that West Ham finish in sixth place and Southampton in 15th. 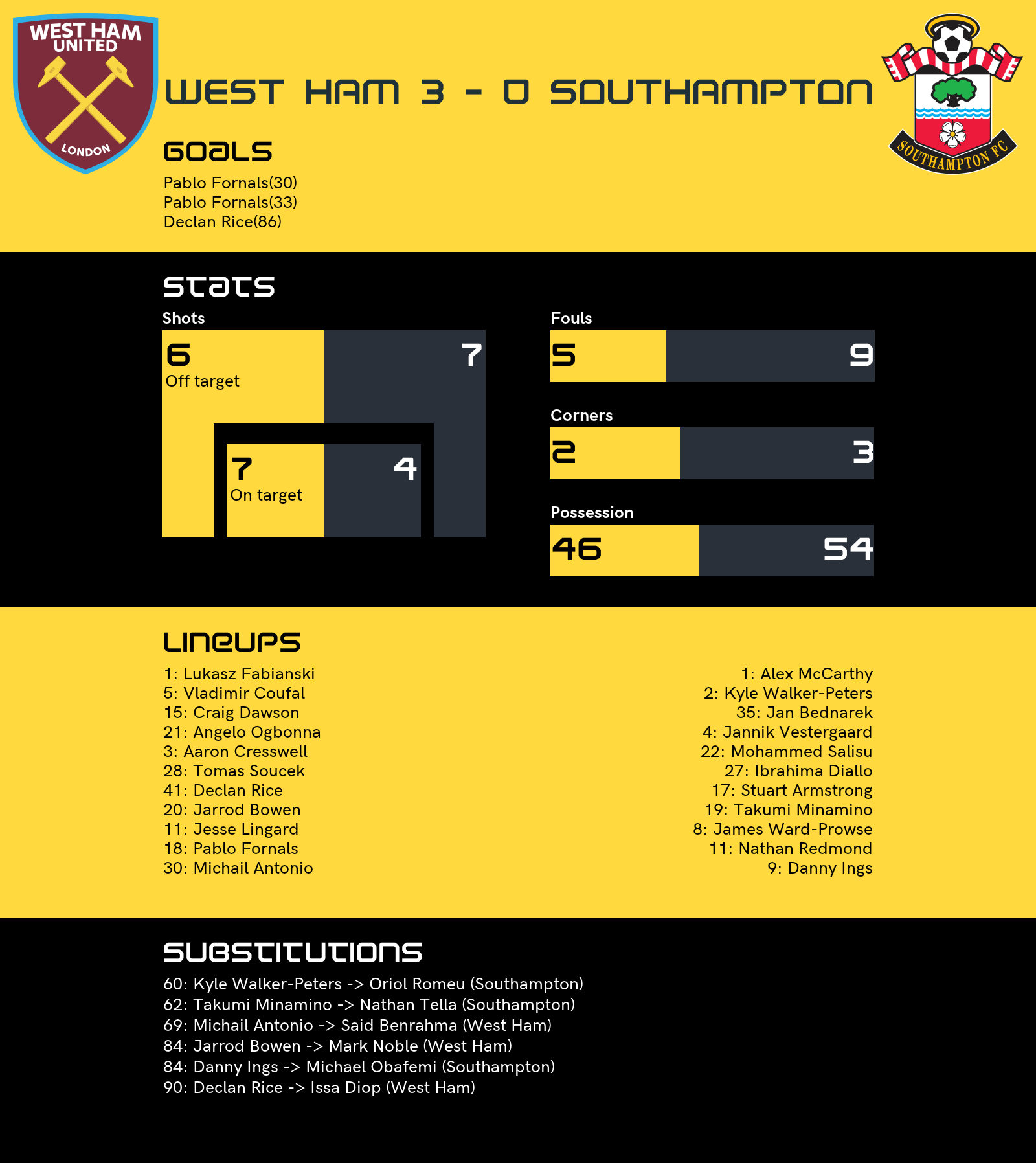