Queens Park Rangers won 1-0 away to Swansea City in the Championship. The only goal of the game came in the second half through Dykes.

Goal was scored right at the death with one minutes left to play, when Lyndon Dykes scored a goal made it 1–0 for Queens Park Rangers.

With three games remaining, Swansea City are in third place in the table and Queens Park Rangers are in eighth.

Next time Swansea City will play against Reading on Sunday at Madejski Stadium. QPR take on Norwich at home on Saturday. 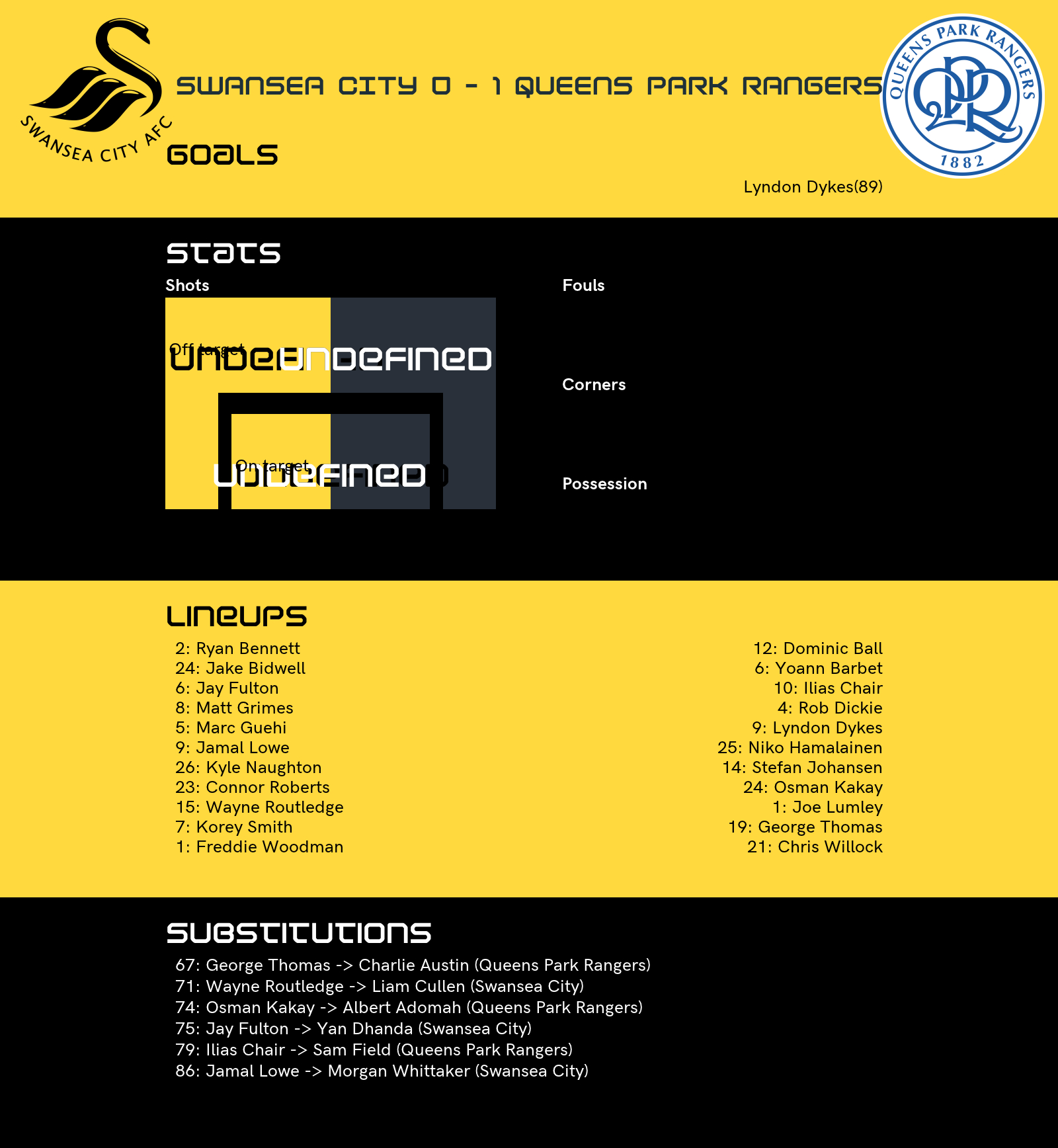