Crotone have gone through a tough spell in the Serie A with a run of six successive defeats. But after the 3-4 (1-3) win against Parma, things are looking brighter.

Crotone scored the first goal when Lisandro Magallan scored a goal in the 14th minute, with an assist by Adam Ounas, making it 1-0.

Parma equalised to make it 1-1 after almost half an hour’s play as Hernani scored a goal, with an assist by Andreas Cornelius.

Crotone took the lead just before the half-time whistle as Simeon Nwankwo scored a goal, with an assist by Adam Ounas.

Straight after the break, Adam Ounas scored and increased the team’s lead.

In the 49th minute, Gervinho scored a goal, with an assist by Andreas Cornelius, to reduce the score for Parma.

The team equalised to make it 3-3 just five minutes later as Valentin Mihaila scored a goal.

Crotone’s Simeon Nwankwo also scored goal, in the 69th minute as he scored a goal. This brought the final score to 4-3.

The result means Parma stay in 19th place and Crotone are anchored at the bottom, in 20th.

Next time Parma will play against Torino on Monday. Crotone take on Inter at home on Saturday. 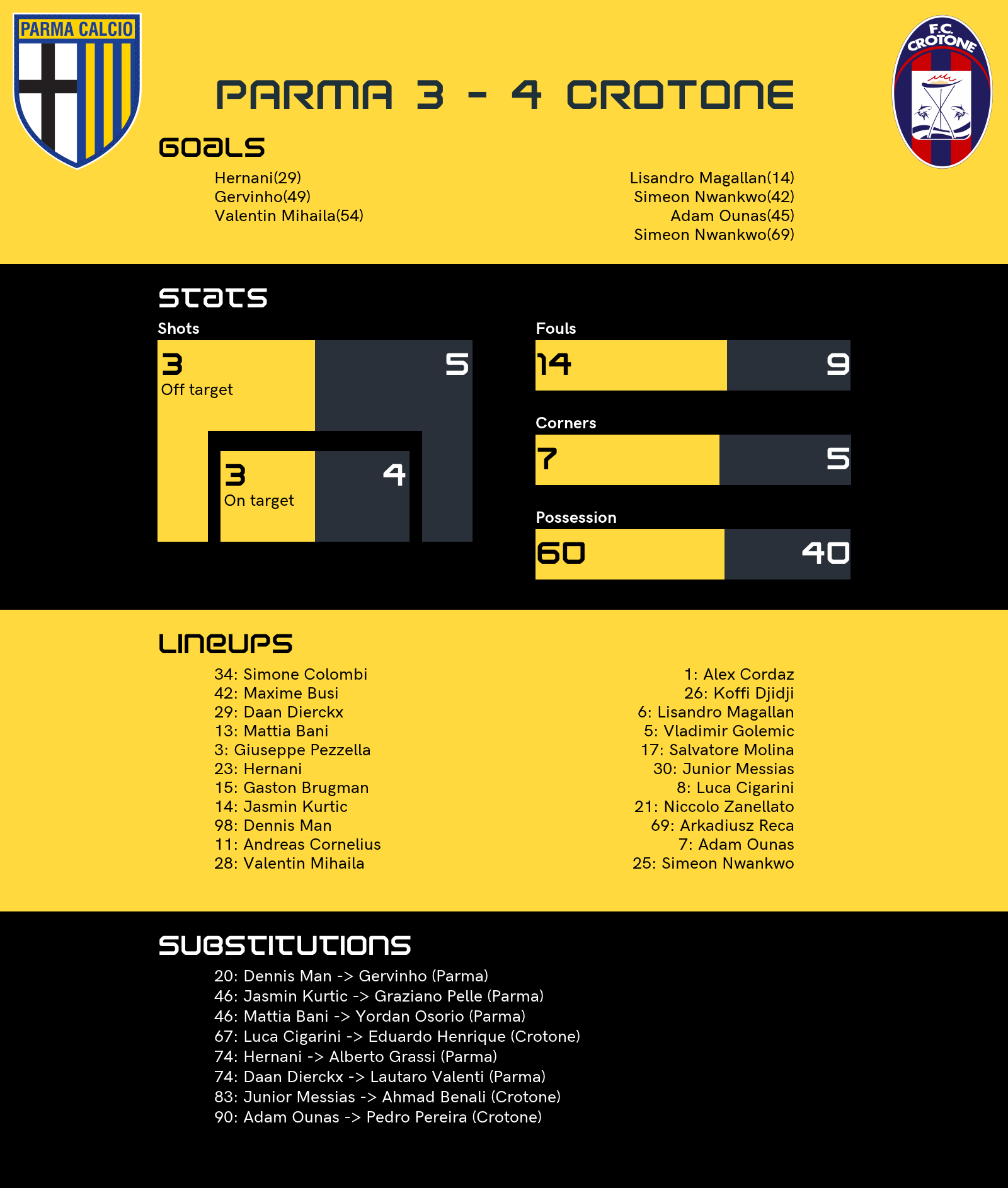