It was a goalless first half in the Bundesliga match between Union Berlin and the visitors Red Bull Leipzig at Stadion An der Alten Försterei on Saturday. But in the second half, Union took control and ultimately won the game 2-1.

The first half finished 0-0 and it took until the 55th minute before Justin Kluivert scored a goal, with an assist by Christopher Nkunku, to give Red Bull Leipzig the lead.

In the 67th minute, Marvin Friedrich scored a goal, from a pass from Christopher Trimmel, to equalise for Union Berlin.

The deciding goal came in the 90th minute, when Max Kruse scored a 2-1 for Union Berlin, with an assist by Sheraldo Becker. The goal was his 11th on target in the league this season. Kruse then completed the team’s come back. 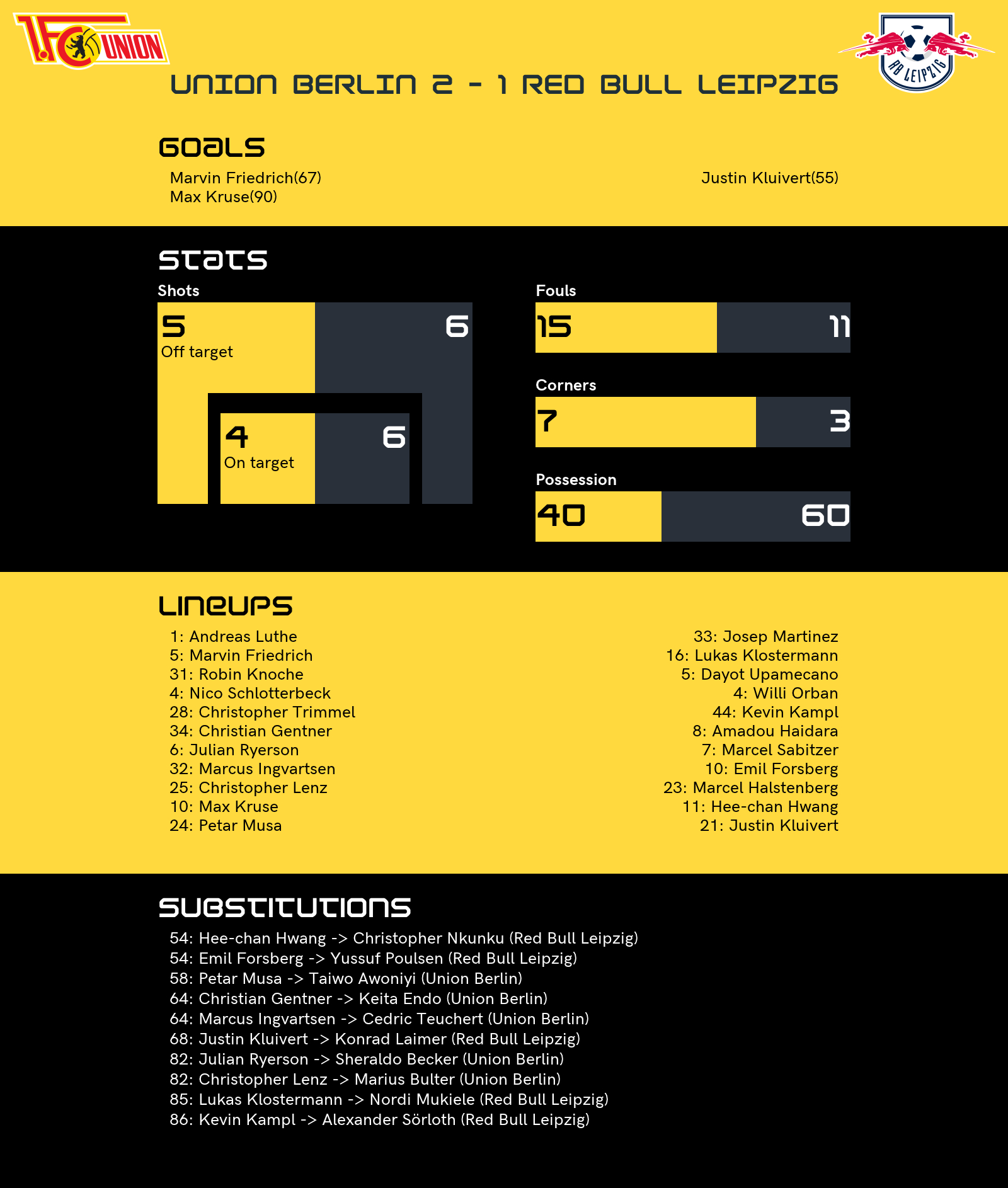