Arsenal continue to go from strength to strength in the Premier League. When the team played Crystal Palace at Selhurst Park on Wednesday, they claimed yet another victory. Arsenal won the game 3-1 (1-0) and now have four successive wins.

The match was even in terms of goals until Arsenal took the lead in the 35th minute through Nicolas Pepe, who scored a goal, with an assist by Kieran Tierney.

With barely 30 minutes on the clock, Crystal Palace’s Christian Benteke scored a goal, from a pass from Andros Townsend, and equalised, what was Benteke’s ninth goal of the season.

The 1-2 goal to take the lead came in the 90th minute, when Gabriel Martinelli scored a goal for Arsenal, with an assist by Martin Ödegaard.

Arsenal’s 1-3 came straight after when Nicolas Pepe scored, in the 90th minute. The goal was his eighth on target in the league this season. The 3-1 goal was the last one of the game.

With one game remaining, Crystal Palace are in 13th place in the table while Arsenal are in ninth.

On Sunday, Palace will host Liverpool at Anfield and Arsenal will host Brighton. 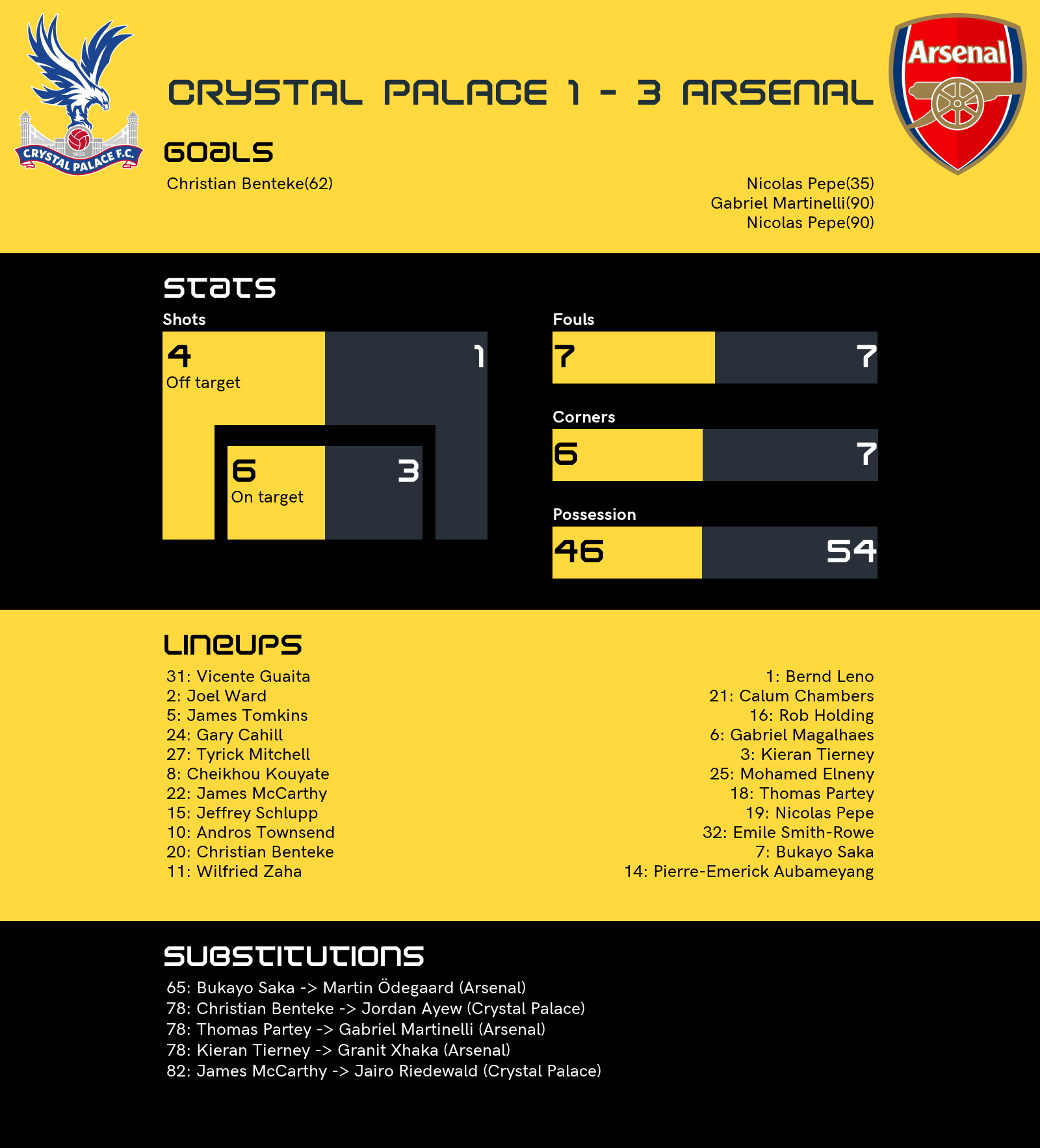