Sassuolo’s difficulties appear to have come to an end. When the team played Milan at away on Wednesday, they secured yet another victory. The final result was 1-2 (1-0), meaning that Sassuolo now have three victories in a row in the Serie A, after having a tough time recently.

It was 0-0 until Milan took the lead just on the half-hour mark through Hakan Çalhanoğlu, who scored a goal, with an assist by Alexis Saelemaekers, making it 1-0.

Giacomo Raspadori equalised for Sassuolo, with an assist by Jeremy Toljan, in the 76th minute.

With seven minutes left to play, Sassuolo’s Giacomo Raspadori scored the decider as he scored a goal, with an assist by Domenico Berardi. Raspadori then completed the team’s come back. The 1-2 goal was the last goal of the game.

Milan remains in second place and Sassuolo is in eighth.

Milan play Lazio away on Monday. Sassuolo will face Samp at home on Saturday. 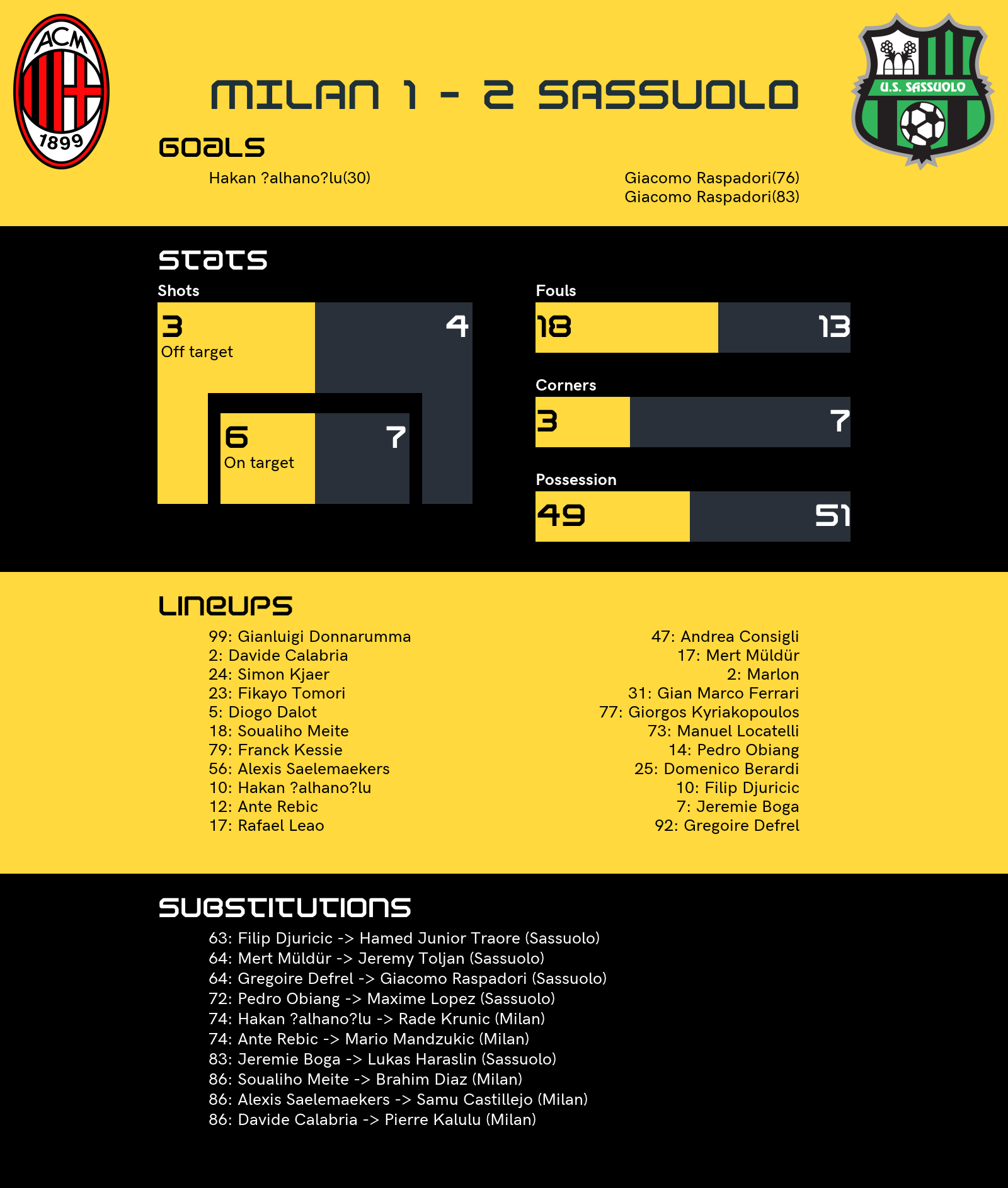